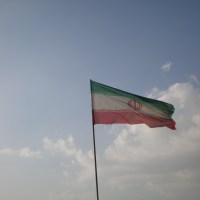 It’s impossible to predict what would have happened next, if President Trump hadn’t called off airstrikes against Iran last week.

How would Iran retaliate? Where would things escalate from there? And where would they stop?

No one can say. And that’s the real issue here.

And all this came after a lot of other stuff, going all the way back to 1953, when the US and the United Kingdom orchestrated the overthrow of Iran’s democratically elected ruler.

You can’t predict how conflict escalates, or how it spirals out of control before you even know what’s happening.

No one thought the murder of an Austrian archduke by a Yugoslav nationalist would trigger a global war killing over 16 million people. No one could imagine such catastrophic consequences as European nations became increasingly polarized in the decades leading up to World War I—or as they raced to stockpile weapons.

No one thought that Iraq and Iran would become embroiled in a years-long war when Baghdad and Tehran expelled each other’s diplomats in 1980. Saddam Hussein certainly didn’t see this possibility when he invaded the southwest corner of Iran. He expected the mostly Arab population there to greet his forces as liberators. Saddam was sure that Iran, still emerging from the 1979 Revolution, would capitulate quickly. Instead, both sides fought an eight-year war of attrition. Before it was over, a million people were dead.

No one thought American troops would still be in Afghanistan 19 years after 9/11. By the same token, no one thought the Soviets would occupy Afghanistan for nearly a decade in the 80s, or that it would end in failure. Certainly no one in America thought we’d end up fighting some of the same forces we armed a generation before to resist the Soviets.

No one at the time predicted how any of these situations would eventually turn out. And no one can say where escalation with Iran will lead, either. Those promising a swift, decisive outcome to any war with Iran forget that history is littered with such broken promises.

None of this is to say that Iran does not pose a threat or that a forceful response is automatically the wrong one. But when we only seek to escalate—when our only response is to leapfrog the other side’s latest provocation in a bid to appear strong—we paint ourselves into a corner.

This is equally true for decision-makers in Washington and Tehran.

President Trump said on Twitter that he called off the airstrikes after asking how many people would die. (The estimate given was 150.)

….proportionate to shooting down an unmanned drone. I am in no hurry, our Military is rebuilt, new, and ready to go, by far the best in the world. Sanctions are biting & more added last night. Iran can NEVER have Nuclear Weapons, not against the USA, and not against the WORLD!

While we can debate the appropriate time during a military operation to ask for a casualty assessment, let’s not lose sight of the larger point: this is a question we should always ask. But if the question is about one immediate airstrike only, it’s too small a question.

The truth is, we can never answer with absolute certainty. And that should weigh heavily on us. Because none of us can predict or control where a policy of escalation will lead us. Given enough time, we may find ourselves—and our enemies—with no good way to climb down.

The president has said repeatedly that he does not want war with Iran. He has offered to sit down with Iranian leaders without preconditions, as he has done with North Korea.

Better to change his mind 10 minutes before the missiles launched than 10 minutes after. Even better would be for both sides to change the rhetoric that makes this situation more volatile by the day—and conflict more likely.

Not to trade strength for weakness, but escalation for engagement.