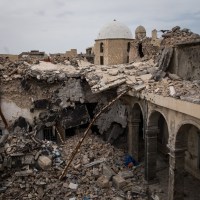 “Iraqi Christians used this part of the church to care for orphans. Then ISIS used it for something else…”

He may not have wanted to say it, but I asked anyway.

“ISIS used it to train child soldiers. They saw it was set up for children, so I guess they thought it was perfect.”

What a horrible use of that word.

After a while, you learn to read the rubble, and this rubble screams “children were here.”

Tiny sandals and coloring books. Dolls alongside bullet casings and burned hymnals. Broken slabs of marble with inscriptions about love from the Gospel of John. An exploded mortar round peeled open like a banana. A moldy Avengers shirt.

A few years ago, I would’ve tripped through this kind of destruction and just assumed the place was done. It’s just done. That’s a word people often use for Iraq or Syria:

Don’t bother hoping or helping or waiting around for healing anymore. It’s done.

The biggest problem with this view, of course, is history.

Beirut was declared “done” in the 1980s, and now it’s a flooded with tourists.

The Nazis figured London would “done” after months of nightly air raids.

Hiroshima, Nagasaki, Prague, Berlin, Warsaw, even Chernobyl—all cities people assumed were done. Even now, just months after being declared “done,” cities across Iraq and Syria are coming back to life.

Life has a way of quietly persisting, insisting, resisting.

Life isn’t just some passive force. Life is the original rebel. Life is the revolution. It won’t be stopped. People may ignore it, but they’ll never stop it. 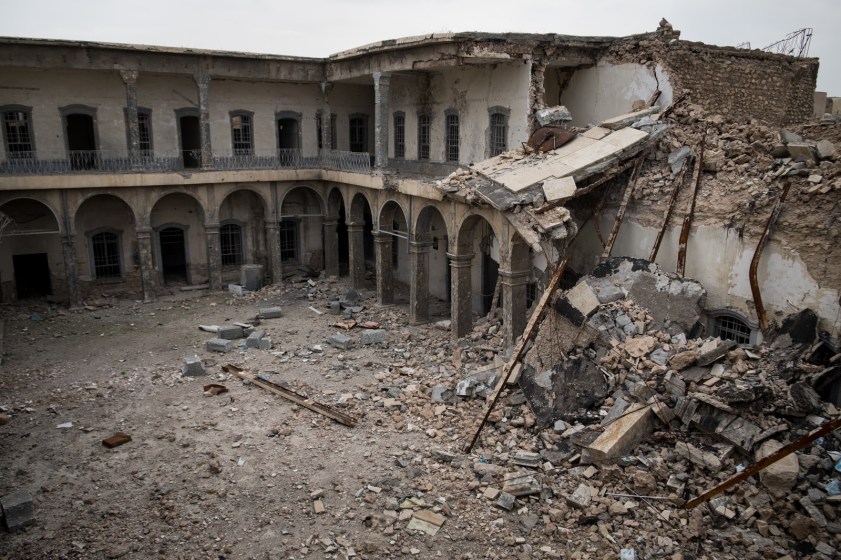 So I sat in that Mosul rubble, but I didn’t feel hopeless. Lament for what’s been lost, yes. Mourning and weeping with the hurting, absolutely.

But don’t ever forget that life will persist. Looking at all this destruction, thinking about orphans and child soldiers and pain upon pain, the question for us is, will we only see what’s easy to see? Or will we see life poking up through the brokenness?

Will we see the obvious? Or will we train our eyes and hearts and souls to see undeniable, irresistible life poking through?

This place was an orphanage founded on love. Then it was a barracks where children were brainwashed into fighting.

What will it be next? What will this place become? Something glorious, I hope.

It will be a while, but it’s inevitable.

For now, we wait. We work. We love anyway.