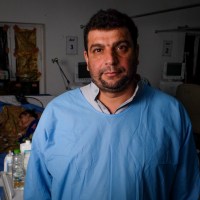 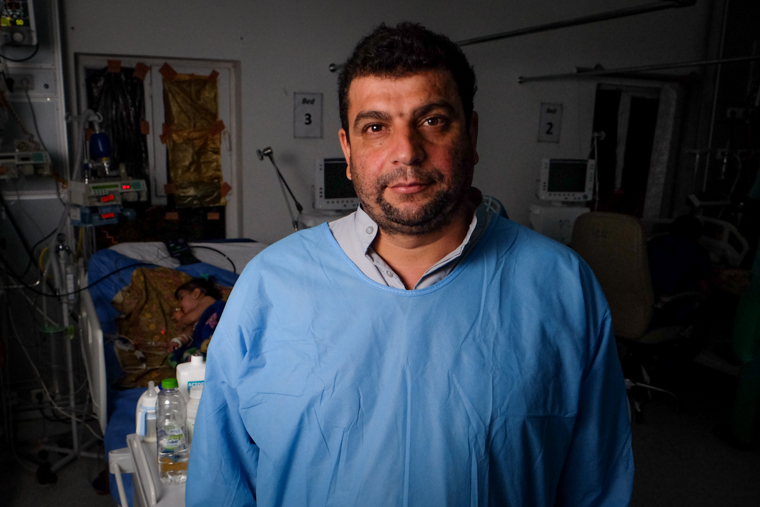 But that’s just the short version of her story. The full tale is a bit more harrowing. Shareef—pictured with his daughter behind him—recently escaped ISIS with his wife and their half dozen children. Like so many, they fled east with little more than a wad of cash and the clothes they were wearing, but Shareef had an even bigger problem.

As if things weren’t bad enough, doctors in Mosul had recently given Shareef some bad news: his daughter needed heart surgery immediately. Before fleeing ISIS, they had considered sending Zainab out of Iraq to a place like India, but there was no way they could afford it. So, with one eye on his little girl and another over his shoulder, Shareef drove into the night with no idea what lay ahead.

He started in Kurdistan but couldn’t find a doctor capable of saving his daughter. Her heart defect was too complex, and hospitals there were overcrowded with refugees and Kurdish patients needing surgery—the list was too long, and he knew his daughter was running out of time. He continued south.

“When we reached the border of Kurdistan, I realized I’d have to take my family through an ISIS-controlled area, about 40 kilometers.”

The Kurdish peshmerga helped escort the family some of the way and then told them they’d need to make a mad dash to safety. If Shareef’s Shia Turkman family were caught, they would almost certainly be killed.

“Thank God, we made it through and never saw any ISIS fighters.” Shareef smiled broadly at this point, obviously still relieved.

The family arrived in Baghdad, hopeful that their surgery was somewhere in the nation’s sprawling capital. But everywhere they went they were rejected. Doctors wouldn’t touch Zainab, saying it was too risky and that they should go out of the country for her surgery.

Discouraged and sick of hearing the same response over and over, Shareef finally got some good news: “After that we heard about a program in Nasiriyah where doctors can save children with almost any heart problem, even the most difficult.”

So they worked their way south, from city to city until they arrived at the heart center. Zainab was admitted for surgery. A few hours into the surgery, doctors discovered that her condition was even worse than the tests had shown. On top of the already life-threatening problems, she had additional defects previously undetected.

It took a couple hours longer than expected, but Zainab’s surgery was a total repair and she is now resting with happy parents in the ICU—after a terrifying journey, Shareef and his family are now resting easy, knowing their little girl’s heart is healed!

You are providing hope to the hopeless! Help serve the most at-risk children like Zainab by donating toward lifesaving heart surgery today! 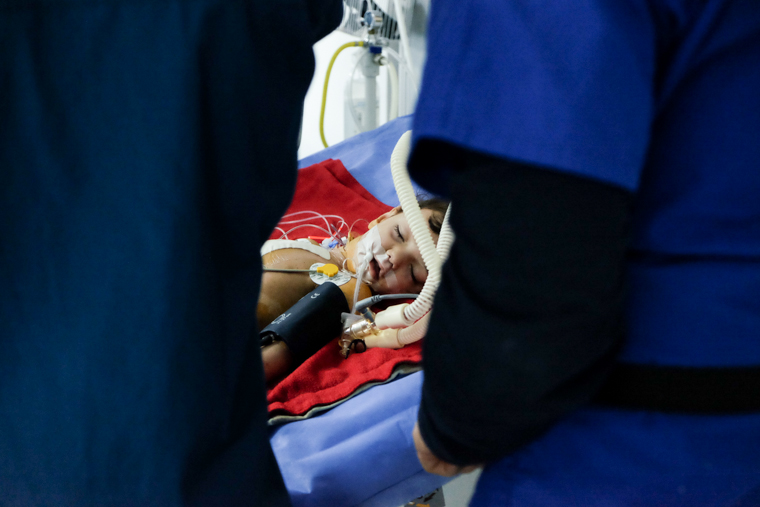