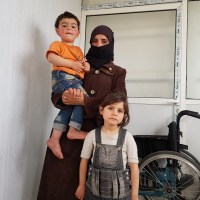 “It feels like your brain is shaking because of the shooting going on right next to us. They rest for a couple of minutes, then they turn it on again… guns shooting over our heads.”

That’s how our teammate Michel described the situation at one of the shelters outside eastern Ghouta, not far from the Syrian capital Damascus. Since last week, thousands have fled—and they’re continuing to arrive.

You can see the bombardment of Ghouta from this location, as if those who made it to shelter need reminding of what they left behind, or what they went through in order to reach some semblance of safety.

Small wooden shelters are being built as fast as families arrive—they fill up quickly. Most of the men are being detained by government forces. “Almost all the women are pregnant,” Michel told us, “and there are thousands and thousands of children.”

The need is overwhelming.

Many families hid for weeks in underground shelters. Many are injured or ill. The mobile medical clinic you helped send to the frontlines last week is seeing as many as 300 patients per day. 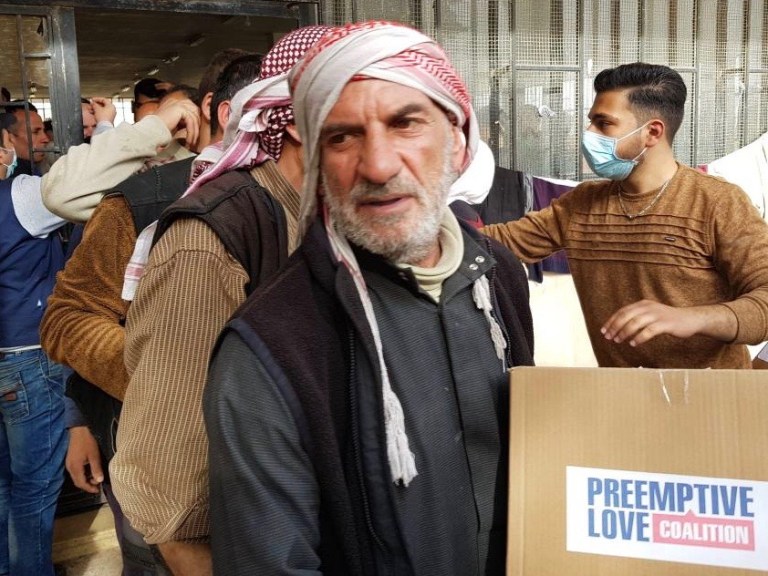 You’re providing hygiene kits with women’s sanitary pads and other essentials to restore dignity and protect families from disease.

You’re providing clothing to those who fled with nothing.

“They have nothing with them,” Michel confirmed. “They come along just as they are.”

The situation in and around eastern Ghouta is dire.

More than 300,000 people are still believed to be trapped in the active conflict zone. But your love is on the ground, giving families their first taste of hope after years of war.

You’re making it possible for children like 7-year-old Bayan to smile—and even sing again.

Thank you for showing the families of eastern Ghouta they are not forgotten or alone.

Please continue to stand with them in the weeks ahead.