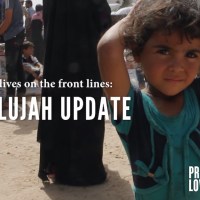 The battle for Fallujah entered its third week yesterday. Many families have begun to flee, but thousands more remain trapped—including an estimated 20,000 children. It is widely reported that ISIS is using them as human shields in an effort to slow the Iraqi military advance.

As the battle wears on, the humanitarian crisis continues to escalate—but you are there too, providing vital aid to families both inside the militarized zone and in the displacement camps.

Here is the latest from the Fallujah crisis.

As desperation grows, families are looking for any way out. In recent days, many have tried crossing the Euphrates River by whatever means available: makeshift boats or simply by swimming across. More than a dozen people are thought to have drowned, including children.

Those who flee also have to evade ISIS snipers, who have threatened to kill anyone trying to escape.

Crisis in the camps

Escaping Fallujah does not mark the end of the ordeal for exhausted, hungry families. Those arriving at the main camp near Amiriyat al-Fallujah (about 20 miles outside Fallujah city) are met with a dire lack of resources, including food.

As the New York Times reported this week:

Aid workers expressed frustration at their inability to meet the basic needs of civilians caught up in the war—there is not even enough fresh drinking water in the camps, officials said. There is always this question: Why is there always so much more money for military operations than for water and food for the civilians uprooted by them?

Many of the families at Amiriyat al-Fallujah have nothing—not even a tent to sleep under. On a recent visit to the camp, we met families who were sleeping on the dirt, without food. PLC and other aid partners are struggling to keep pace as the camp population swells.

Following our distribution inside the militarized zone last week, we reached out to aid organizations in the camp at Amiriyat al-Fallujah, including the International Committee of the Red Cross (ICRC). The response came back: “Please help if you can, as much as you can. The situation is depressing. The camp is packed.”

On Saturday, we began organizing what would have been our second aid distribution since the crisis began, telling parents in the camp, “We’ll be back on Monday.”

“What do you mean Monday?” they answered. “We can’t wait until then. Our children need food now!”

So our team rushed back to Baghdad, working through the night to prepare an unscheduled delivery of emergency rations—milk, biscuits, cooking equipment, and more. When the electricity went out, they continued to work by car headlight. 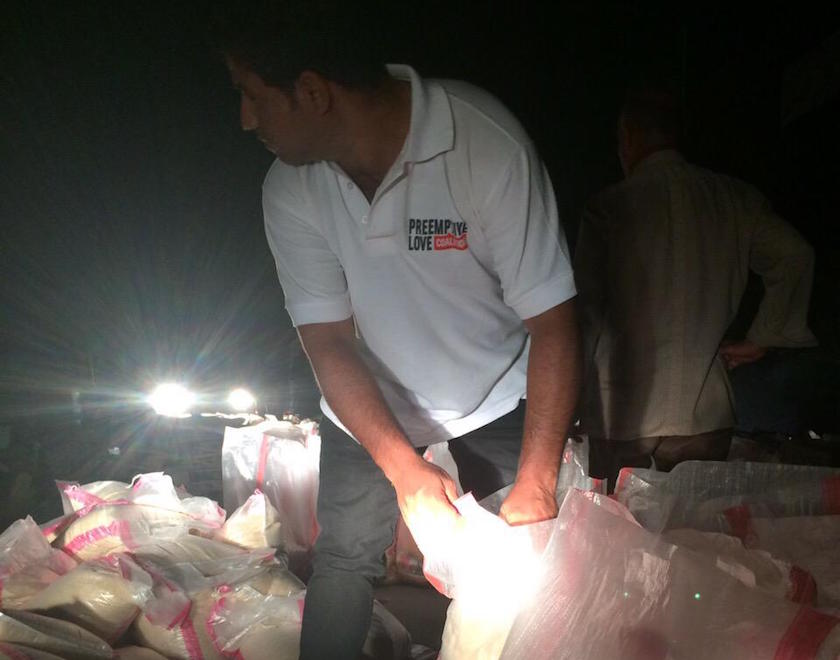 On Sunday morning, they made their way back to Amiriyat al-Fallujah, supplies in tow.

“Please help if you can, as much as you can. The camp is packed.”
– partners working in a displacement camp near Fallujah

Sunday’s response was quickly followed by our third and, to date, largest aid delivery, accompanied by journalists from AFP: 100,000 pounds of food for an estimated 6,000 people in the displacement camp at Amiriyat al-Fallujah. 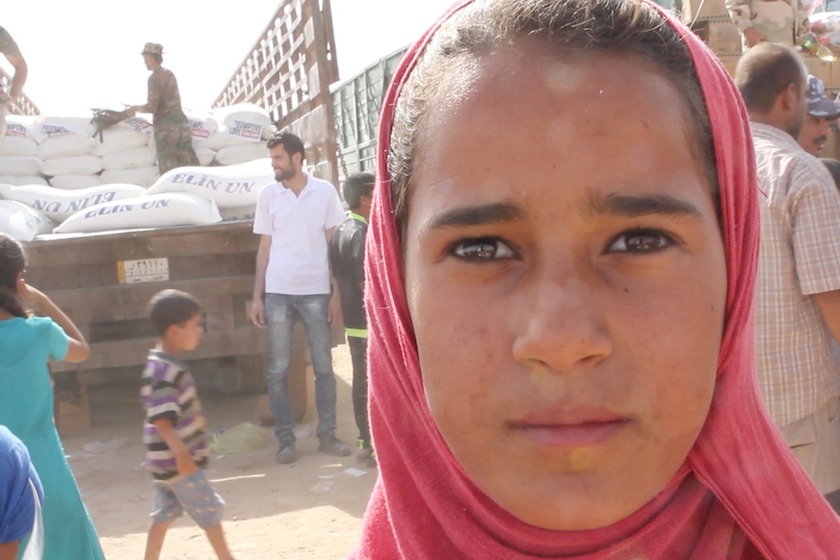 At this moment, we’re planning another 100,000-pound food delivery for families fleeing the violence in Fallujah. And it’s only possible because of you.

Thank for you standing with those caught in the crossfire. We will continue to update you on the crisis in Fallujah.