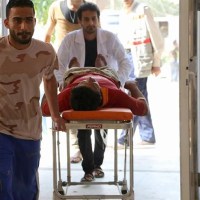 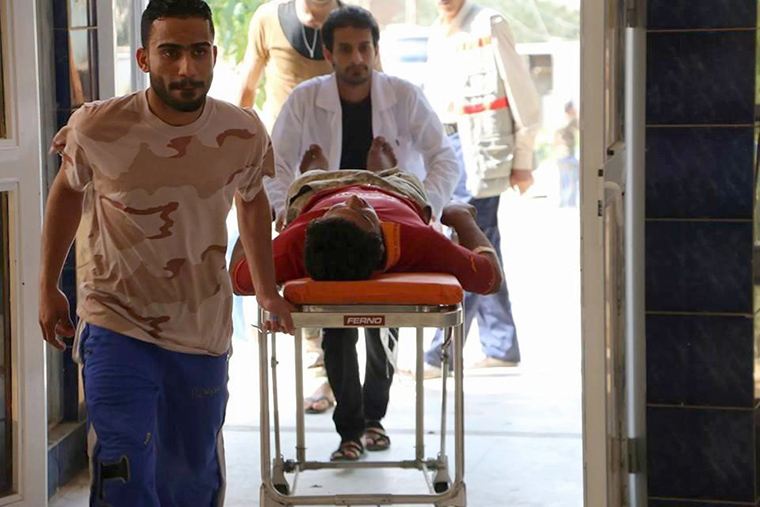 “Our lead surgeon asked for volunteers to come help in Samarra and Tikrit and I offered to come. It’s dangerous, so most doctors wouldn’t come.

We want to help people who are fleeing the extremists.”

Dr. Mohammed Hassen didn’t have to leave Nasiriyah, where he’s one of the resident doctors receiving training at our program there. But we weren’t surprised when we heard that he had.

There is an acute shortage of doctors in Samarra, and an unfortunate rise in the number of people needing treatment. In addition to the many residents already dealing with illness, many in the area were tortured by ISIS—beaten or shot in the legs for cooperating with the Iraqi government or not helping the insurgents. While the need for medical care is rising, resources are shrinking—the hospital in nearby Al Awja, previously controlled by ISIS, was burned out.

There are simply not enough local doctors to keep up with demand. 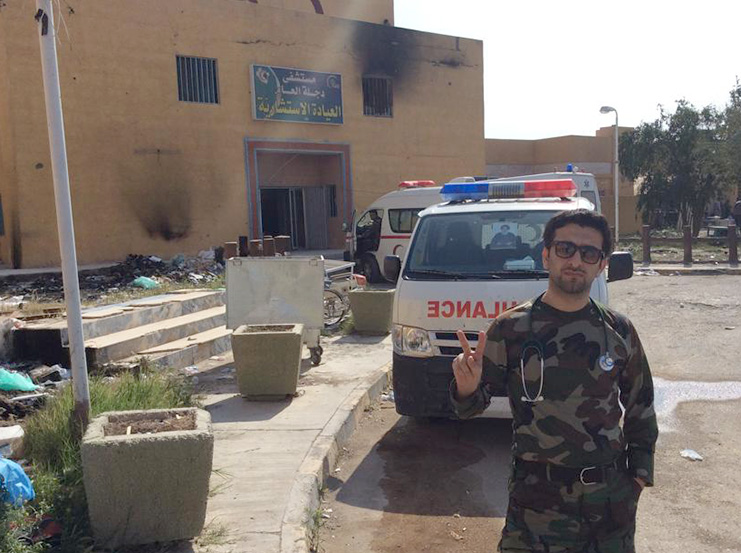 Dr. Mohammed and his fellow volunteers provided medical care and supplies to people in Samarra and the outskirts of Tikrit. Many of those able to flee Tikrit, currently besieged, are hurt.

“We have served a mix of people who fled – Sunnis and Shias. Most people are farmers and poor people who were driven out by ISIS or fled the fighting.” Dr. Mohammed is himself a Shia from Baghdad.

But unlike those threatening his country, he does not discriminate based on culture or religion.

Today, March 30th, is National Doctor’s Day. We naturally think about our highly-skilled international doctors who come to serve the people of Iraq. But we also think about local doctors like Mohmmed.

Not all doctors trained in Iraq choose to stay. There are many cities in Europe and North America which provide more opportunities, higher pay and more peaceful surroundings. But there are many medical professionals who have hope that their country can be different, that The Backlog can someday be eradicated, and that they can make a difference here for people of all backgrounds. It is precisely these doctors we are so honoured to work with. When you donate to provide heart surgeries for Iraqi children, you also provide training for Dr. Mohammed and his colleagues—professionals unafraid to serve where it’s needed most. 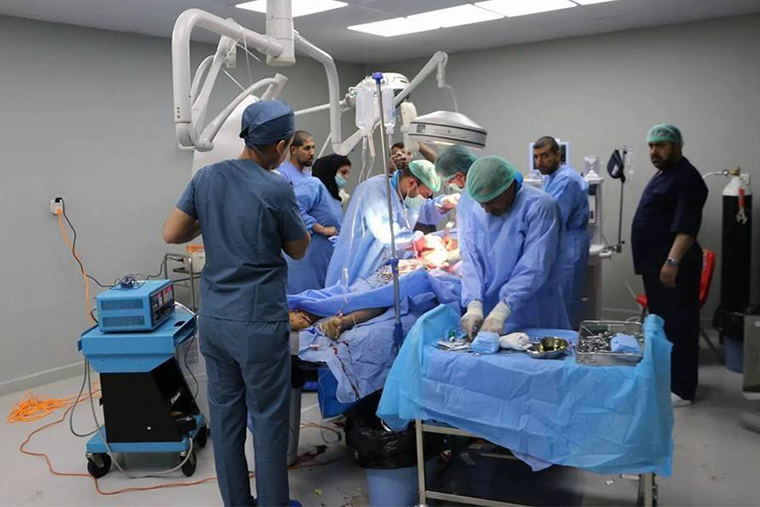