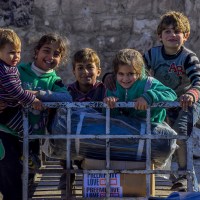 President Trump’s decision to launch 59 Tomahawk cruise missiles at a Syrian airbase raises all kinds of questions. Will it deter the Syrian government from launching future strikes? What is the end goal? Is it to prevent more chemical attacks on civilians? Or full-scale regime change? (There are already mixed signals coming out of Washington.) If this was meant as a narrow, targeted response—degrading Syria’s capacity to launch future chemical attacks—will the US stay focused on this narrow mission, or will we get drawn into something bigger? What about Russia?

These are all important questions. But there is one more question we have to ask. It must not get lost in all this talk about missiles:

What about the children?

This is not vague humanitarian sentimentalism. I’ve walked urban battlefields. I’ve seen the fallout from chemical warfare with my own eyes. And that fallout—it doesn’t go away when the news cycle moves on. Saddam Hussein famously gassed his own people 29 years ago—and the US has been repeatedly fingered for the environmental impact of our depleted uranium munitions in Iraq—and Iraqis are still living with the consequences, passed down from one generation to the next in the form of life-threatening birth defects. This is why I started Preemptive Love Coalition almost 10 years ago—as a response to the long-term fallout from chemical warfare.

The children of Syria could be living with that same fallout for years to come.

A few days ago, we were brought to our knees by the sight of dying and injured children struggling for air, their lungs poisoned every time they took a breath. It was all any of us could talk about. It was all we could see when we closed our eyes at night.

These images had a profound impact on President Trump. According to the White House, they influenced his decision to retaliate against Syria. Whatever other motivations there may have been—some speculate a desire to appear tougher than his predecessor or to boost his poll numbers—there was something about the humanity of those children that visibly affected him. It’s their fragile humanity—the fact that they look like my kids and yours—they’re the same age, the same size, they wear the same clothes. That affects me so deeply, as well.

Whether you agree with Trump’s military actions or not, it is more important than ever that we not lose sight of those children caught up in this conflict.

In the days ahead, we’ll see more of the “made-for-TV” side of Syria’s war—and now, our involvement in it—than the human toll. Footage of battleships and damaged buildings will replace dying children and damaged bodies whose suffering led us to this moment in history.

Because if we lose sight of the children at the center of this war, it will become easier for us to engage the conflict in increasingly damaging ways. A targeted strike on military infrastructure will give way to bigger and bigger strikes. Instead of hitting airbases outside of town, we’ll start hitting “government facilities” inside of cities. Innocent children will inevitably get caught in the bombing, just as they have in Mosul, where more than 1,100 civilians were allegedly killed in U.S. airstrikes last month alone.

Children in rebel- and terrorist-held territory have borne the brunt of these six years of war. But it should be noted that children in government-controlled parts of Syria have so far have been spared the worst effects of it. If we lose sight of the children—or only focus on one group of children—we could be bringing more and more children into the conflict by the day. 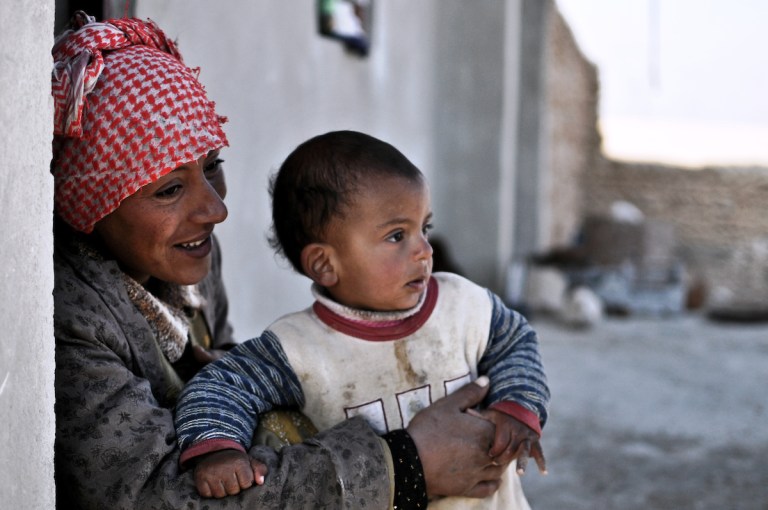 This is why we cannot simply bomb our way to victory. President Trump has a responsibility to uphold a very nuanced view of this conflict—one that takes into account how his decisions will impact all the children caught up in Syria’s war. And we have a responsibility to hold him accountable to this.

We cannot look away when children are gassed with chemical weapons. We have to respond. We have to do all we can to protect them. But ultimately, we cannot bomb our way to peace. Violence unmakes the world—we may be able to stem other’s violence, but we cannot unmake violence itself with more violence. In my own community, we have different views on the use of force—how much and when it’s justified. But we all agree on this: the road to peace is paved with sacrificial love. It means valuing the lives of Syrian children as much as we value our own lives. It means showing up on the front lines with food, water, and tangible acts of love.

As the missiles fly over Syria in defense of innocent children in rebel-held Idlib, let’s not lose sight of the victims themselves or the countless children still in government-controlled Syria who are at risk of being the next victims of war’s seemingly inevitable escalation.

Don’t lose sight of what matters. Help us unmake the violence of war.