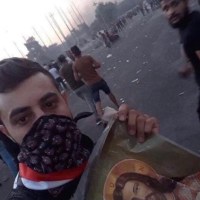 Protests that started in Baghdad earlier in the week–protests for jobs, basic services, and a government free from corruption–have spread to other cities across Iraq’s south. Dozens have been killed, and well over a thousand injured. Internet services in most of the country were shut down and localized curfews put into place to slow the protestors.

Last night, the Prime Minister addressed the nation. He acknowledged the government’s role in the country’s problems. He announced some changes that were planned for the near future, and he asked for patience.

Today, after Friday prayers, one of the country’s most important religious clerics addressed the protests. He acknowledged the government’s role in the country’s problems, called for change, and he asked for patience.

One look at the protesters in the streets will tell you… after two decades of struggle and war, there isn’t much patience left here.

Within the last hour another important religious cleric, and a key member of the current government, called for the government to step down and a snap election to be called. A few minutes ago, the Prime Minister announced he was lifting the curfew, effective 5 o’clock tomorrow morning.

We’re in close contact with our partners and staff across the country, responding to each unique situation. We’re messaging friends and colleagues in Baghdad, and being as present for them as we can be. But when we go to bed tonight in Iraq, none of us can be sure what kind of country will greet us in the morning.

Not about further political unrest, not about potentially rapid change, not about a resurgence of ISIS, though all of that is possible.

I’m worried for the Iraqi people. For their hearts. And for ours.

We all pay the price when we turn away from each other’s pain. We are all too connected to remain unaffected by what happens on the other side of the world—it’s not so far away anymore. 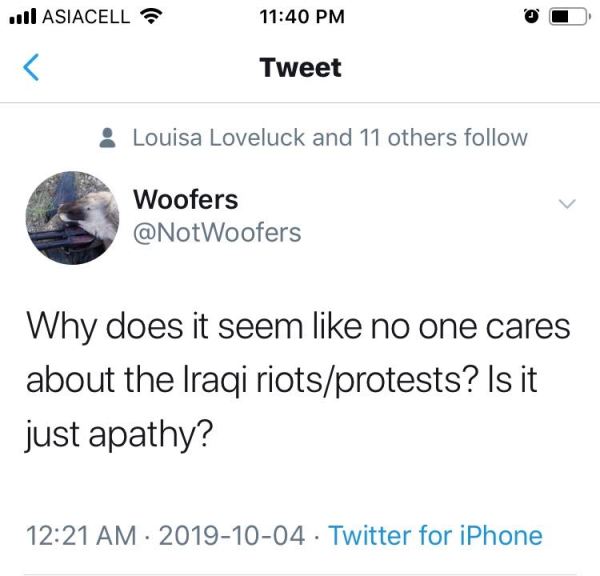 You are the people who care, even when the rest of the world looks away. We can’t stop the current wave of unrest in Iraq, but we CAN address the root causes of conflict and reduce the risk of war—when we provide the jobs and opportunity that the rising generation in Iraq is so hungry for.

Iraq’s young people have so much promise and potential. We see it every day. We are creating jobs and helping launch businesses that offer them another future—but it’s not nearly enough. We urgently need your help to create opportunity for young people across Iraq, so they aren’t consigned to a future of endless war.

We can be the generation that ends war—with and for the rising generation in Iraq. Join us.