EDITOR’S NOTE (01/06/2021): This post was published prior to the 2020 US presidential election, warning about the possibility of political violence. Today, armed rioters stormed the US Capitol in an effort to stop Congress from certifying the results of the election. We’re sharing this post as a reminder that the seeds of war are being sown now, and as a call to stop the spread of violence, before it’s too late.

On a warm spring day, a group of school-aged boys, armed with bottles of spray paint, tagged the walls of their school with graffiti protesting their government.

Neighbors took to the streets, demanding their release. The protests swelled, and before long, police opened fire, killing several demonstrators.

Syria has been at war ever since.

War feels so remote to many of us, that we don’t even know what it looks like when it starts.

Our experience of war is mediated by a screen, by algorithms that reward the most incendiary content. This is the only image of war most of us know: tanks rolling through the desert. Troops running down the street, kicking in doors, guns blazing. Bombs leveling cities to the ground.

It’s such an obvious display of violence that we couldn’t possibly fail to notice if war ever came upon us, right?

This is our image of war. But this is not the reality of war.

The reality of war is everyday life, punctuated by violence. A handful of people, fighting with bullets and bombs, while the rest of us try to maintain some pretense of normalcy.

ISIS overran nearly a third of Iraq. They captured entire cities. Our team knows what it was like. We were often first on the scene, helping those held captive by ISIS as they finally got free.

Yet most Iraqis never picked up a gun, or had one pointed at them. It wasn’t beheadings and bombings every day, even in places run by ISIS. Most people kept going about their daily lives, as best they could—buying groceries, rushing kids to school, gathering with friends when they were able.

Normalcy and upheaval live side by side during war.

The United States has seen an alarming spike in political violence in the year leading up to the presidential election. As summarized in part by The Washington Post:

If you think this kind of violence is something new to the United States, ask someone in the Black community who grew up under Jim Crow or during the Civil Rights era. Ask indigenous Americans whose ancestors were killed and forcibly displaced en masse.

Political violence is part of our history, but many of us have had the luxury of looking away—until now.

We’re on the edge of an election in which some say the future of democracy is at stake—an election where we do not know if one side will concede to the other. We are reeling from a summer of protests and counter-protests—a handful of which have turned violent—triggered by a pandemic, a collapsing economy, and the killings of George Floyd, Breonna Taylor, and other Black men and women by police.

We do not know what kind of world we will wake up to on November 4—but that is in part because some of us have failed to recognize the world we’re already living in. It’s not quite accurate to say “it could happen here,” because it already is happening here.

If you were waiting for some momentous tipping point, some official declaration to signal The Start Of The War, that’s not how it works anymore. To quote a writer who lived through the last days of Sri Lanka’s 25-year civil war:

This is how it happens. Precisely what you’re feeling now. The numbing litany of bad news. The ever-rising outrages. People suffering, dying, and protesting all around you, while you think about dinner.

To be sure, the United States is not Sri Lanka. Or Syria. Or Venezuela. Or Iraq. It has older and stronger democratic institutions. It largely maintains the aspiration of democracy, even when it fails to live up to the reality of it for all its members. Many of its power structures are decentralized across the 50 states in a way that would make it difficult for political collapse to engulf the entire system.

Yet the US is facing a moment many of us have not lived through before. The risk of post-election violence is the highest it’s been here for nearly 150 years. The number of Americans who view their political adversaries as an existential threat has grown by nearly a third. The percent of voters—Democrats and Republicans alike—willing to entertain violence to achieve their political aims rose sharply from 2017 to 2019.

When you think your enemy is an existential threat, then of course it’s easier to consider violence. This is how nearly every war begins—and the United States is no exception.

The root of every war is fear.

Behind the War on Terror and the US-led invasion of Iraq was the fear that “they” would get us if we did not get them first. It’s the same fear that says “I have to protect me and my own from them.”

No one imagines themselves the aggressor, even when it’s a war they started. Not the Proud Boys. Not Antifa. Not the police. Not Black Lives Matter. Everyone sees themselves as defending something—their bodies, their way of life, their people—against an outside threat.

Now, this is not to suggest a false equivalence between causes or groups. Nor is it to say that every perceived threat is just as real as, say, the threat to those who are Black. There are not two legitimate sides in the struggle between white supremacy and Black lives, between pluralism and those who exclude or eliminate religious rivals, or between LGBTQ+ people and those who oppose their humanity and dignity.

The fear that fuels how many of us vote—and how we’ll respond to the election outcome, whatever it may be—is the fear that the other party in its entirety represents a wholly abhorrent, existential threat.

It’s a scarcity mindset, the assumption that one group’s flourishing comes at the expense of someone else’s. It’s a failure to imagine a world where all of us could rise together. This fear is exploited again and again by those who gain and maintain power by sowing conflict and division.

But fear alone is not always enough to lead to violence. To initiate an act of violence—to be the aggressor—your brain has to be conditioned to see your enemy as less-than-human.

Often it starts with the language we use. When we characterize people as “monsters,” “animals,” “vermin,” or “parasites,” we’ve already begun to diminish their humanity in our eyes. When we trade in caricatures and sweeping generalizations—when every political opponent is automatically a “fascist” or a part of the “radical left”—we’re no longer debating ideas. We’re removing the other person’s humanity from the equation, so we can wage war against them without disturbing our conscience. Once the other side is an existential threat, the only rule of engagement that remains is survival of the fittest.

When Republicans and Democrats in the US continually escalate their rhetoric against one another, it’s easier to imagine civil unrest as the most likely outcome to the election. 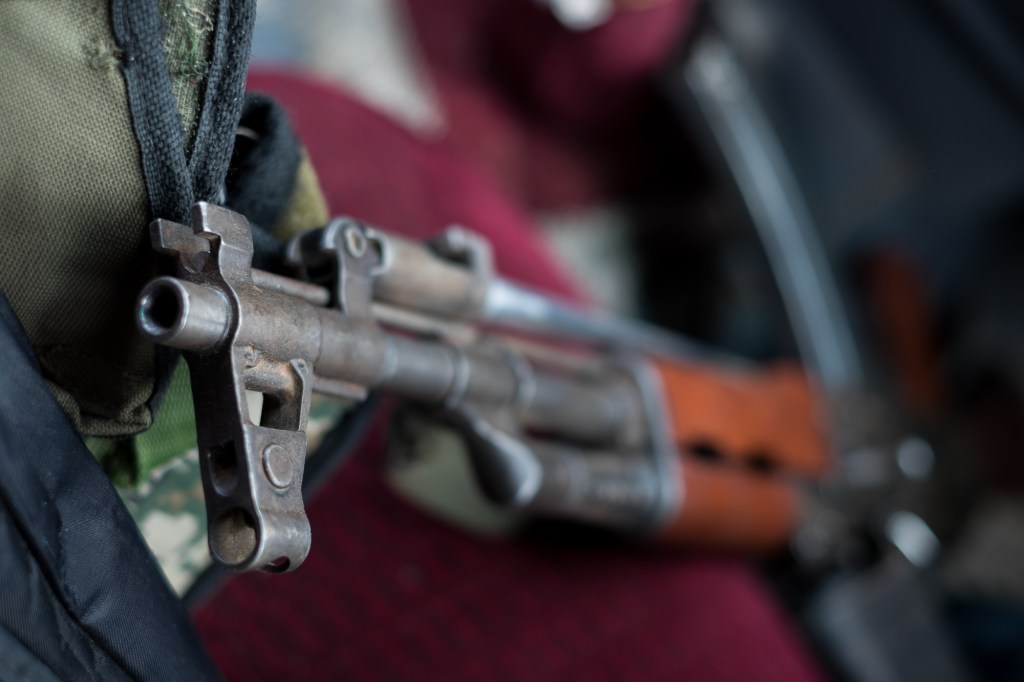 It won’t take 300 million Americans picking up arms against each other to spark a second civil war. Less than 10% of Americans living during the 1860s participated in the last Civil War.

It won’t look like bombs and bullets and rubble everywhere. Walmart would still be open. DoorDash would still deliver. The illusion of normalcy masks a thousand ways in which we tear each other apart. How do we know this? Because this is what our team experiences every day in Iraq, Syria, and Venezuela.

Most likely, it will look like smaller, radicalized groups engaging in sporadic acts of violence, which can have far-reaching effects. These acts can increase public support for more political violence, fueling an ever-escalating cycle. And as we’ve seen so many times in places like Syria, Iraq, Lebanon, and Venezuela, it only takes the actions of a few to bring an entire society to the brink of collapse.

Someone has to take the first step.

Someone has to break the cycle.

There is a lot we cannot control in moments like this. But we can decide what kind of people we will be—and what we will do in the aftermath of all that’s been unmade this year.

We can choose to remake our world.

No matter what happens on November 3, we can move forward together. As a first step, we will gather in the days after the election to process, reflect, and plan.

Bring your frustrations and fears, your questions and hopes—and join us. Everyone is welcome.

Stay informed on the latest from the frontlines of conflict.