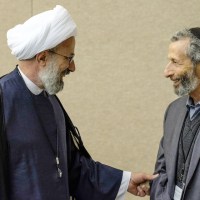 “I never thought I would hear such words of acceptance.”

Last month, we introduced you to Sofia Ali-Khan, whose Facebook post went viral, encouraging non-Muslims to speak up for their Muslim neighbors in the wake of increasingly hostile rhetoric aimed at Muslims in the US. But it’s more than just rhetoric—there’s been a documented rise in violent attacks against Muslims in the US.

But we can respond to fear with both our words and our actions.

That’s what preemptive love does. It reaches across “enemy” lines, both real and imagined. Preemptive love builds relationships where fear and mistrust dominate.

Pittsburgh-area religious leaders are providing a beautiful example of this, as reported recently by TribLIVE.com.

It began last November, when Rev. David Carter, pastor of First United Presbyterian Church of Crafton Heights, felt compelled to do something after the Paris attacks. He invited several area Muslim leaders to an interfaith dialogue at his church. During their time together, one of the visitors commented, “I never thought I would hear such words of acceptance from a Christian.”

He and other religious leaders in western Pennsylvania are showing all of us how we can wage peace in the face of fear. Their example offers four things each of us can do to build bridges.

The relationship between Rev. Carter’s church and the local Islamic center began with an email stating the obvious: “I imagine this is probably a difficult time to be a Muslim in America,” Rev. Carver wrote to his Muslim neighbors.

Acknowledging someone’s pain or fear—whether or not we fully understand it—can open doors in ways we might not expect. It creates the conditions necessary for trust to grow on both sides.

“There is a tendency to believe what we’re fed,” Rev. Carter said in the interview. “If fear is what’s being served up, that’s what we believe.”

The antidote? Listening to someone else’s perspective. If the only voices we hear are the ones that confirm our preexisting fears and assumptions, we’ll never be able to see anything else.  “It’s very important to know about other faiths and to be able to respect them,” says Mehdia Tariq, who belongs to a mosque in suburban Pittsburgh.

“It’s the ignorance that causes so much fear in one’s heart,” adds Tahira Ahmad-Khan, another member who meets regularly with Muslim and Jewish women in the area. 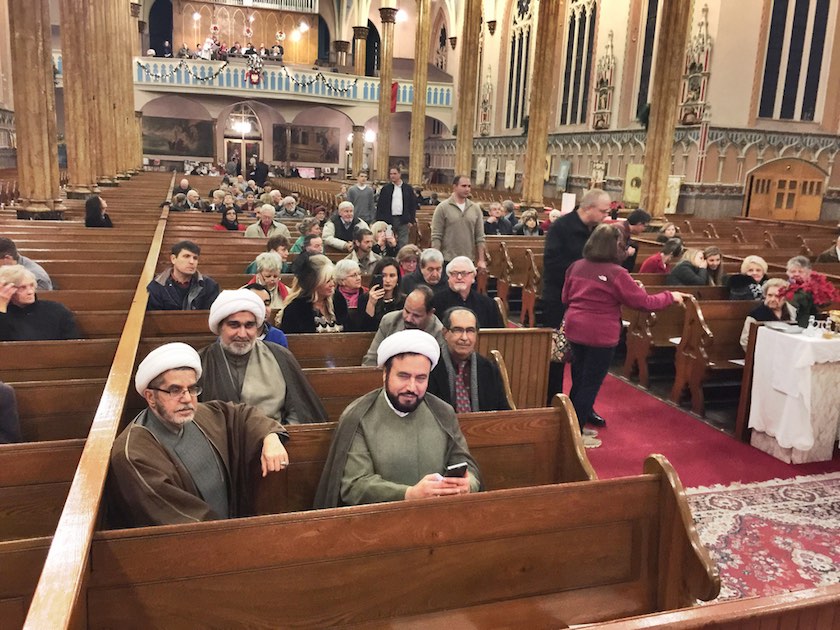 Churches and mosques in Pittsburgh have partnered to hold forums where participants can explore similarities and differences in their respective forms of worship, religious histories, and more.

Ahmad-Khan’s women’s group occasionally turns to religious topics, but the main goal is always to cultivate respect between the Muslim and Jewish members. “We talked about literally everything,” she told TribLIVE.com, “politics, children, travel… we talked about food and culture, and then we talked about how actually no religion teaches us to be unkind.

4. Take it beyond dialogue.

Another church, the Hot Metal Bridge Faith Community, has begun coordinating its emergency food program with a nearby Turkish cultural center. Other interfaith efforts in Pittsburgh have included prayer vigils, joint service projects, and tours of one another’s places of worship.

Cultivating a spirit of peace begins by stepping across the lines that divide us and waging peace together.