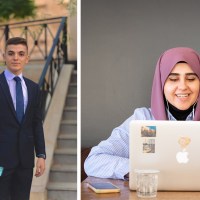 Hassan has big dreams. Like his hero Elon Musk, Hassan wants to become a successful entrepreneur. His plan is to harvest the power of technology to help feed his community and his country, Lebanon, and he’s determined to do this before he’s 30. Hassan’s given himself ten years.

Lebanon is in crisis. Eight out of ten people now live in poverty. The Lebanese pound has lost 90% of its value on the black market. Families don’t have enough food and fuel, and the government provides electricity for only an hour or two a day—the same for internet access—only not at the same hour.

Hassan won’t let these obstacles stand in his way. After all, he used to travel three hours each way by bus from his home to Beirut four days a week to attend university, where he graduated with Distinction. He lives by a creed, “Take any opportunity on my way.” This creed led him to WorkWell.

WorkWell is our program committed to developing people, especially war-effected youth, displaced and marginalized communities for the future economy. The mission of WorkWell is to provide jobs through technology by teaching the technical and interpersonal skills necessary to flourish in today’s job market.

WorkWell was created in Iraq, to serve Iraqi and Syrian young people across the country through four tech hubs. With the move to online learning because of covid, we recognized the potential in offering our program to other communities in crisis. A pilot project was created in Lebanon, and Hassan joined the first cohort. 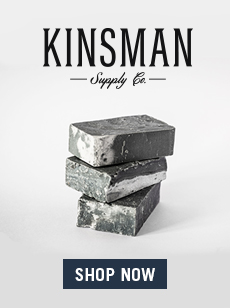 Hassan took WorkWell’s classes on-line when he had electricity. When he didn’t, he’d get notes from friends and watch the class videos later when the power came back. Although Hassan acquired basic computer skills, interview skills, and English grammar and vocabulary during his weeks with WorkWell, the social media and marketing classes were his favorites. He loved learning how to use Photoshop and Canva, how to create Facebook and Instagram pages for products and services, and how to apply advertising principles to his innovations. For him, the best part of WorkWell was participating in the on-line courses. “I felt like I was with my family, all the support. All the love.” Hassan was clear— WorkWell taught him how to prepare himself for the world of work and for his next challenge.

After finishing Business IT and Advanced Business IT classes at WorkWell and graduating from the program, Hassan entered a clean energy entrepreneurial competition for Lebanese startups. His project, Ardona, which means Our Earth in Arabic, recycles food waste from farmers and undesirable fruit and vegetables from grocery stores, which normally get thrown away. Instead, they are mixed with a locally grown marine plant to produce a more nutritious, and cheaper livestock feed. The feed Ardona produces will be better than imported livestock feed and cheaper because it will be sold in Lebanese pounds instead of US dollars as imported feed is. The feed will be 100% organic, with eco-friendly packaging.

Hassan developed this project so the cost of raising livestock will decrease, making food cheaper. He wants “to limit the hunger in Lebanon in this economic crisis.” He also wants to empower local farmers who now rely on expensive imports, and to support local production, which creates jobs. Once he has funding, he will create and test a prototype close to home, then in his governorate, and finally throughout Lebanon.

Fifty teams entered the clean energy competition. Hassan’s team has just reached the semi-finals along with 19 other teams. The finals will be held, and the eight chosen winners will receive investor funding to create their prototypes.

I asked Hassan what his superpower is, how he has accomplished all he has in a country that provides so little for its people. He smiled his wide, infectious smile. “I never give up,” but then added, “I cannot see my life without working with WorkWell.”

Investment in young Lebanese in their tech, job, and soft skills training provides hope in a place stalled by economic crisis, pandemic, and political corruption. As part of a community of peacemakers, your investment now will help others like Hassan start businesses to benefit their families, their communities, and their country.