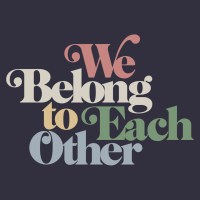 Editor’s note: On May 25, a black man died after a police officer pressed his knee against the man’s neck for several minutes. George Floyd could be heard yelling “I can’t breathe!” repeatedly before losing consciousness. His death comes on the heels of Ahmaud Arbery and Breonna Taylor.

The following article was posted to Instagram last week, prior to Floyd’s death. We are sharing it here with the author’s permission—and with the hope that it will inspire us to ask: what will it take for us to really live like we belong to each other?

I was SO excited to order this Preemptive Love t-shirt. But when it arrived and I put it on for a picture, my husband asked me why he was getting my fake smile. The truth is, because it’s all that I could muster in that moment.

It was the Saturday after what would’ve been Ahmaud Arbery’s 26th birthday, and a day or two before the news of Breonna Taylor’s horrific murder would (finally) grip national headlines as well. My heart wasn’t in it and it showed.

“We Belong to Each Other.”

Tell that to the mother who’s trying to avoid viewing the video of her son slaughtered on the street in that neighborhood in Georgia.

Tell that to the families whose loved ones are memorialized as hashtags, with justice being an impossible dream.

“We Belong to Each Other,” you say. 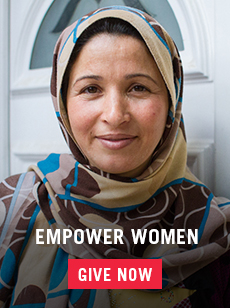 Tell that to the community that feels too numb to grieve, too outraged to mourn, and too darn tired to keep fighting an uphill battle that, here, in our lifetime, we’ll not likely see won.

It seems we belong to each other… until we don’t.

And we won’t until my skin is no longer an invitation to your violence and a source of your utter hatred. And certainly not until I can feel safe going to sleep at night or standing in my garage or going on a jog or playing video games in my living room.

If we truly believe we belong to each other, we won’t wait or need convincing before we speak up or speak out for one another in our times of need.

And if we say we belong to each other, our actions will speak louder than words, our empathy will be more than just for show, and silence will no longer be the deafening cry of our complicity and our defeat.

Mother Teresa said, “If we have no peace, it is because we have forgotten that we belong to each other.”

Can you look me in my eyes and tell me that we really belong to each other?

One way you can learn how to live like we belong to each other is by participating in our free, online Love Anyway Workshops. It’s an opportunity to press into pain together, understand your potential implicit bias, listen to each other’s differences, and more. Register here.

Read more of Patricia’s work at her website, Some Thoughts From Your Black Friend.