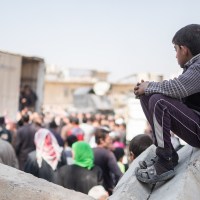 Your love crossed into west Mosul yesterday, for the third time in a week.

A few days earlier, ISIS counterattacks kept us from reaching neighborhoods farther inside the city, where thousands of people are in desperate need of food, water, and medical care.

Instead of turning back, we dug in. We kept our trucks full of food inside west Mosul—forward positioned, ready to go at the first opportunity to reach families here.

The sight that greeted us on our way in… it was overwhelming. Thousands of people getting off military trucks, after escaping the horrors of ISIS only moments before. There were visible signs of trauma mixed with gratitude on the faces of those we saw. We saw the tiniest babies and the frailest yet unbowed grandmothers.

It made us wonder what we’d find further in. How bad must it be if this many were fleeing on foot?

Further in, it was like nothing we’ve ever seen. Intact ISIS flags were still flying. Streets were completely covered in rubble from blown-up homes. We had to relocate to a nearby school building because the roads were impassible. We were surrounded by airstrikes, gunfire, and mortars on three sides.

Yet in this west Mosul neighborhood, people came running out of intact houses when they saw the trucks. 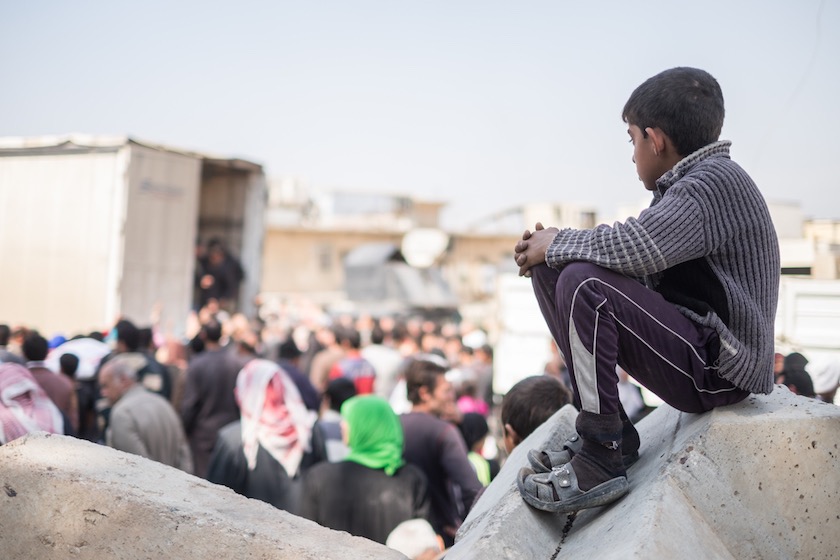 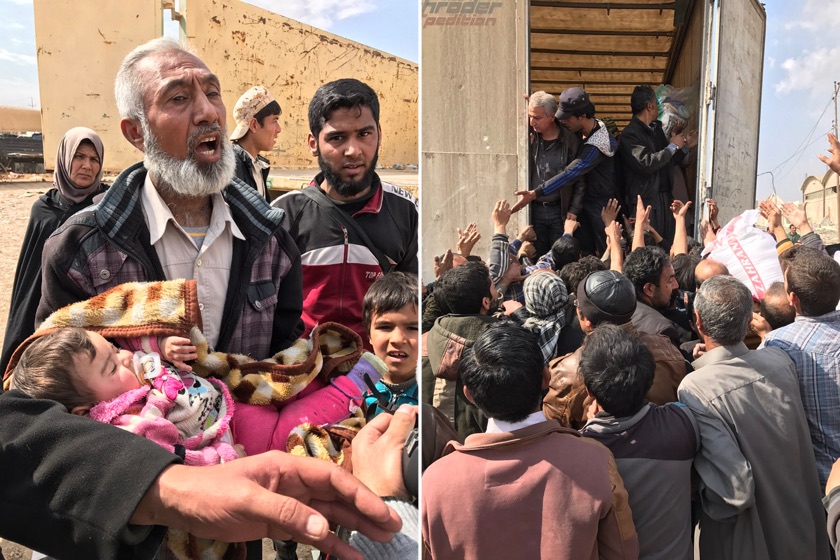 The fighting that was so jarring to us was tragically unremarkable to them. This conflict had traumatized them into accepting it as their new reality. It will take years, if not a lifetime, to recover from this.

But today was about making sure families have what they need to hold on. We are the fist aid organization to reach this area and provide food to the starving men, women, and children who live here. But the needs are overwhelming.

There’s more we will share in the days ahead—but for now, your love is in west Mosul. The trucks are empty. Hundreds of thousands of pounds of food are in the hands of families who need it most. Today, 12,000 people have what they need to hold on and hold out. 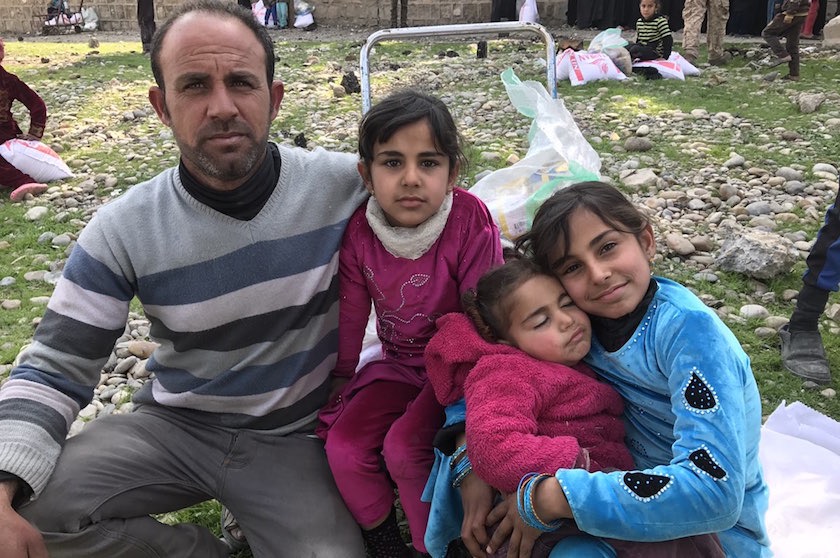 That’s what hope looks like right now in west Mosul. That’s what you just made possible for 12,000 people.

Help us continue to bring food to families in west Mosul.