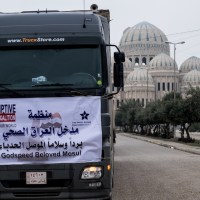 On Sunday, the Iraqi military launched a new offensive to retake the western portion of Mosul from ISIS.

Iraqi forces have spent the last four months pushing toward Mosul. In recent weeks, they’ve managed to take back the eastern side of the city, which is roughly split in half by the Tigris River.

Officials expect this new offensive to be even more challenging because the west side of Mosul has narrower streets is more densely populated.

The UN estimates that approximately 750,000 civilians still live in Mosul’s west, under “siege-like” conditions. Civilians who have fled the region report that food is running out. No one knows what people are going to do once the battle lands on their doorstep.

When the battle for Mosul started last fall, most relief organizations braced for an outpouring of people displaced by the conflict—but they never came, not in the numbers originally expected. Either they couldn’t get out, or they wouldn’t leave their homes to destruction, or they felt it was too risky to flee. 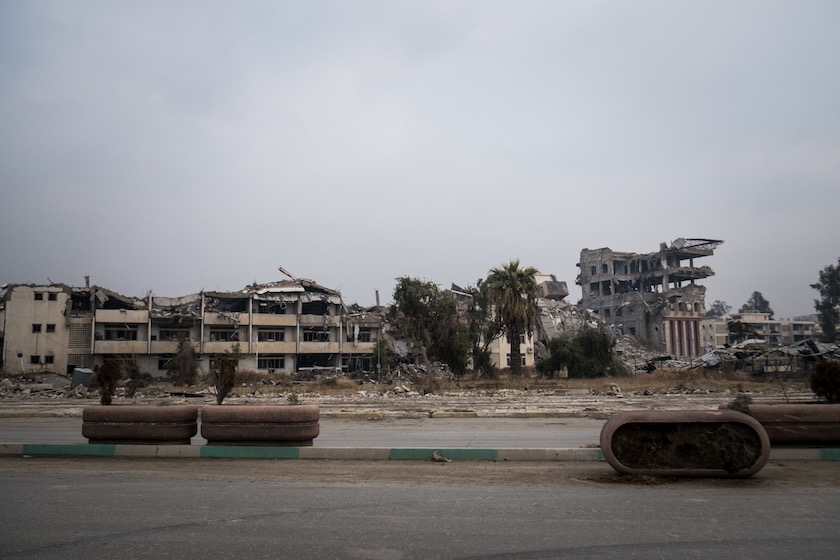 While other organizations waited on the outskirts, we loaded up our trucks and drove relief to those trapped in eastern Mosul, sometimes just a day or two after they were liberated.

Since they couldn’t get to us, we went to them.

And we will do the same thing in western Mosul.

Because it’s happening again. There are a lot of tweets right now about “standing ready” for those lucky enough to escape. A lot of people are “bracing” for a “surge” of refugees to come to them.

But you are not most people.

We will not just “stand ready.” We will not “brace for a surge” of people to come running to us. We must act. Instead of making starved-out families risk everything to reach us, we will go to them.

We will follow closely behind Iraqi security forces, as we’ve done throughout the Mosul Offensive—providing aid to desperate families as soon as it’s possible to reach them. We hope to deliver food to newly liberated neighborhoods in west Mosul as early as next week.

And we need you to go with us. 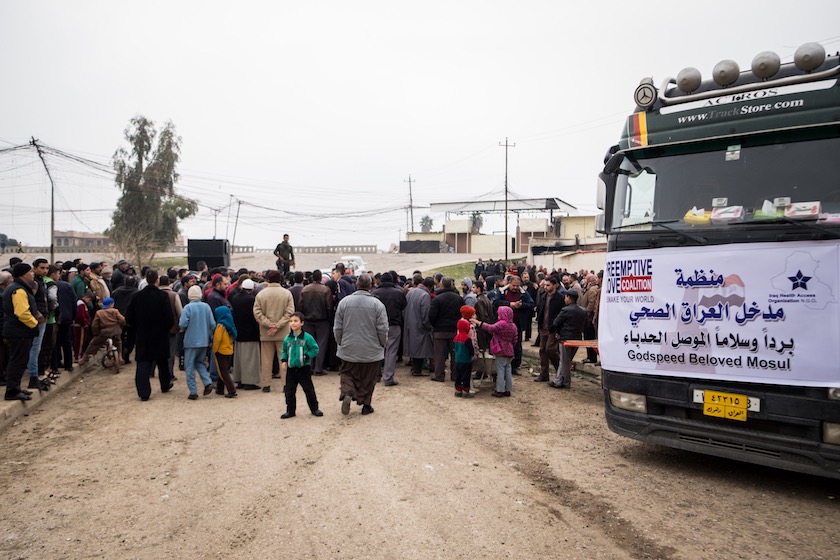 While other organizations brace themselves for an influx of newly displaced families into refugee camps—an influx that may not come—we are running toward the front lines to prevent the crisis of conflict from intensifying into a crisis of displacement.

First in, last to leave. Join us.

Help us show up for families on the front lines in western Mosul.

Ben Irwin contributed to this story.