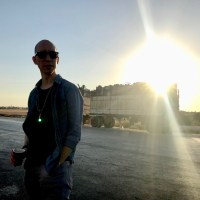 Sunday, President Trump announced he is pulling US troops from the border between northeastern Syria and Turkey. This decision could have major reverberations that last a generation.

The Turkish military has long planned an offensive against Syrian Kurdish forces, citing links to Kurdish separatists in Turkey. Turkish authorities are also keen to wash their hands of some three million Syrian refugees living inside their borders—and they need somewhere to put them.

The withdrawal from Syria could unleash a fresh wave of fighting. It could trigger a new refugee crisis. And it may very well pave the way for the return of ISIS.

Here are three unintended consequences of the US pullout, already beginning to take shape.

1. We’ve told the world you can’t trust the US.

The United States is proving that, as a matter of foreign policy, we will use our allies when it suits our short-term objectives. But then what?

We were happy to be in coalition with the Kurds in Syria when they were the ones spilling their blood in the fight against ISIS. But now that ISIS has lost its territory, and we’ve (mistakenly) told ourselves the threat is gone?

Just days ago, the US demanded the Kurds abandon their defensive fortifications on the border with Turkey. The Kurds did so, believing the ongoing US military presence would discourage Turkish aggression.

This series of events didn’t begin with President Trump. He isn’t the first US leader to change course so dramatically, to the detriment of our allies. It isn’t even the first time the US has let the Kurds down like this.

Ultimately, the United States has no true, long-term loyalty to its allies, because we have no unified, trans-partisan, trans-administration vision for the world.

If there is no guarantee that when you partner with the US—when you put your lives on the line to fight with and for us—that we won’t abandon you later on, who will ever trust us again?

Decisions like this will only make it harder for the US to form strategic coalitions in the future.

Yes, President Trump can argue that he didn’t want this fight in Syria. Yes, his decision is in keeping with his generally non-interventionist approach to foreign policy.

The problem is, we can’t intervene in other countries—as we have in places like Iraq and Syria—then, when it all goes wrong and we find ourselves entangled in a quagmire, suddenly decide to be non-interventionist, after the damage has been done.

The irony is, from a security and a humanitarian perspective, this drawdown will almost certainly destabilize the region and entangle us further. It may even open the door for some old enemies to reemerge…

Love Anyway Podcast: US Withdraws from Syria (And it Could Lead to War)

2. We’ve set the stage for the return of ISIS.

President Trump’s withdrawal from northeastern Syria paves the way for ISIS to reemerge on the battlefield.

Our Kurdish allies are already having to divert their resources from securing ISIS prisons and camps in their territory, to hastily rebuilding their defenses on the border with Turkey. The Kurds have assumed responsibility for the ISIS prisoners no one else wants—including foreign fighters that other countries now refuse to repatriate.

ISIS has made no secret of its plans to liberate prisons and camps in Syria and Iraq, by any means necessary.

The Kurds’ resources were already stretched thin before the US withdrawal. I’ve seen it with my own eyes. I’ve worked in the camp for ISIS families at al-Hol, and I can tell you: this move makes our work there harder.

I’ve traversed the Syrian countryside where ISIS still lurks underground. In some of my earlier work there, you could hardly go a mile without encountering Kurdish forces on high alert. More recently—even before the latest drawdown—it became much easier to move about the countryside and bypass military checkpoints.

ISIS is planning its comeback, and if we leave the work of rebuilding war-torn communities unfinished, then their job will be all too easy. Their recruiting will practically be done for them.

That’s what happens when you reduce your investment in security before you’ve restored essential services like electricity and water. Before you’ve gotten people back on their feet, rebuilt the economy, and addressed the core ideas and grievances that led to war in the first place.

When we abandon our commitment to these places, we sow the seeds of future conflict. We can wave our “mission accomplished” banners all we want. We can celebrate a campaign promise kept—whether it was Obama’s promise to get out of Iraq or Trump’s promise to get out of Afghanistan and Syria. We can take a victory lap after the defeat of ISIS as a territory-holding power.

But even as we do, we’ve already ignited the next war.

3. We’re triggering the next refugee crisis.

Turkey plans to force out as many as three million Syrians, relocating them to Kurdish-controlled northern Syria, even though the vast majority of these refugees did not come from this part of Syria to begin with. Turkey wants to wash its hands of the refugee crisis; they don’t much care what happens to them after that.

But the forcible relocation of refugees is both a humanitarian and a security disaster. This move will almost certainly make them destitute again. It will take them out of relative safety and drop them into the middle of a war zone, where most aid groups will no longer be able to reach them.

They’ll be caught between the Kurdish militia and the Turkish military. They’ll be vulnerable to exploitation by more extreme groups like ISIS, too.

President Trump has all but closed the United States to refugees. If we do not want them coming here, then at the very least, we shouldn’t be making foreign policy decisions that put them in greater jeopardy where they are.

The gains against ISIS were hard-won. They were achieved, in no small part, through the spilling of Kurdish blood. Those of us in America—we benefited from their sacrifice. Now we’re abandoning them… again.

We’re allowing the region to be plunged into yet another crisis, because we don’t want to own the consequences of our intervention. Because we don’t honor alliances the way we should.

There are no easy answers to the war in Syria, to the situation in Iraq, or to the tensions between the Turks and the Kurds. We have friends on every side of this conflict. And for the sake of all of them, we have to do better.

We are ready to dig in and stay. We desperately hope our friends in America and around the world will do the same.