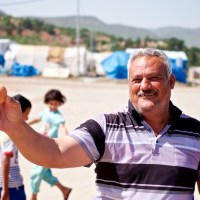 It can be difficult to visit people in need and then leave without doing much, but that’s what happened when we first encountered the families in Zawita camp.

You’ve helped provide for their immediate needs, but the goal is always empowering families to take care of themselves. So how can we do that? It’s a process, it doesn’t happen overnight! We discovered they know best what they need, and they got really excited when we settled on a first step: egg-laying chickens. 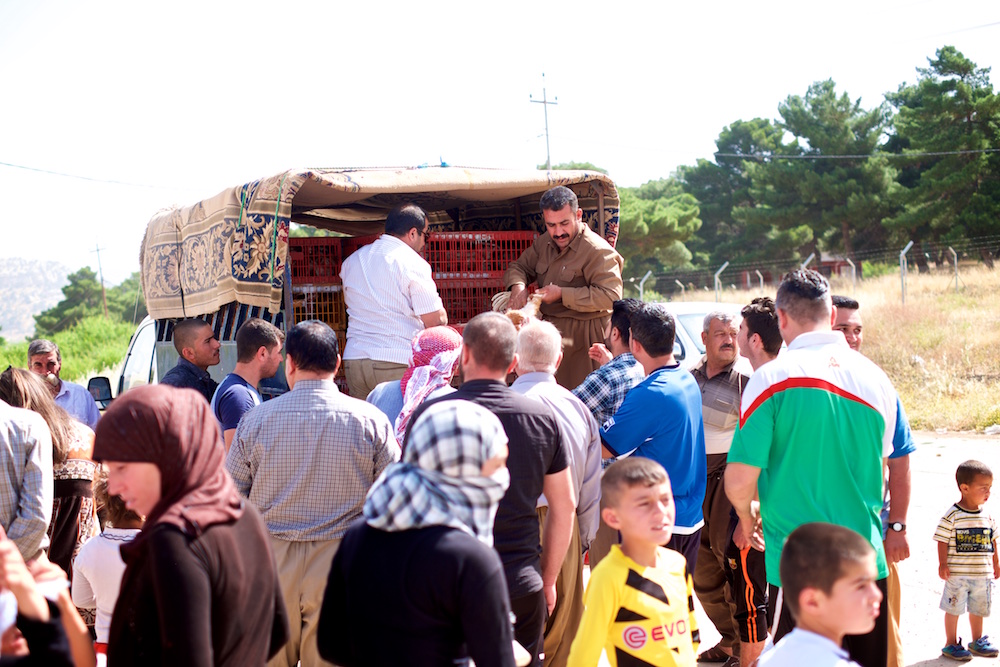 It may sound simple, even underwhelming, but to these people who had to run from ISIS and leave their animals and farms behind, this is a step toward normalcy—they love their animals.

When we rolled up with a truck-load of birds, people were giddy. Smiles, shouts, whoops, and little happy dances among the kids—protein-laying pets for everyone! We gathered the elders around the truck, attempted to quieten everyone down, and explained who we are, that these chickens were paid for by people around the world who love them, and that these chickens are NOT for eating. This last one got some smiles. Most of the people in Zawita are farmers. Of course they know which chickens are for eating and which aren’t. 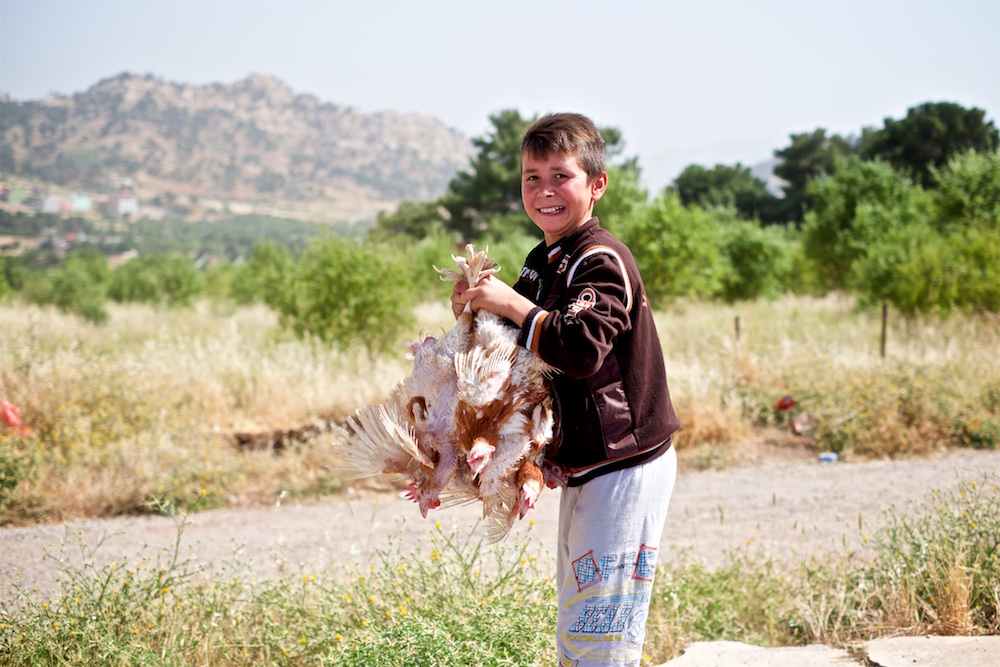 Within minutes, families were holding up first eggs play-arguing about whose bird laid an egg first. They got to work setting up chicken coops next to their tents (some even set up coops inside!). We walked through the camp to admire their handywork: one woman was building her coop out of wood, another man built his out of metal, while another lined his courtyard with cinder blocks—and they debated what would best keep the wolves out!

After weeks of visiting and trying to understand their need, it was a fairy-tale day. 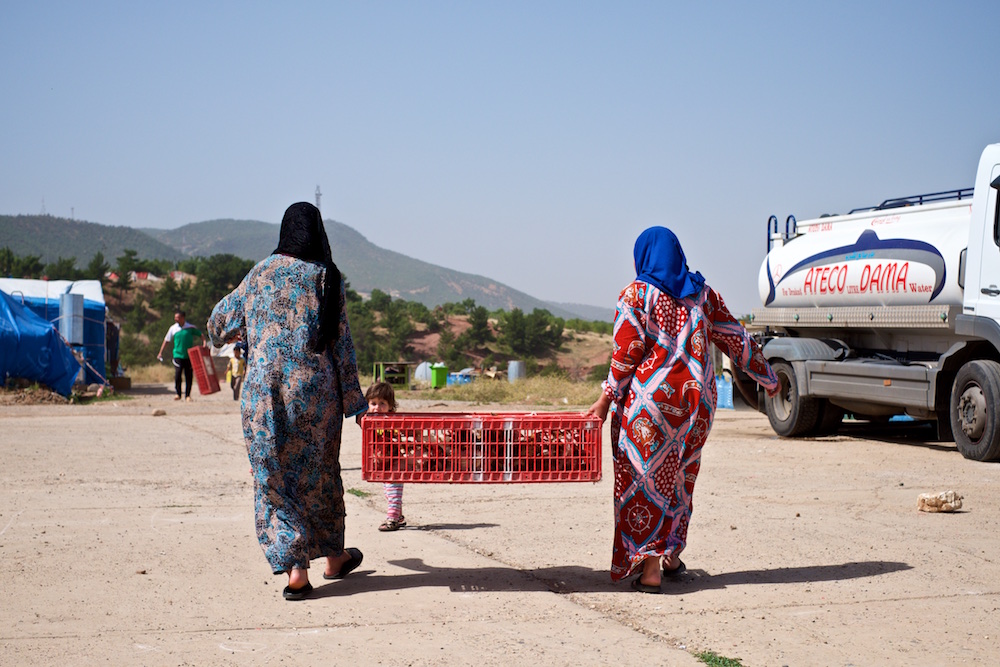 Thank you for making it possible—and a special thanks to our monthly donors. By giving every month, you free us up to have those conversations with families about what they need and then, once we need to act, your regular giving helps families get help, and quickly. We don’t have to come asking for money because you’ve already given it!

To help sponsor more high-impact projects like this one year round, consider signing up to give monthly below. 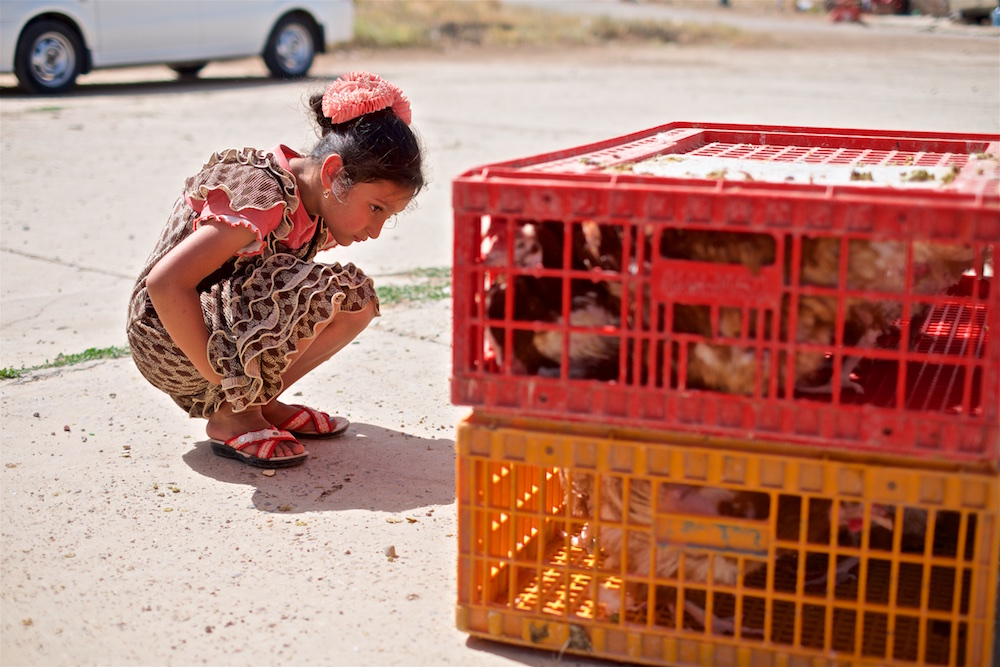