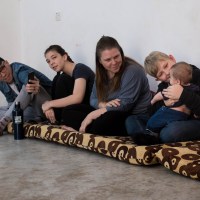 As I saw the news coming out of Mississippi—immigrants being rounded up and, in some cases, separated from their children—I felt paralyzed. My mind raced back to the day Jeremy and I were arrested in Iraq.

I remember it like it was yesterday. I was standing in my kitchen when the phone rang. The voice on the other end told me Jeremy had just been taken, and I was next. The authorities threatened to hold Jeremy indefinitely in an Iraqi prison, unless I turned myself in and allowed myself to be arrested, too.

My kids were at school. They were 9 and 6 years old at the time.

As Jeremy was being arrested, he said to a friend, “Tell Jessica she doesn’t have to do this.” I felt so torn between my husband and our children.

All I could think in that moment was: What happens to my kids? How long will we be gone from them? How can they possibly understand this?

In some ways, we were lucky. Even in Iraq, a US passport is typically an advantage. I had just enough time to put things in place, so that however long we were in jail, our kids would be taken care of.

But we were immigrants here in Iraq. As Westerners, we like to call ourselves “expats” when we move to another country. It somehow feels safer or more appealing. But the line between “immigrant” and “expat” is thinner than we think. And our documentation—our right to be here—was being questioned.

We didn’t have a lawyer. We didn’t even know any lawyers. And there were no online resources for us to use. The system here is unlike anything I encountered when I studied law.

It didn’t feel like we were being  given the benefit of the doubt, the presumption of innocence.

The default assumption was that we had done something wrong—much like it is for many immigrants in the States, not to mention US citizens like Francisco Galicia, who was held for nearly a month despite having ample proof of his citizenship. Or 9-year-old Julia Medina, a US citizen who was detained for 32 hours while crossing the border to get from her family’s home in Tijuana to her school in California.

The authorities here in Iraq didn’t have to prove our guilt. We had to prove our innocence, even though we had done nothing wrong.

That was five years ago. But I still can’t think about it without being shaken. It wasn’t just one day and it was over. It was mugshots entered into the federal database in Baghdad and the smell of the laundry detergent they sprinkled onto our hands after fingerprinting us. Still, we couldn’t wash our ink-stained fingers clean, and everywhere we went for days, they seemed to announce our arrest to everyone.

It was years of court appearances—every one of them leading to intense anxiety that this might be the time they really separate us for good. It was years of legal wrangling to clear our names and prove our right to be here.

To this day, I can’t forget it. I always have a back-up plan in case something like that happens again. Our family will forever be marked by this experience.

We’ve heard many of the same things that immigrants in the US often hear:

Well, you’re the ones who chose to live there.

You could always go back to your home country.

Why put your family at risk? 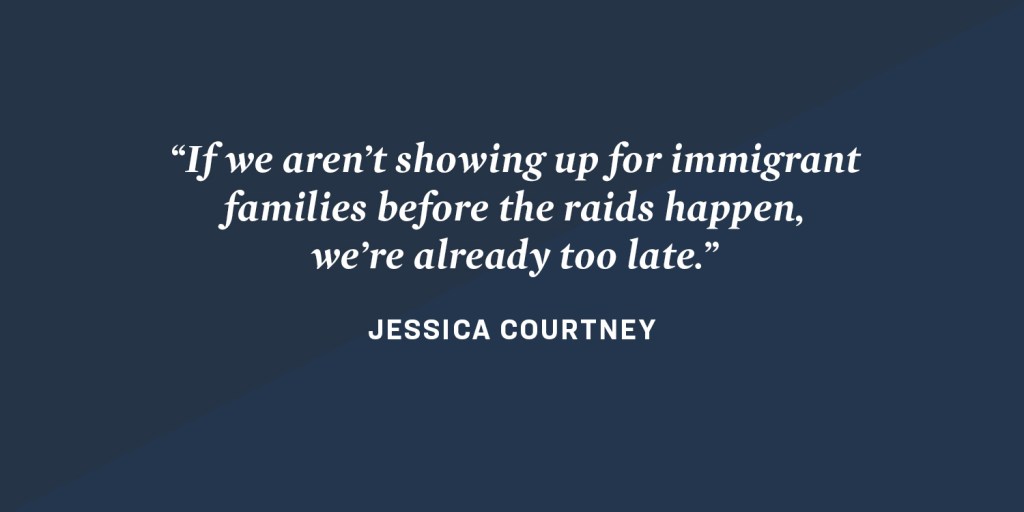 I can tell you what made the difference for us in that moment. It’s not what you might think. It wasn’t a US passport.

It was a community of local Iraqi friends who rallied around us.

We already had a network of people who knew us and loved us. And in our moment of crisis, they showed up for us.

They turned up at the police station. They brought their lawyer friends. They made calls and translated for us—which was huge, even though Jeremy and I both speak the local language. Because when you’re in trauma, your brain goes into survival mode.

The local community had already welcomed us in. They had already chosen to love and support us. We didn’t have to scramble to find someone who could vouch for us or pick up our kids from school, because they were already there for us.

I know how tempting it is to jump in a car (or on a plane) and rush to Mississippi to help. Especially after watching an 11-year-old girl beg through tears to be reunited with her father. I can’t watch that video without seeing my own kids so vividly.

But if we’re not already showing up for immigrant families before the raids start, we’re already too late.

If you’re wondering what on earth you can do right now: befriend the immigrant families in your community now, before the raid happens.

It can’t be our solution to rush to El Paso or Dayton or Mississippi after the worst has already happened, after the trauma has been inflicted. We have to be the people who are already showing up—just like our local Iraqi friends did for my family.

So what can you do today? You can keep your heart and eyes open, right where you live. For example:

It’s not about weakening immigration laws or helping people break the law. It’s about loving your neighbor. It’s about treating others as we would want to be treated if we were in their position.

It’s about asking who might be vulnerable or marginalized or subject to scrutiny? Whose family can you start getting to know now? What relationships can you invest in now—so that if the raids happen in your community, you’re already poised to help with legal support, childcare, or whatever your friends need in that moment?

Expect it to take time. Expect not to be trusted right away. Expect to have to step outside your comfort zone, to go into new spaces where you’re not used to spending time. Then, expect to do it over and over again.

Because that’s the difference. That’s when people stop just being victims or immigrants to us. Instead, they become our friends, our community.

The path to the more beautiful world—to healing all that’s tearing us apart—is rooted in relationships. Relationships that we have to start investing in before the worst happens.

From my own experience, I can assure you: you have so much power. You can’t begin to imagine the difference you will make in someone else’s life. Or the amazing difference they will make in yours.