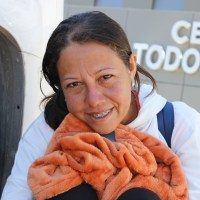 Wrapped in blankets affording little protection against the near freezing temperatures, hundreds of desperate people waded across the Rio Grande from Juarez, Mexico to El Paso, Texas under the cloak of night. Many carried bags of meager belongings in their hands and children on their backs. A large group had already been kidnapped in Mexico and robbed of their passports, phones, and money before the Mexican military freed them. All of them were hungry. All of them were tired. Not all of them had a place to sleep. Over the weekend of December 9th to 11th, Customs and Border Protection (CBP) for the El Paso sector documented over 2,300 migrant encounters each day.

1: Caravans of People are Entering the US Illegally

Many of the people who waded across the Rio Grande over the weekend immediately lined up at Customs and Border Patrol to turn themselves in for asylum seeker processing. This is the procedure to present yourself at a legal port of entry. People who cross illegally don’t wait in line to submit paperwork and have interviews. Homeland Security Secretary Alejandro Mayorkas has said that people who crossed the Rio Grande and presented themselves to CBP to ask for asylum are exercising a legal right to do so.

2: A Migrant Encounter is an Unlawful Entry

Migrant encounters include people who apply for asylum “the right way,” meaning those who present themselves at a legal port of entry and are released by CBP into the US to await the processing of their asylum applications.

Under Article 14 of the Universal Declaration for Human Rights, signed by the US under President Bush in 1992, anyone fleeing fear of persecution in their home country can apply for asylum in the US at a legal port of entry.

3: More People are Crossing the Border Illegally than Ever Before

The number of migrant encounters reported by CBP is artificially high because each attempt at crossing by the same person is counted. A person who has tried to enter the US three times is counted as three encounters, which people often think of as three separate people.

Some people argue Title 42 causes more border encounters because it encourages people to try over and over again to cross the border. Title 42, which is set to expire on December 21, 2022, is the public health policy re-interpreted by the US to send people seeking safety back to Mexico or their countries of origin before they have a chance to present themselves legally at a port of entry.

People sent back to Mexico are at risk of being kidnapped, tortured, raped, or extorted as shelters become overrun and they are left on the streets to fend for themselves. You’ve seen their need and partnered alongside us to serve those most at risk. Won’t you join us as we continue to serve vulnerable people in Juarez? Their need has never been more urgent.