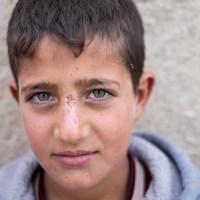 Could a change in tax law affect the way you’re giving to the causes you care about this year?

The most recent data on charitable giving suggests the answer is… yes.

Tax reform passed in 2017 reduced the overall amount paid by many households. But it also increased the threshold for being able to itemize deductions—reducing the incentive for charitable giving.

Such a small decrease might not seem like cause for concern. But that 1.7% represents almost $7.4 billion not given to benefit others.

When you consider ongoing crises around the globe—Syria, Yemen, Sudan, Myanmar, the US-Mexico border—the aftermath of natural disasters, and the needs of those closer to home, a 1.7% reduction is catastrophic for some.

The bulk of annual charitable giving is not made up of large donations by the wealthiest among us. The fabric and historical foundation of US philanthropy is stitched together by the average citizen and by $10 to $1,000 gifts.

Many taxpayers think they are paying more in taxes, when in reality most are paying less—64% paid less on their 2017 taxes than the year before. And with a stock market that is up, some Americans have even more money at their disposal.

For most people, changes in tax law have led to giving less. But you are not most people.

The world is hurting and broken. The Turkish incursion into Syria brought a new wave of refugees and the need for emergency food, shelter, and medicine. Violence and instability in Central America has brought an influx of asylum seekers to the US-Mexico border. Refugee children desperately need a safe place to go.

The needs haven’t changed. And what kind of person you choose to be—how you choose to give to help those in need—doesn’t have to, either.

Your giving matters. Whether it’s $10, $100, or much more, every dollar you give to charity makes a difference in the world. You create opportunity where there is desperation. You give relief where there is massive need. You bring a future to kids and young adults lost in the aftermath of war.

There is no donation too small. And whether you can itemize it or not, your giving matters. To the family running for their lives in Syria. To the refugee mom trying to get back on her feet in Iraq. To the asylum seeker on the US-Mexico border with nowhere else to go.

The more beautiful world is out there, but we have to live into it.

I want to give to to Preemptive Love.