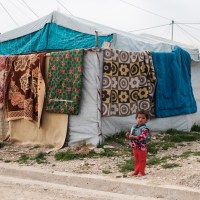 There are currently more than 70 million mothers, fathers, and children that have been forced to flee from their homes.

They flee to escape war, persecution, and political unrest.

They are refugees and asylum seekers, but these two labels are not the same.

The words we use have a defining impact on those most affected by these global issues, including their legal rights and citizenship. And our words also influence how we view them.

At first, it may seem unimportant. Both refugees and asylum seekers are forced from their homes.

Not knowing the differences helps to keep this conversation under the table. It keeps it part of the background chatter, whereas the refugee and asylum crises we’re currently facing needs to be part of the mainstream conversations we’re having in the media, inside government, and around the dinner table with friends and family.

Knowledge is power because without it you simply do not know where the issue lies.

We can all take individual responsibility to learn, to better understand. To educate ourselves on what is happening so we can be part of the solution the world so desperately needs.

A refugee is any person forced to flee their country due to war, persecution, or because their home government cannot (or will not) protect them. Often, they’re unable to—or are too afraid to—return home.

When a refugee flees, they’re registered with an official agency, such as a government or the United Nations. This allows them to gain access to state and international aid and assistance.

Asylum seekers are not officially designated refugees, but they have appealed to achieve refugee status. They’re in the process of leaving their country of origin in order to escape war or persecution due to their nationality, race, religion, or political affiliation.

Refugees and asylum seekers share many aspects in common. Yet there are also many differences that set them apart. These differences are far more important than most people appreciate. Depending on whether a person is defined as a refugee or asylum seeker determines the help, support, aid, and rights they have access to.

When you’re fleeing your home due to war and violence, these differences can be the difference between life and death.

Related: What Is The Difference Between a Refugee, a Migrant, an Immigrant, and an Asylum Seeker?

What’s The Difference Between Asylum Seeker vs. Refugee?

An asylum seeker is a person who claims to be a refugee but whose claim has yet to be evaluated. As such, they’re left in limbo. They apply for asylum on the grounds they cannot return to their home due to fear of persecution. Yet at this stage, they’re unable to access the same rights a refugee can.

A person remains an asylum seeker for as long as their application is pending. Not everyone is successful in their claim, either. So although not every asylum seeker will go on to be recognized as a refugee, every refugee was classed as an asylum seeker at some point in time.

In order to be considered a refugee in the US, an individual must:

Each refugee has to go through this process. It’s an often long and drawn-out one that’s far from perfect, but the result of their Refugee Status Determination (RSD) has a huge impact on the future they lead.

Refugee Rights in the US

Different countries have different variations of refugee law, but they all stem from the 1951 Convention and the 1967 Protocol which relates to refugee status.

The United States became a party to this protocol in 1968.

In 1980, The US created the Refugee Act that’s still in operation today. This provides a process not only for those applying for refugee status, but for those accepted and the rights they’re given access to. 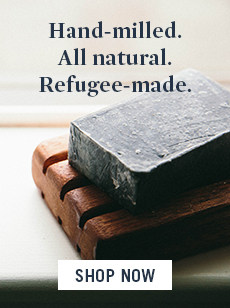 If approved, they’re provided with many forms of assistance including:

They also get access to the United States Refugee Admissions Program (USRAP), which offers further support through government agencies and nonprofits. At this stage, they’re also able to apply for a green card and permanent residence.

Refugees are given a chance to build a new home away from the one they knew.

Asylum Seeker Rights in the US

In contrast, the rights an asylum seeker has in the US is not nearly as comprehensive.

For starters, asylum seekers are unable to bring their families into the US until after they’ve been granted asylum. Most asylum seekers aren’t eligible for federally funded benefits, either, so they don’t have access to programs such as food stamps and Medicaid.

An asylum seeker is also responsible for bringing an interpreter (if one is needed) to their Asylum Office Interview. Failure to do so can negatively impact their interview and how the rest of the process goes.

So although a person may successfully flee their home and escape immediate danger, arriving safely into the US doesn’t mean they are free from persecution.

For example, recent decisions made by US Attorney General Jeff Sessions stated that gang and domestic violence are no longer reasons one can seek asylum in the United States. As a result, families fleeing threats of death by gangs are not granted any special protections or permitted to seek asylum in the US.

They remain in this stage of limbo, potentially indefinitely.

On the one hand, they cannot return to their homes due to the fear that awaits them. Yet they’re unable to properly enter the country they’re escaping to until they’re granted asylum, which is not certain.

Asylum Seeker vs. Refugee: What YOU Know Makes All the Difference!

There are currently 3.5 million asylum seekers in this world. That’s 3.5 million people left in limbo, unable to return home but not yet allowed to build a new one. In addition to this, there are 25.9 million refugees.

This is happening closer to home than you may imagine. As already mentioned, there are many people stranded at the US-Mexico border appealing for help. More and more families are forced to wait at the border, without shelter from the scorching heat, without the option to work, without healthcare.

This crisis took a further step recently as the COVID-19 virus temporarily shut the border, leaving asylum seekers without food and essential amenities. Even before the virus struck, people were getting sick and dying at our borders.

Fathers risking their children’s lives as they carry them across Rio Grande, knowing that a life of waiting at the border awaits them. But doing so anyway because the world they’re running away from offers greater danger.

The life of a refugee is not a great one. We’re currently experiencing a severe refugee crisis that’s impacting the world over. Not just here in the US, but across Europe, Africa, and South America. Yet in the midst, refugees have hope.

They are given aid, help, and support.

Asylum seekers are given so little.

This is why the terms we use are important. This is why it’s vital we know (and appreciate) the difference between an asylum seeker and a refugee. Those seeking asylum—at our own US-Mexico border, and at other borders across the world—are left in limbo indefinitely.

Knowledge helps turn the tide, to change what needs changing, and to bring this conversation to the forefront.

The terms we use either incite fear or invoke sympathy. It changes our perceptions and creates a new narrative. It helps us see people in a new or different light.

We’re committed to helping asylum seekers and refugees alike on the frontlines, whether they’re fleeing war or gang violence or desperate poverty. Because no matter what label, we belong to each other. And we all deserve a life of opportunity and hope.

Give to provide relief and jobs to refugees and asylum seekers.