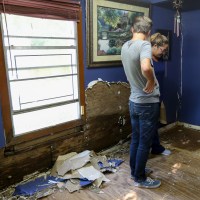 Sophia’s house is in no way livable.

The house was partially knocked off its foundation by the force of the flood waters. The floor slants dangerously into the corners, and after I nearly fell through a soggy spot in the linoleum, I started poking the floor with my toe before each step.

Mold is creeping up every wall except in the one small room where Sophia* and her husband are sleeping on the floor. That room has already been fixed-up… or at least the drywall and flooring have been removed and replaced. There’s still no furniture.

As we step through her front door, she apologizes for the state of her home.

“It’s usually very clean,” she assures us, as if the disarray had something to do with her housekeeping skills. But despite the dire state of her home, Sophia is convinced it can be fixed—put back the way it was before the storm. The way it was for the last 16 years. 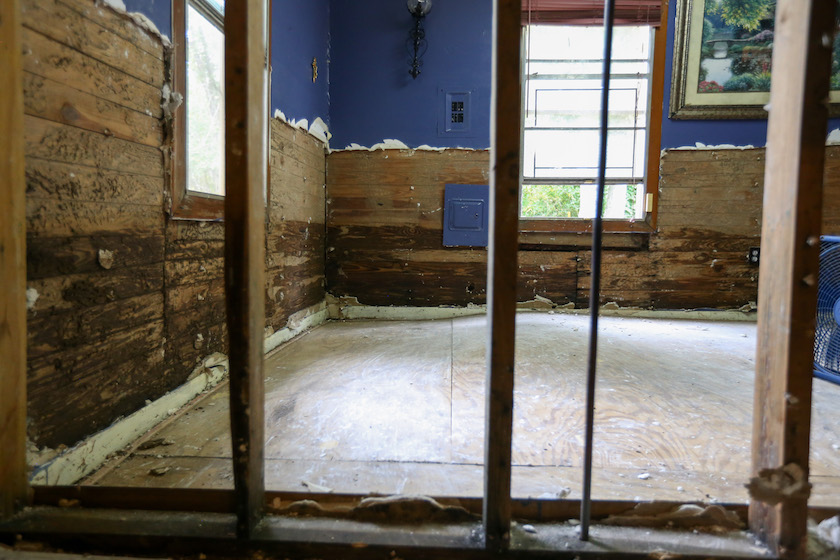 “It will take a lot of hard work, but soon it’ll all be pretty like the other room,” she tells us confidently as we stand in the middle of a room that does not seem fixable.

Her landlord, who lives next door, doesn’t share Sophia’s optimism. He’s refusing to pay for the reconstruction because the house isn’t worth fixing from a monetary standpoint. So Sophia and her husband, who makes $8 an hour, will have to pay for it themselves. She’s been doing all the work on her own while her husband goes to work. There’s one nice young couple down the street who help her occasionally—I think they feel bad that a grandma is here doing demolition work all by herself, surrounded by black mold. 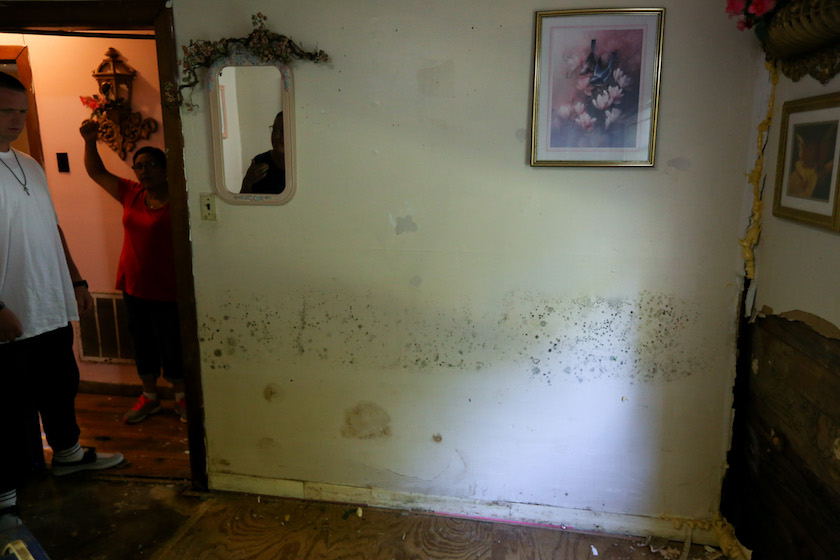 We had only been in the house about 45 minutes and my head ached and I felt nauseous from the mold.

How could this possibly be worth it? I thought. Spending this much time and money and energy on a condemned, toxic house that isn’t even yours?

“Why don’t you just find somewhere else to live?” we ask.

They can’t afford it. Not the deposit, not first and last month’s rent, not the moving expenses. And not the investigation into their background. See… they don’t have papers. They had green cards. But they expired and weren’t renewed, which makes it next to impossible to rent.

So they can’t move. They literally have nowhere else to go. This broke-down, mold-infested, hell-hole is their only option.

And for all those same reasons, they also had nowhere to go during the storm. Too afraid to check into a shelter or a hotel, Sophia and her husband spent the first night of the hurricane in their car, parked on higher ground in their neighborhood. When that flooded too, that nice young couple from down the street took them in for a couple nights. But since then, they’ve been living in their mildewed and moldy home. Where else could they go? 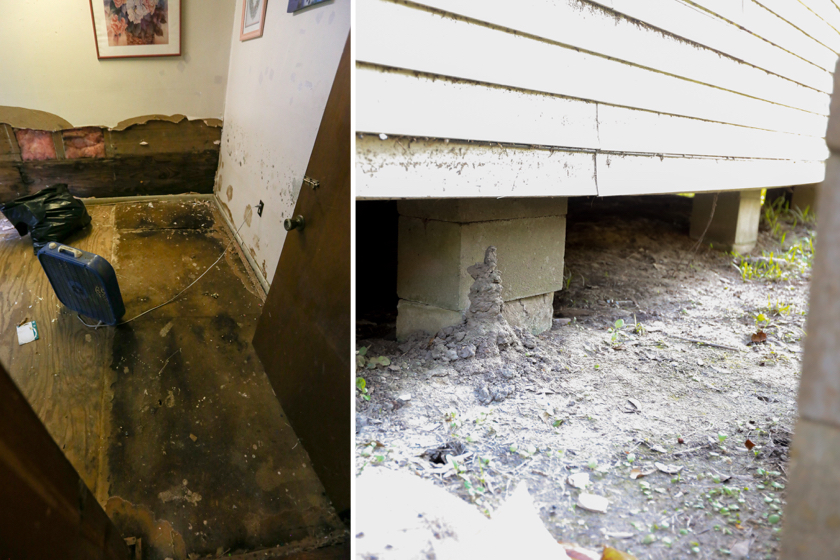 Sophia’s resolve was one of the most inspiring things I’ve seen in Houston. She set down her hammer and took off her gloves when we walked up and kept wiping the sweat off her brow while we visited. As we were leaving, I saw her pull the gloves back on, pick up her hammer, and march back into the house with a look of fierce determination.

She’s in it to win it—doing construction work, sleeping on the floor, eating tuna out of a can because her fridge and stove were both ruined. She will make it work because she has no other option. 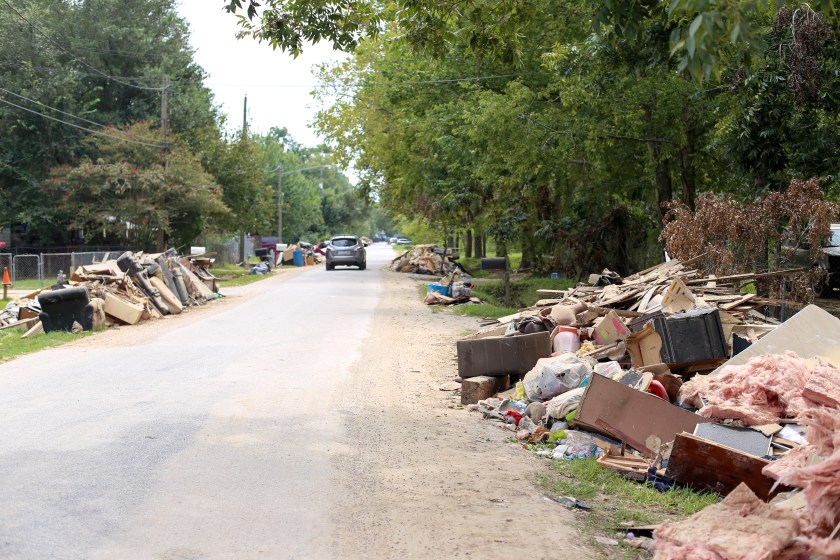 And yet somehow, despite the tragedy, she still manages to keep her sense of humor. When she agreed to let me tell her story, I promised I would change her name.

“Do you have a name you want me to use for you?” I asked.

“Sophia Vergara,” she answered, striking a pose like a sexy movie star—sticking out one hip and putting a hand behind her head. We all laughed.

It’ll take more than a 1,000-year flood to keep this woman down.

We’re doing everything we can to help families like Sophia’s rebuild their homes and their lives. We’re providing food, clean water, and helping them renovate their houses. We’re advocating for them with the county, continuing to test well water and help them treat their wells.

The issues these families are dealing with are difficult, complex, and multilayered. But you know they are worth the effort. Worth the complexities. Worth the difficulties.

Because you love them. Thank you.