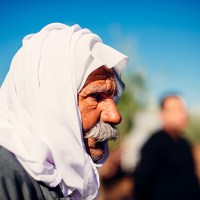 Over the last two months we’ve introduced you to some extraordinary people who were displaced by war. You met Halo and Raza, who fled with their families to escape from the warring group known as ISIS. You met Majid and Hatem too. Majid fled that violence as a baby boy sick with a serious heart defect. Hatem fled—twice—while sick with a heart defect that you helped to fix.

We have used a couple different terms when talking about people displaced by war: refugee and internally displaced person (IDP). The distinction between the two is important…

So, refugees and IDPs have each fled home to survive. Refugees have crossed an international border to find safety. Internally displaced persons (IDPs) have found safety somewhere within their own country. Halo, Raza, Majid, and Hatem–they’re all IDPs.

Refugee or IDP…why does it matter?

Resources. That’s why it matters.

“Refugee status entitles individuals to certain rights and international protection, while being an IDP is not a legal status because IDPs are still under the jurisdiction of their own government and may not claim any rights additional to those shared by their compatriots.” -forcedmigration.org

When people cross an international border to find safety during a crisis, they come under the protection of the UNHCR. That means they are able to access funding and resources of the UN. Decades of global news coverage has shown that life for refugees is difficult. But they do have some protections, often have access to camps built to provide shelter, and with food. In some cases, schools are set up for young children and programs are established to help process trauma. For Syrians who had to leave home because of the violence of ISIS, and crossed into countries like Iraq, Turkey, Jordan and Lebanon….there has been international assistance available.

When people flee home, but don’t cross an international border to find safety, they remain under the protection of their own country. It may seem like a better situation—to find a temporary home within your country of origin. But in reality, it’s often a much more difficult situation. A country at war has extremely limited resources to help displaced people. And internally displaced persons are not protected under the UN.

People within Iraq who have become internally displaced because of the violence of ISIS, face serious challenges to survive, without ready access to UN funds.

Iraq is not a homogenous country. There are different languages and dialects spoken. There are many different cultures and faiths. Those who flee from one part of the country to another often end up in a place where they barely understand the language, and have no personal connections—often landing in places that are very dangerous. Personal connections are the single most valuable currency.

Having access to financial resources is a huge issue. The majority of people in Iraq have never had a bank account. Bank accounts are for the wealthy, and for business owners. The majority of the population invest their savings into things which can be sold for cash when needed: homes, land, and businesses. When you flee in the middle of the night, there is no time to sell anything. And selling property in a occupied war zone is a pretty improbable anyway. ISIS has been thorough in confiscating and destroying property. Those who fled home in an area which has been controlled by ISIS have likely lost everything.

The majority of people in Iraq have never owned a credit card. Iraq is a cash-based country—credit cards aren’t accepted. When the cash that was carried out in the pockets and purses of those who fled is gone, that is the end of their resources.

Apart from the social and financial difficulties of being displaced, there are the personal security concerns:

“People forced to flee or leave their homes – particularly in situations of armed conflict – are generally subject to heightened vulnerability in a number of areas. Displaced persons suffer significantly higher rates of mortality than the general population. They also remain at high risk of physical attack, sexual assault and abduction, and frequently are deprived of adequate shelter, food and health services.

The overwhelming majority of internally displaced persons are women and children who are especially at risk of abuse of their basic rights. More often than refugees, the internally displaced tend to remain close to or become trapped in zones of conflict, caught in the cross-fire and at risk of being used as pawns, targets or human shields by the belligerents.” -ohchr.org

There has been government assistance for internally displaced people in Iraq—but not nearly enough. Nearly 2 million people have been displaced in the last 11 months. 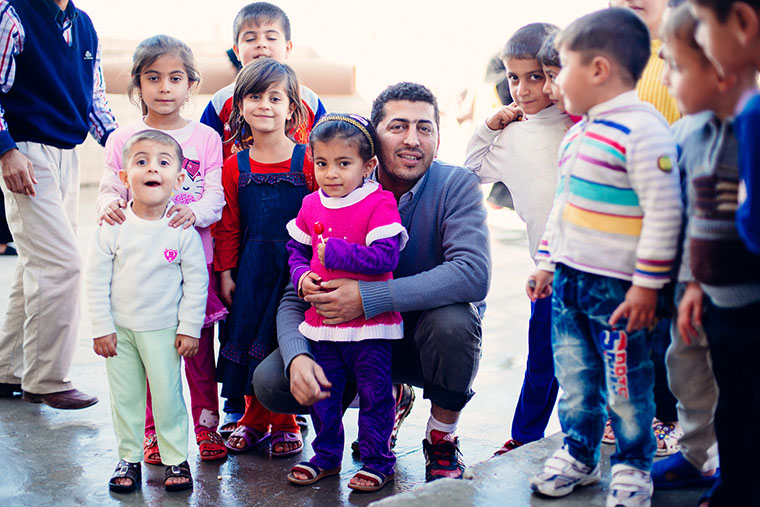