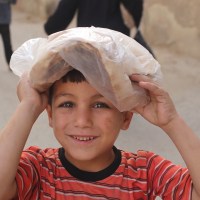 2017 was the seventh year of war in Syria. For families caught in the conflict, it was another year of intense bombing, terror, and deprivation.

2017 was also the year Syria fell off the radar. Most of the world simply forgot or chose to stop paying attention. 2017 was the year Syria’s civil war became “old news.”

You saw their children as your children, their families as your family. And you turned that pain into action. Your generosity and commitment made a huge difference, and you showed up month after month with food and hope.

Your love fed the hungry.

Families on the run do not have stoves or other means to cook food, even if they had any. You staffed and supplied two huge kitchens in Aleppo—and one in Deir ez-Zor, where a three-year siege was recently broken—so that families not only had something to eat but had a hot, fresh meal, five days a week. This nourishment meant people did not to go bed hungry at night. It meant they did not go to bed forgotten. 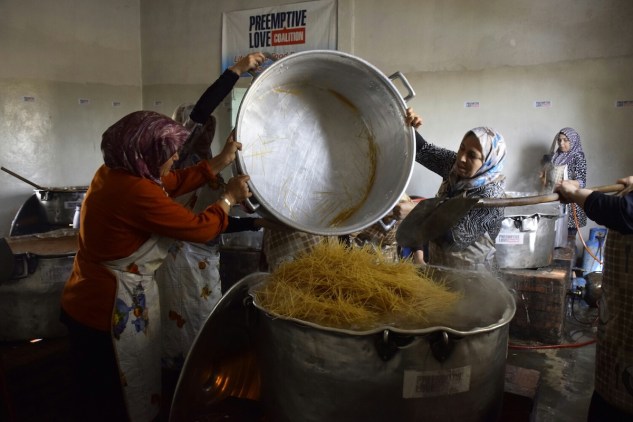 These boxes contain staples like rice, oil, dried beans, and canned chicken. Each food pack is designed to last a family a month.

You also provided  smaller boxes filled with a week’s worth of ready-to-eat foods like cans of beans, cheese, and meat. 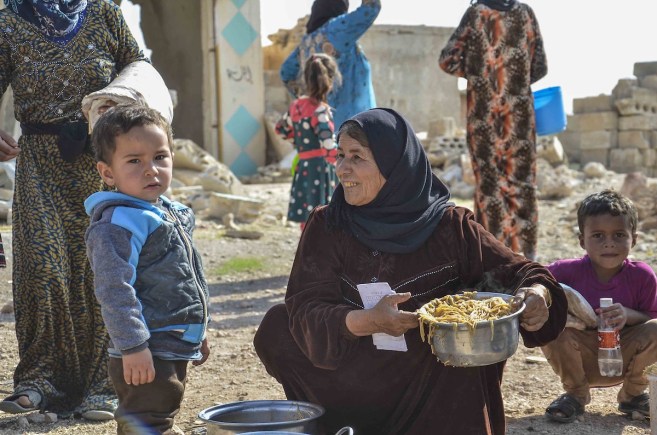 Aid trucks can’t reach into some besieged parts of Syria, but you found a way to help starving families—providing fresh bread from a local bakery. Over 1,000 of these hungry families are headed by women or children. The every-other-day distributions take place with near-constant bombardments nearby. 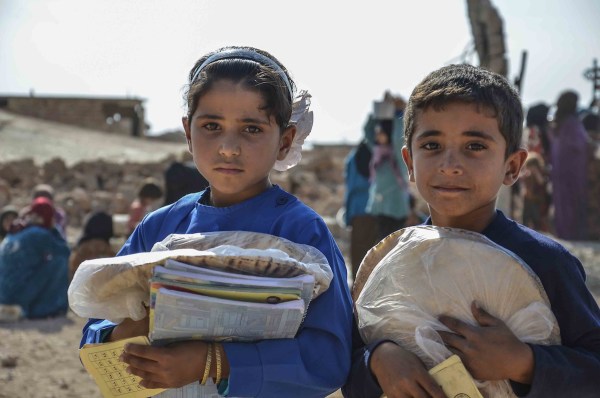 When families returned home to Aleppo, many found their houses damaged by bombs and mortar fire, as well as broken electrical wires, water pipes, light fixtures, and windows. Your love got to work and repaired one room in each house—providing doors, locks and windows—as well as a working toilet and kitchen. You gave families a safe space to live while they rebuild the rest of their home. 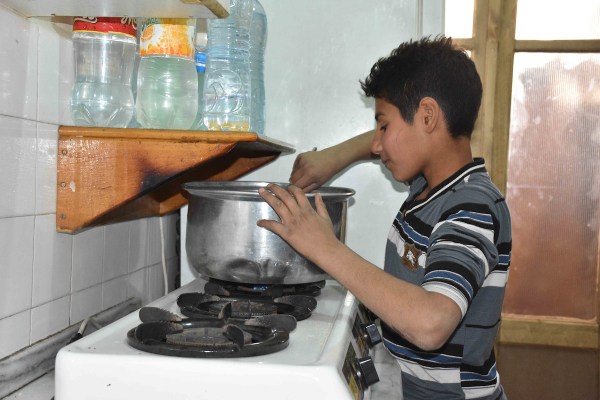 Imagine rebuilding your house—rebuilding your life—with no power in your neighborhood. Seven years of war left Aleppo with few power plants or electric lines. You solved this problem for 52 families—the same families whose homes you repaired—by providing four large generators for their neighborhood.

Your love made people well.

Syrian hospitals are often damaged or destroyed—many of them having become targets of war. But our  specially-equipped ambulances can travel where needed most for medical consultations, vaccinations, and even to deliver food. You provided drivers, doctors, and social workers for each clinic, paid for gas and maintenance, and supplied medicines and equipment. 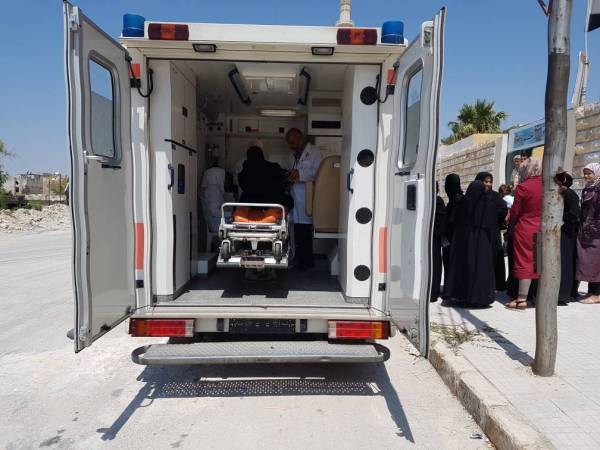 These packages allow families to clean their homes and bathe—protecting themselves from disease. Each box contains disinfectants, cleaning supplies, feminine hygiene products, and more. 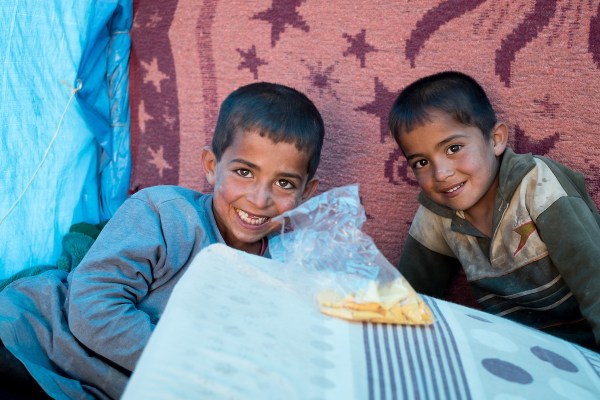 In April 2017, the world reeled at news of another chemical attack in Syria. In a three-pronged effort, you responded with food, kitchen equipment, and cleaning supplies. You also provided training on how to recognize, survive, and recover from a chemical attack.

Your response to traumatized families made a huge difference. Before the project, only 5% of these households had enough food for the next four days. After these deliveries, 89% had what they needed to get through. 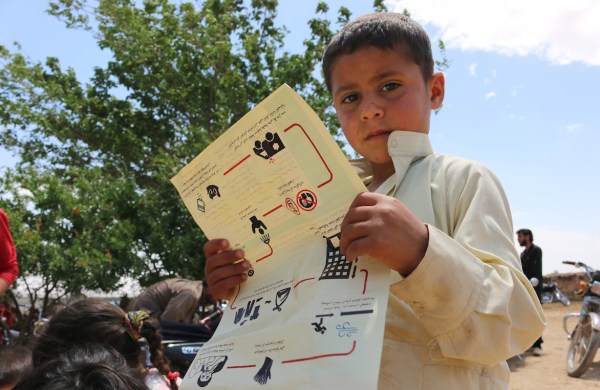 You can continue to unmake violence in Syria by joining the Syrian 300. These special group is pledging to give $1000 to Syrian relief over the next 12 months. That’s $84 a month. Join with others who refuse to be powerless in the face of the ongoing conflict in Syria. 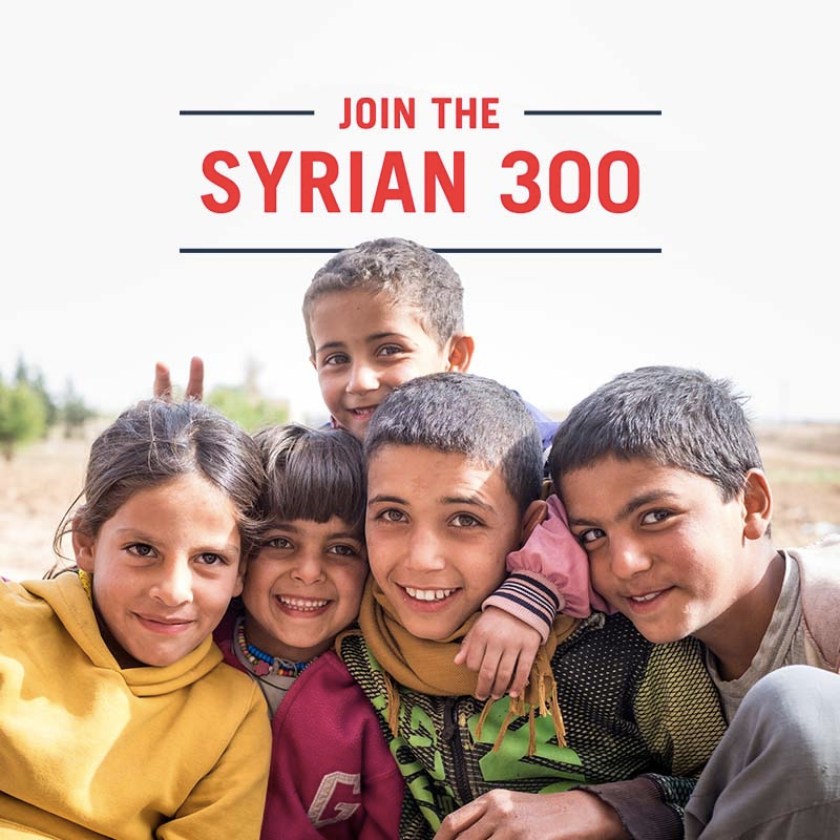