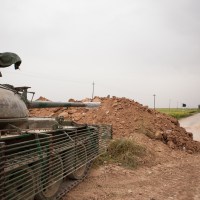 Iraqi federal forces and Kurdish peshmerga soldiers are clashing right now near the oil-rich city of Kirkuk—not with ISIS, but with each other. It’s the latest fallout after last month’s referendum on Kurdish independence. And it was completely, utterly avoidable.

To be sure, ISIS is far from gone. There are anywhere from 6,000 to 10,000 ISIS fighters, according to some estimates. That’s no small number, especially when we’ve seen the damage one guy with a gun (or a bomb) can do. But as a territory-holding entity, as a self-proclaimed caliphate, ISIS is pretty well routed. The common enemy is all but vanquished.

Far from being good news—far from being a doorway to peace and stability for a region that’s seen decades of war—in some ways it’s the worst possible news. Because all the old grudges and grievances that were simmering long before ISIS—they’re still here. 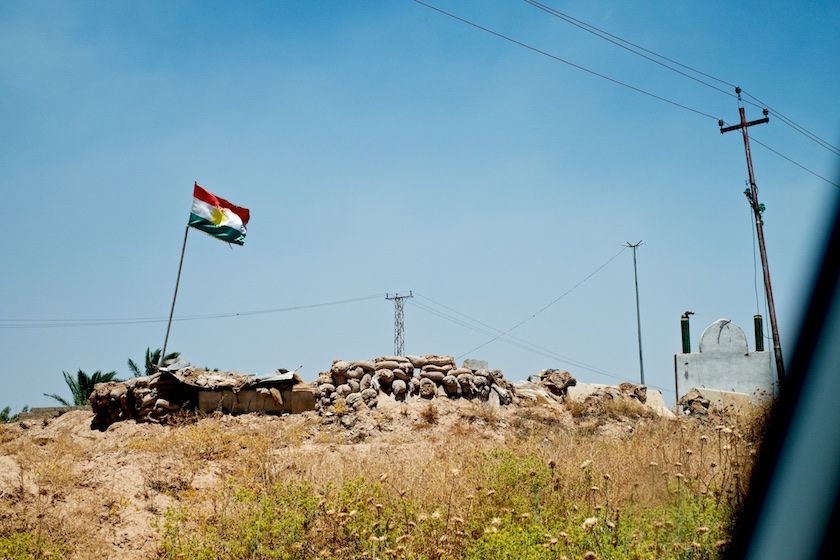 There are historic grievances, some of which date back a century or more, unresolved. There are constitutional grievances. Even if the governments in Baghdad and Erbil could agree on Kurdistan’s future, there are territorial disputes to be ironed out. When federal forces fled the ISIS onslaught in 2014, Kurdish militias stepped in, gaining control of significant new territory, including the disputed city of Kirkuk. Now that ISIS is being pushed back, Baghdad wants to reclaim territory they view as theirs. There are whole cities, millions of people, and of course, vast oil reserves at stake.

Part of our team was nearby when tanks rolled into Kirkuk a few days ago. We were maybe 10-15 minutes away from some of the skirmishes that broke out. As we were leaving, the roads were flooded with thousands of people fleeing the city.

And none of it is the least bit surprising. We knew this was coming. We’ve feared it was coming. We warned it was coming. Because the meaningful dialogue needed for partnership and reconciliation hasn’t been happening. As long as we’ve all had a common enemy in ISIS, we’ve been happy to kick the can down the road.

We can’t afford to do that anymore.

Until someone is willing to step across enemy lines, or get in their convoy and drive, or walk across the hall in parliament and sit down with the other side, nothing will change. We’ll find ourselves lurching from one war—one which has devastated huge swaths of Iraq—straight into the next.

Because it’s always easier to find a scapegoat than a solution.

When we have a common enemy—a person or group or ideology on which we can fix all our animosity—what happens when that enemy is vanquished? Instead of dealing with the real underlying issues, we find ourselves looking for another enemy, another scapegoat, another target for our anger and unresolved grievances.

This is the war after the war with ISIS.

This is proof that at the end of the day, bombs and bullets and airstrikes cannot lead us to The More Beautiful World Our Hearts Know Is Possible. They can’t even end conflict. We cannot bomb away ideas or ideologies. We cannot shout down our enemies. Force cannot find a way forward. 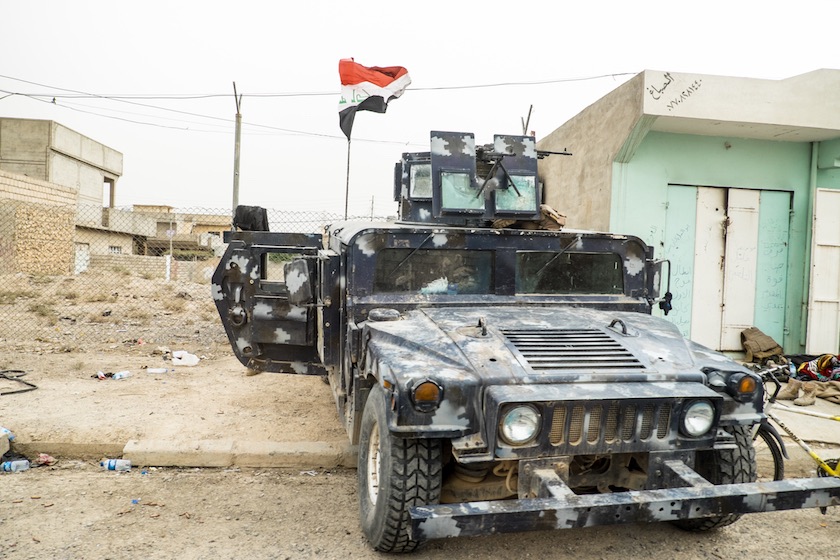 This the real work in front of us. This is why we launched The Frontline this week as a monthly giving community where we give more than just our money, we give ourselves. Because the wounds of war are not mended in a moment, as the situation in Iraq right now proves. We have to do more than just react to the next crisis… and the next… and the one after that.

Preemptive love is about beginning the end of violence.

I believe there is a love big enough to unmake violence. We may not finish this work entirely in our lifetimes. But we cannot wait any longer to get started.

Give monthly to join The Frontline.