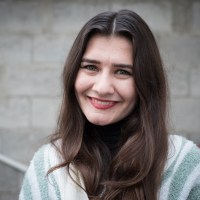 Imagine this: the tray in front of you is filled with ancient shards of broken pottery. Perhaps used as  a cooking pot before it was smashed and discarded thousands of years ago.

Maybe it held water or wine. As you look over the broken pieces in, all you know is this object of clay was useful once and your job is to gently free the shards from the dirt that obscures their true shape, and put it back together.

At least she was.

Kinaz loved working as an archaeologist in Syria, before war smashed apart her life and left her life in shards.

She’s piecing her life back together just like she might have done with an archaeological find, in part, because of you, because of WorkWell.

Ever since she was a child, Kinaz was always fascinated with archaeology ‘The more ancient, the more valuable’ Kinaz tells us. When her father insisted she study something practical after high school–preferably economics, though biology or French would do–Kinaz found a way around her father’s wishes in order to study ancient things.

She couldn’t study at the school of her choice—Syria was at war after all, and not everywhere was safe. But she was able to learn the care of precious things. Kinaz was so good at conservation techniques her teachers tried to convince her to choose that as her specialty. Kinaz resisted. She wanted to learn the full scope of the field, studying the laws that protect that national treasures in Syria and the means used to protect them.

You can imagine her heartbreak then when ISIS destroyed so many historic sites, and financed their reign of terror, in part, by selling off artifacts.

“People don’t have to die by bullets—they kill their spirits” Kinaz remarked.

ISIS’ destruction of ancient monuments was just one small facet of the demoralization that comes from living in a war zone. “  Because of the war, Psychiatry is a flourishing profession right now.

Depression is common & the torment is palpable. Much of warfare is psychological.

When the political climate in Syria shifted, seemingly overnight, checkpoints were set up around her city. Kinaz chooses not to cover her hair as many others in her Muslim community; but suddenly she’s had to keep scarves in her bag at all times in case she was seen and punished for not wearing one.

Their ID cards also became a weapon in the hands of those staffing checkpoints—government forces and opposition militias alike. Each ID card has identifying stripes on the bottom, for Shia, Kurd and Sunni. Kinaz was sometimes up to an hour late for school because someone riding in the same car had an issue at a checkpoint.

The young man who made her feel special, the one she hoped to spend the rest of her life with, had to flee to Iraq with his family. Staying would have meant certain death for him.

Her community was supplied electricity only one hour every three days so her family couldn’t keep refrigerated food in the house. She had to study for school by candle light.

Then there were the more obvious marks of war, an ever-present reminder of terror—the bombs, the violence, the never ending fear. The onset of war was so fast it took Kinaz and her community off guard. They had always known Syria as  a safe, developed country.

Virtually overnight it became a place of terror so profound the she knew of 17 and 18 yr-olds having strokes because of stress and fear.

In the west, we often say that stress is a killer. In Kinaz’s case, this was very nearly true.

The trauma of war left Kinaz’s body in a vulnerable state.

The headaches eventually drove her to the doctor, where she received devastating news. Kinaz’s brain was damaged by an infection. Under her skull, where gray matter should have formed a solid dome under the protective bone, there was now a void in her brain.

Like so many others living in a country at war, Kinaz’s life broke apart into a collection of shards. But she instinctively gathered the pieces and started putting the puzzle back together.

Kinaz tended to her own physical therapy to recover from the brain infection. She worked hard, and regained most of the function in her hand, leg and speech. She dedicated herself to her studies in archaeology, thrilled to pursue her dreams.

That young man that made Kinaz feel special? He and Kinaz married, and brought her to live with him and his family in a refugee camp in Iraq. It’s not an easy life, but it’s safe, and they are together. Her husband encourages and supports her as she continues to pursue her dreams. 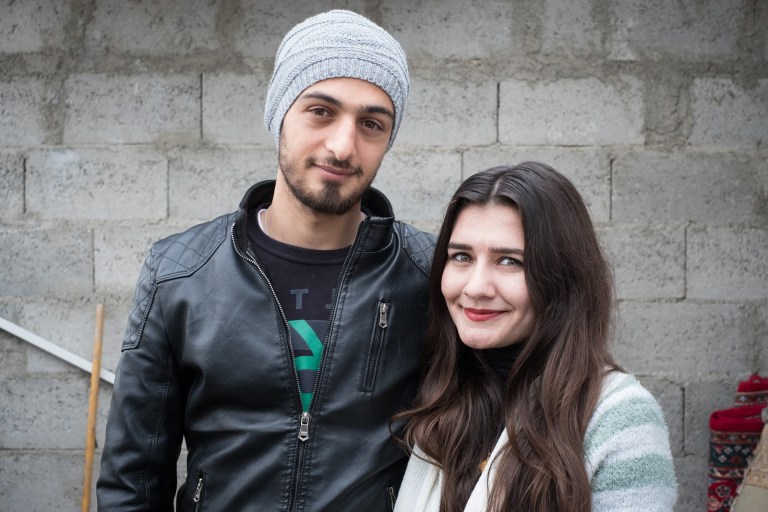 Kinaz found part-time work at the high school in the camp, teaching classes on human rights and racial genocide to 11th and 12th graders.

She helps teenagers whose lives have been torn by war recognize where they fit in long-term patterns of injustice.

When Kinaz got the chance to attend the WorkWell program at our tech innovation hub she jumped at the opportunity! At first glance it would seem that tech skills are a world away from her passion for the ancient world.

Kinaz sees her current studies as complimenting what she has already learned. She still dreams of earning a Masters degree in archaeology, and she’s adding tools to her knowledge base to make her future studies as successful as possible.

In Syria, Kinaz studied by candle light. At WorkWell, she is digitally connected to the whole world.

Thank you for your investment in our WorkWell program where students like Kinaz can imagine a better world for themselves & their family. You made that happen.

Our WorkWell program is bringing hope and that’s not always easy to come by.