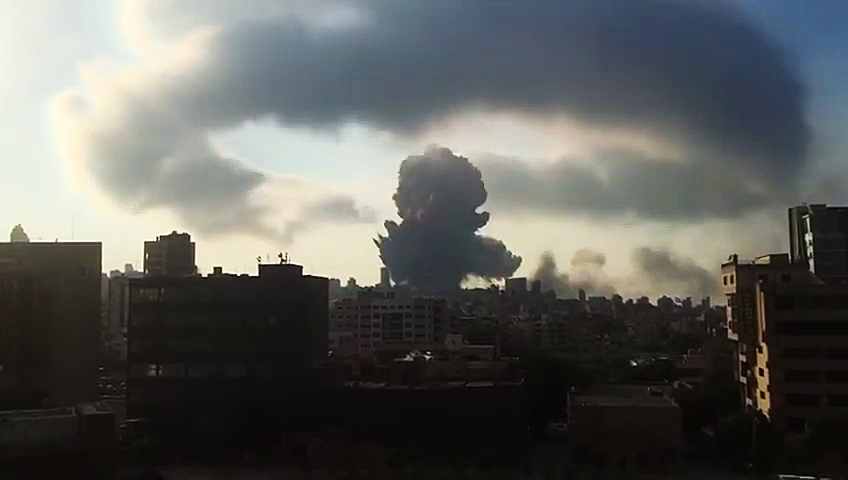 One year after the blast.

to help families in Lebanon

One year ago today, tragedy struck Beirut. Thank you for serving the most vulnerable in the wake of the blast. But, the crisis is far from over.

Protests are frequent. People resort to stealing faucets, air conditioners, and any appliances to resell for money. In turn, families feel unsafe living in their own homes.

Today, when we grieve the lives lost in the explosion, we also press into the agency this global community of peacemakers has to make a difference.

Here’s what you can do:

Become a member, and help community leaders in Beirut access resources to rebuild their city. Give hot meals to food insecure families.

Read Sammi’s story and learn more about what it’s like living in Lebanon’s current unrest.

A YEAR IN REVIEW

Our community of peacemakers is helping rebuild 20 homes and replace 42 appliances to make the homes livable and keep families secure.

As of today, you’ve provided 246,644 meals to Beirut families. You’re also helping rebuild 89 homes that were damaged by the explosion.

You’ve now helped serve 106,112 meals in Beirut to families impacted by the explosion.

A massive fire has started at the site of last month’s #BeirutBlast, near the homes we’re repairing. Our team is safe but was close enough to feel the heat from the fire.

We’ve served 54,000 meals to families here in Beirut who may otherwise have no access to food. We’re also repairing 82 homes in Beirut damaged by the blast so families can be safe in their homes.

From August 4–18, we served over 10,000 meals to those affected by the Beirut blast. We are continuing to feed families daily in some of the hardest-hit areas.

Tensions are high in Lebanon, as a special tribunal rules on the assassination of the country’s former prime minister, Rafik Hariri. The people of Lebanon have waited 15 years for a verdict, and the proceedings have cost Lebanon $1 billion.

Many people here believe that justice won’t be served, no matter the verdict. And the time and cost it’s taken to reach this point has many wondering whether they will ever see justice for the deadly blasts two weeks ago.

COVID-19 is surging in Lebanon since the explosion two weeks ago. We are continuing to serve families every day, while taking every precaution we can. 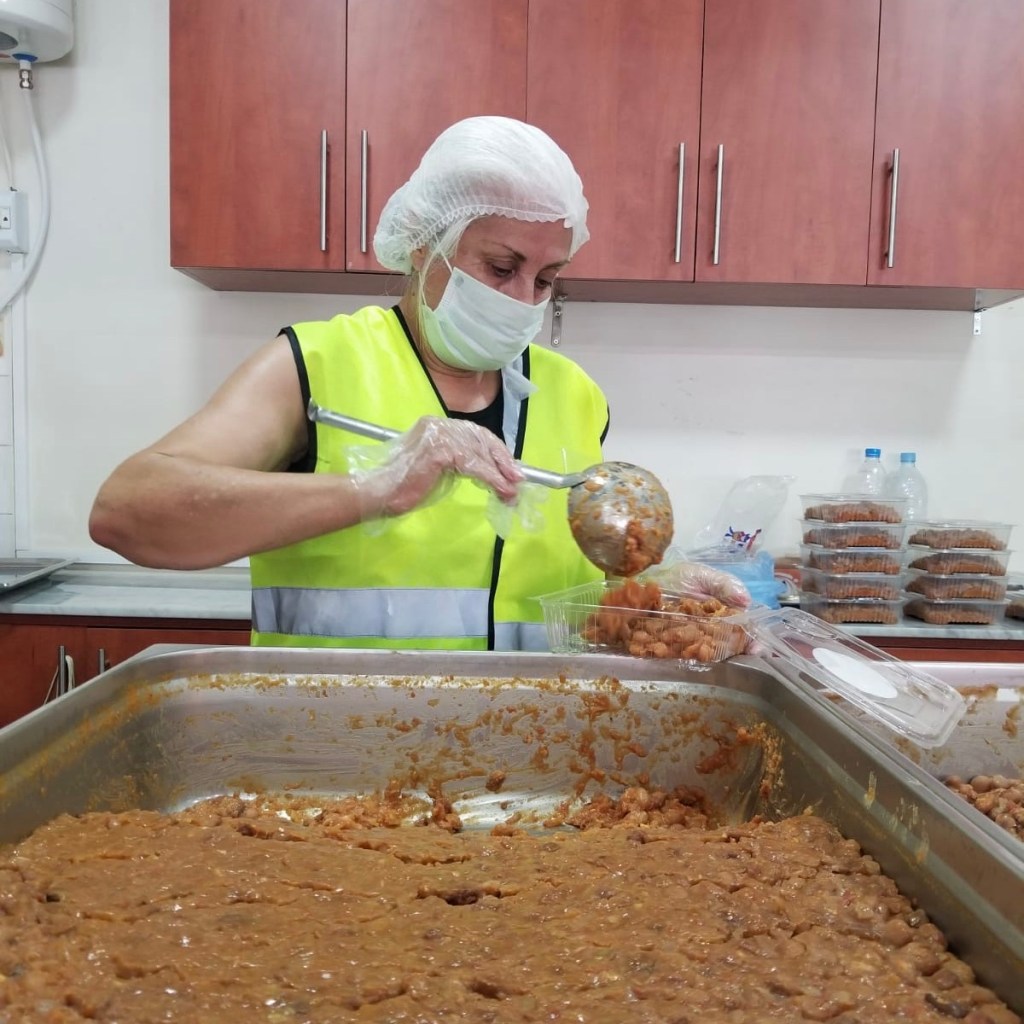 Today’s cooked meal for families in Beirut: spaghetti with meat sauce. Because the kitchen preparing food will be closed tomorrow, families received an extra meal for Sunday, consisting of food that does not require refrigeration, so it can stay fresh. 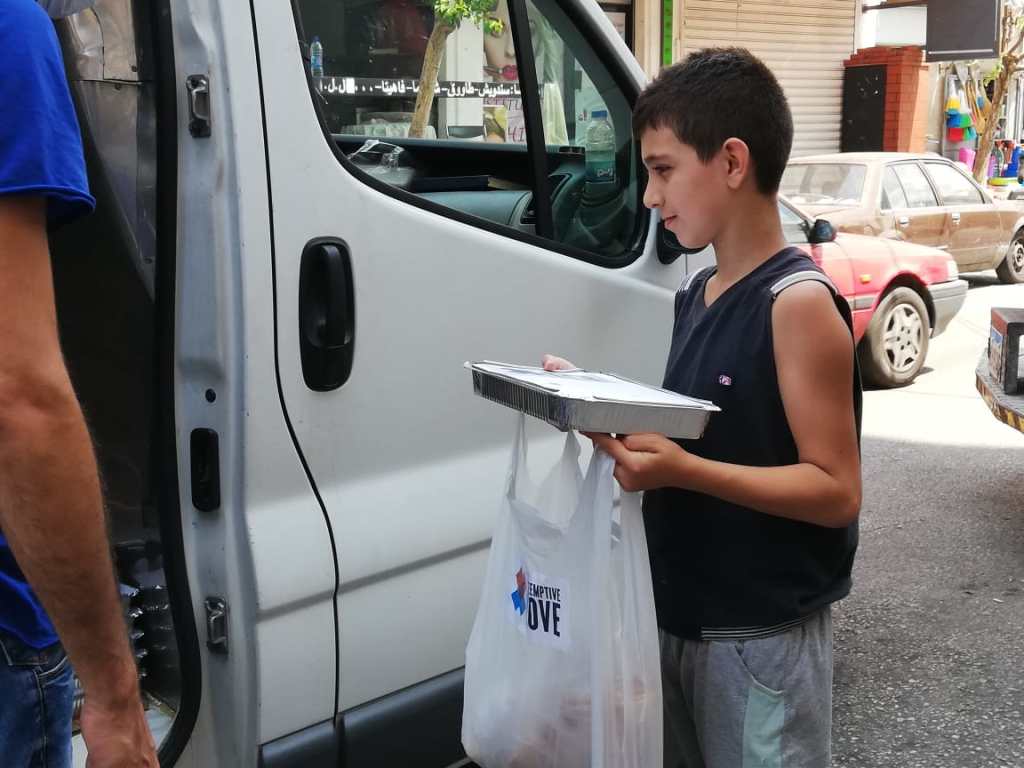 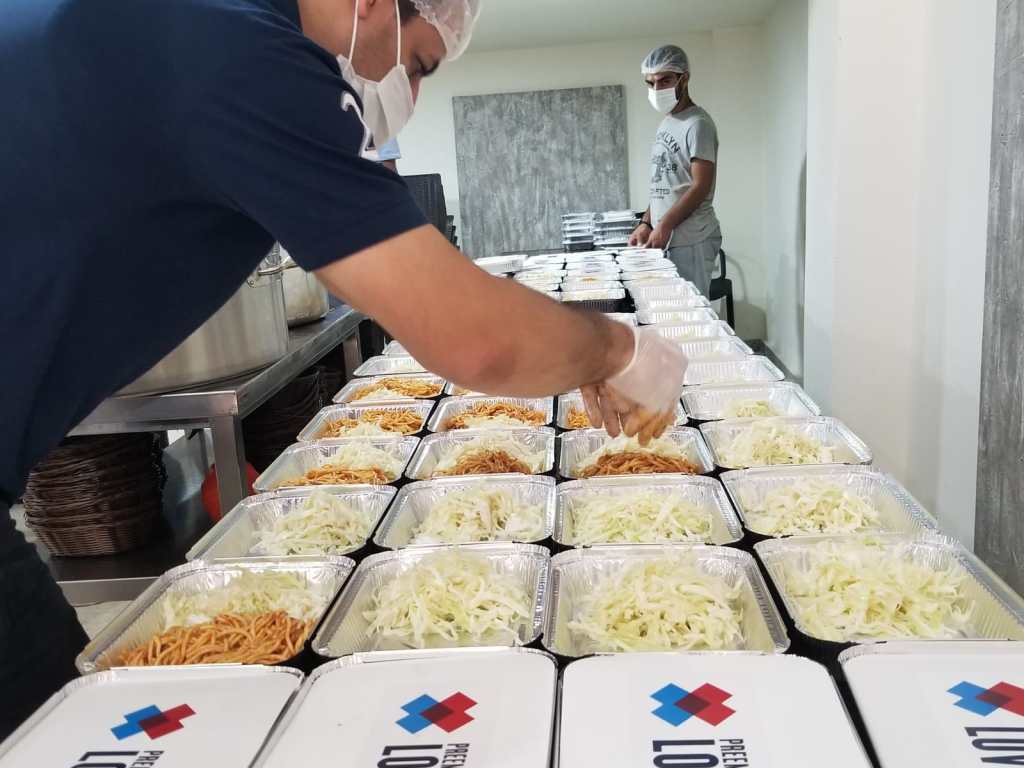 In addition to providing meals to those affected by the blast, we are increasing capacity for our local partners. Repairing kitchens, buying more stoves, pots, and supplies. Providing groceries. And hiring more staff to work alongside us, to help prepare and deliver the food. Beirut sorely needed jobs before the blast last Tuesday. Many more residents have lost jobs because of the widespread damage, so being able to employ people to help in distributions directly helps local families who need it.

Today we’re serving mujadara, or “Messy Lentils.” (Recipe here.) The people we’re serving today are having it with cabbage salad and flatbread—but you could eat it like sloppy joes. It’s also vegan!

We not only want to meet families’ nutritional needs, but also provide comfort with food that tastes like home. Today’s meal of the day is molokhia, a traditional dish eaten across the Middle East, and made with jute leaves, chicken, onions and spices. The dark, leafy greens make it very nutritious. Click here for the recipe. 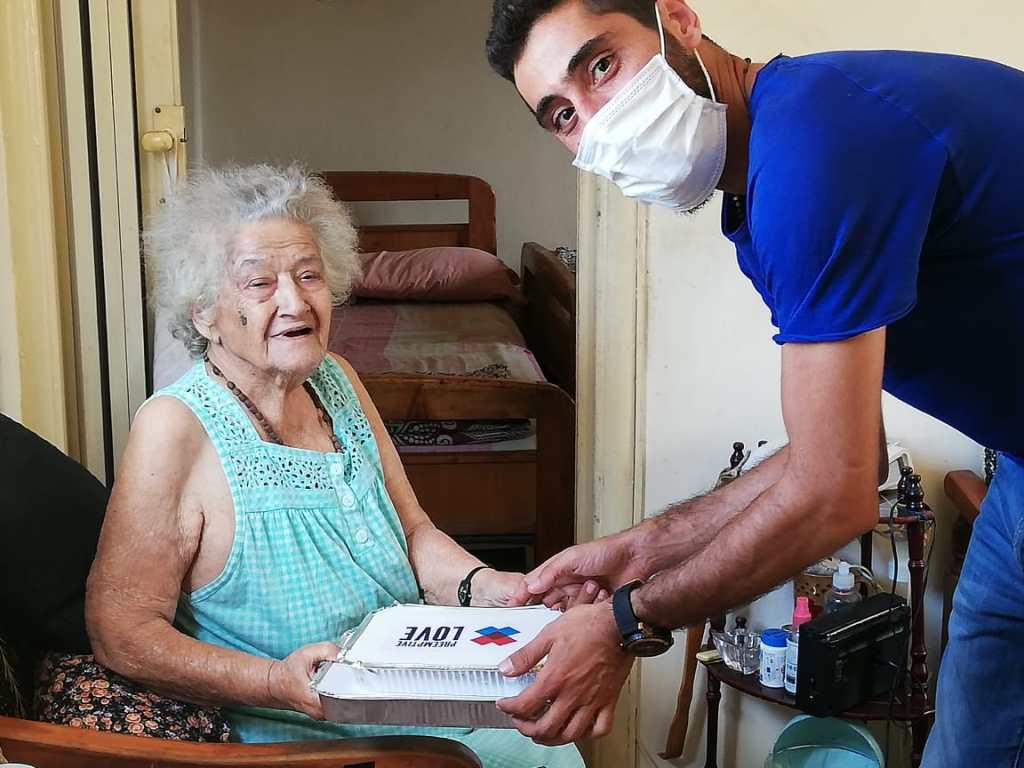 Thousands of homes were damaged in the explosion. We’re working with local engineers to identify homes that can be repaired so that families can safely return. Each home will cost at least $5,000 to repair with new windows and doors—much-needed security in the midst of upheaval. 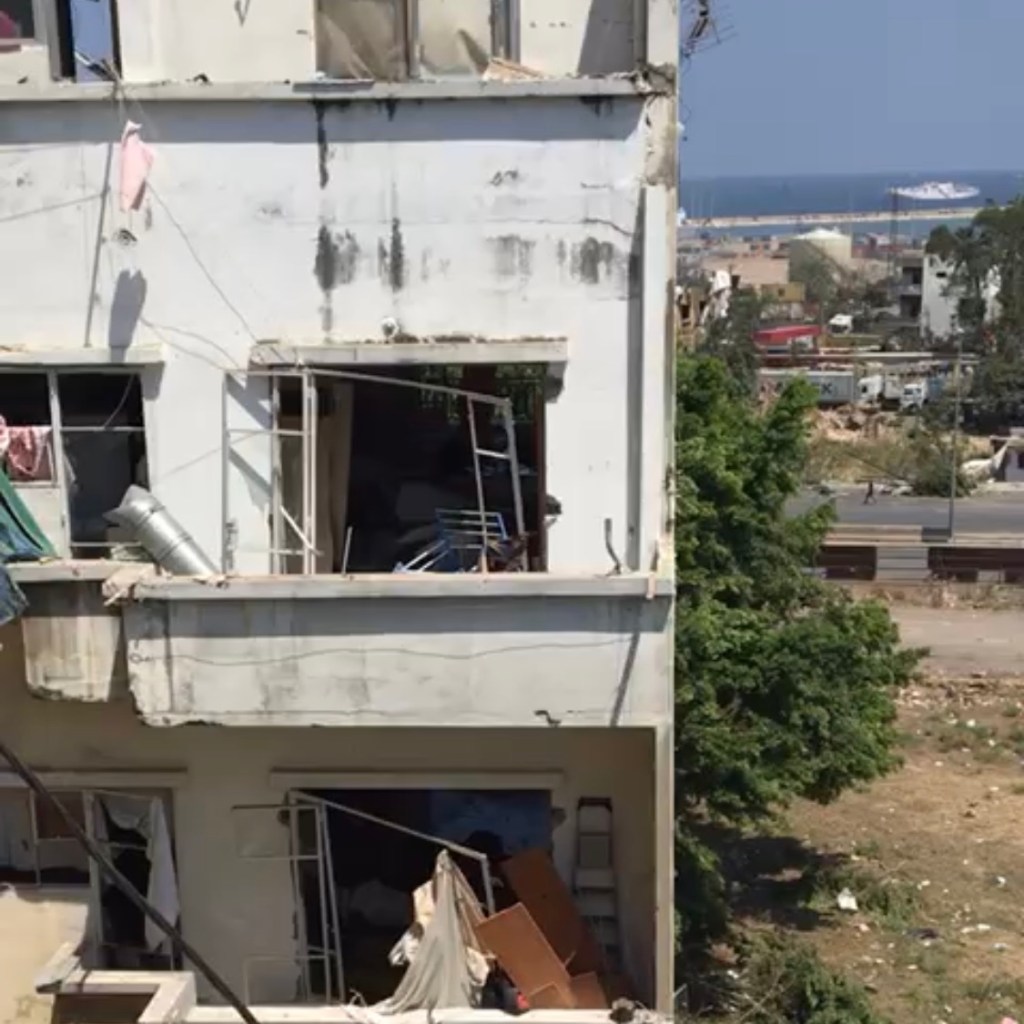 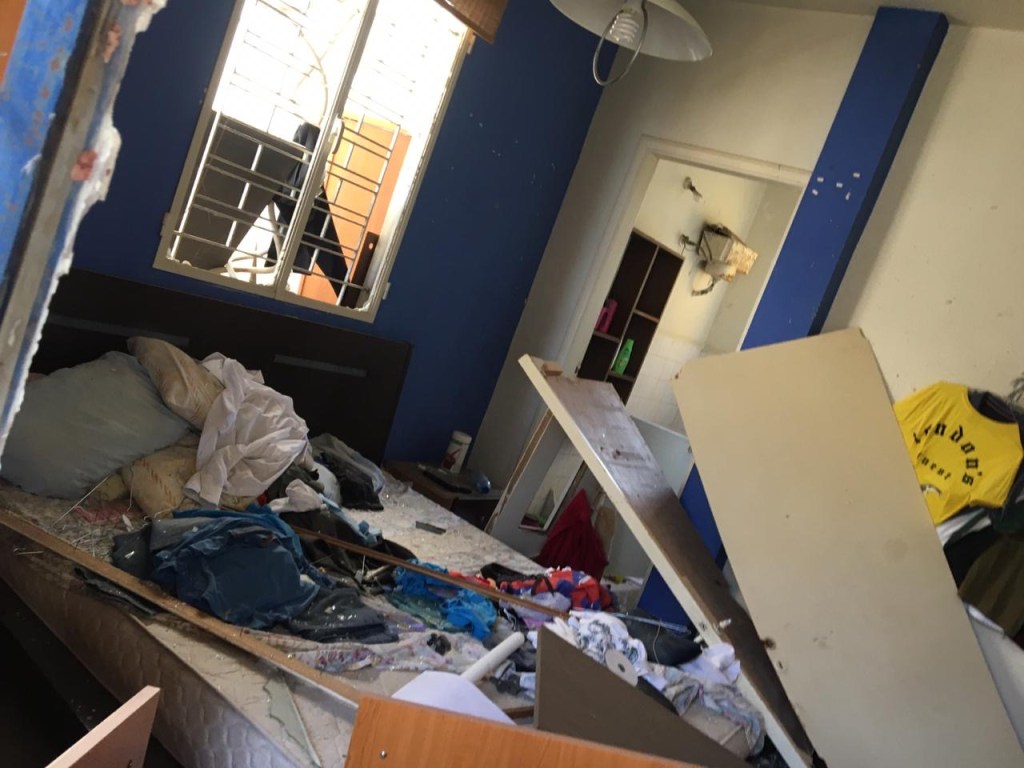 Yesterday we distributed 1,500 meals to families affected by the blast in Beirut. Our daily food distributions are continuing. 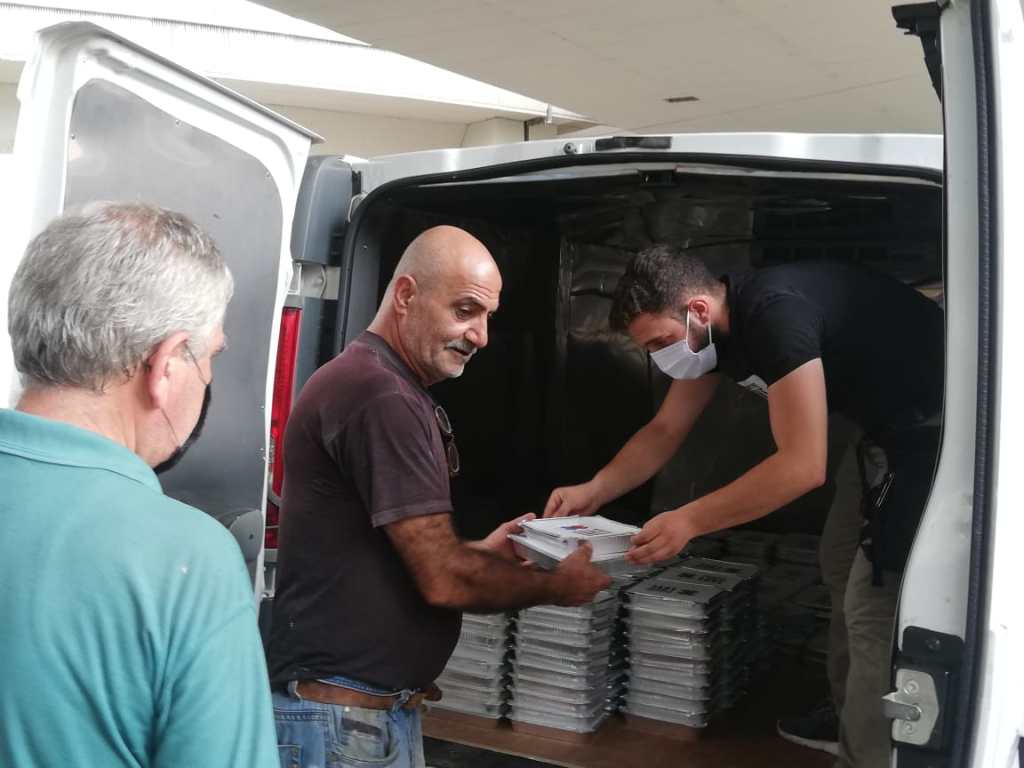 There are several new developments in Beirut today:

An update from our team leader, Michel Tannous, who is at the port in Beirut. In the midst of broken communities, broken hopes, and escalating anxiety—we are there. We are bringing comforting meals to hungry families, and putting plans in place for the next phase, helping families to remake home.

Day 2 distributing cooked, ready-to-eat meals to those who can’t leave their neighborhoods in Beirut. We’re prioritizing those with someone who is ill or has disability that prevents them from leaving home. 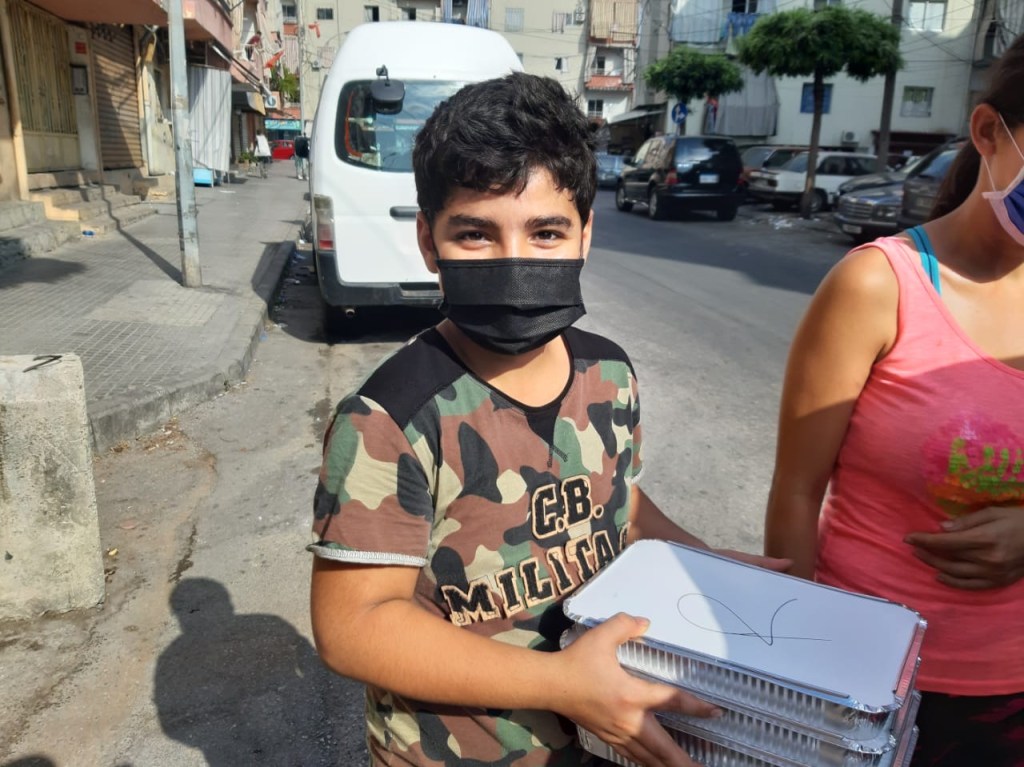 Meanwhile, we are working to equip a local kitchen to feed even more families in need. Stay tuned to this page for more updates.

Our team is on the ground in Beirut with food today. Charbel (left) and his family were some of the first to receive food. Our goal to feed hundreds of people each day as quickly as possible, while we identify additional ways to help. 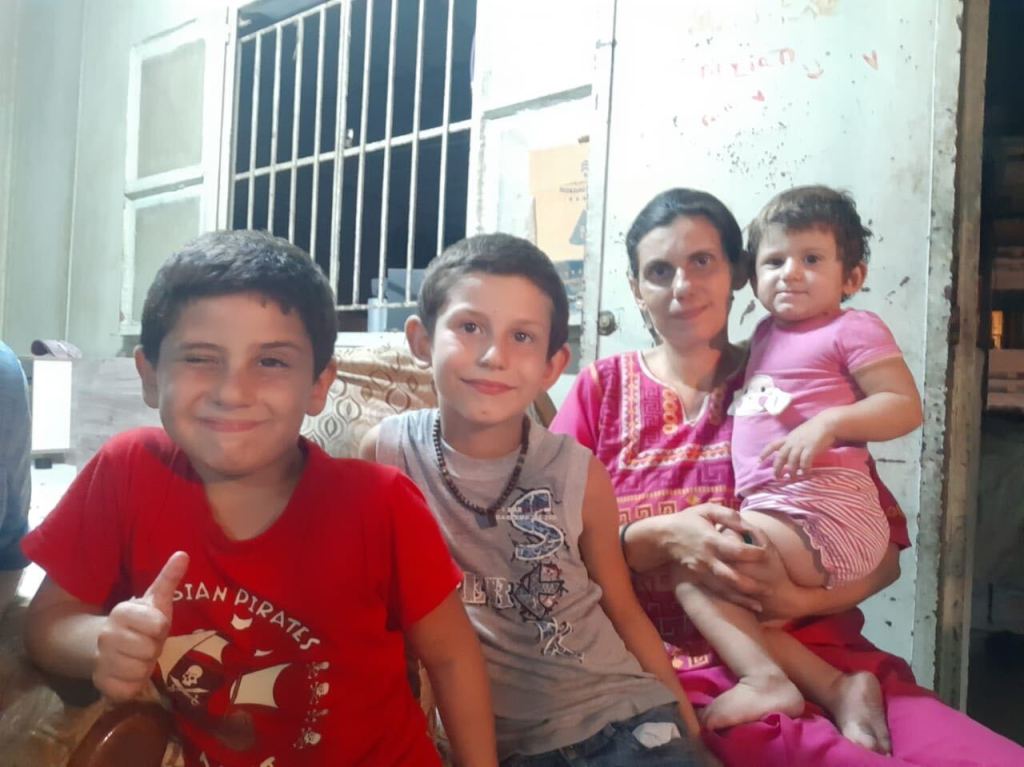 According to Beirut’s governor, the blasts damaged half the city. We will have more about our emergency response shortly.

Here’s a recap of the situation in Beirut tonight, from Preemptive Love’s Jeremy Courtney in Iraq and Michel Tannous in Lebanon.

The destruction radius is estimated to extend at least 15 miles from the blast site in Beirut. The port impacted by the explosion is responsible for importing 80% of Lebanon’s food supply, prompting fears of a major food crisis to come. 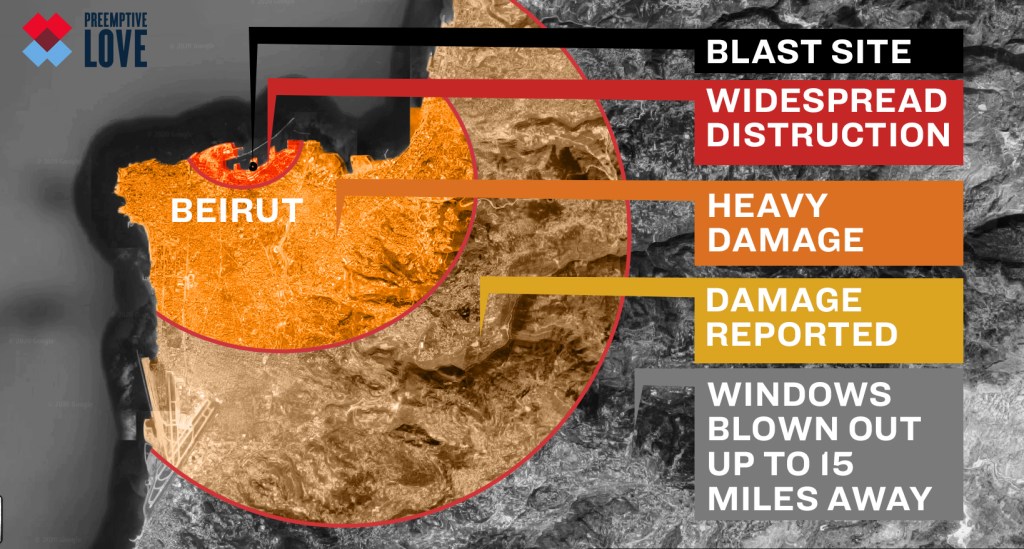 The estimated death toll from the blasts has been updated to more than 70, according to local reports.

Unconfirmed reports on local news in Lebanon that 30 people were killed and around 3,000 injured by the blasts.

The explosion appears to have hit Beirut’s port, which could have devastating consequences beyond the immediate blast. Lebanon relies on imports, for everything from food to fuel. From our team on the ground: “This will [cause us to run] out of flour, fuel, and everything that is imported. People will run out gas, power, bread… you name it. All those were coming in [before] but at a slower pace. This explosion made it [disappear] in a single second.”