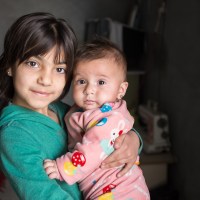 The debate over refugees is showing no signs of letting up.

This week, the courts temporarily suspended President Trump’s executive order, while the White House mulled a range of options, from a Supreme Court challenge to writing a new order. In these situations, it can be so easy to talk past one another. But the reality is that the issues are often more nuanced—and far more complex—than sound bites and 140-character limits allow for.

Whether you are for President Trump’s executive order on refugees or against it, here are four important things to know about refugees, refugee policy, and the relationship between refugees and terrorism.

As with so many things, the simple story is almost never the truest one.

1. Refugee policy in America is controversial—and always has been.

A possible indicator of a shift in public opinion, even more recent polling reveals that a slight majority now oppose the executive order, and an even stronger majority—around 70%—oppose an indefinite ban on Syrian refugees.

But conflicting opinions on refugee resettlement are nothing new in American politics. According to the Pew Research Center, a majority of Americans have opposed almost every major wave of refugees settling in the country, going back nearly a century:

FiveThirtyEight has dug into current sentiment toward refugees, drawing on a number of recent polls. Their analysis indicates that American views on refugee resettlement are more complex than many realize:

Current attitudes toward Syrian refugees echo previous moments in history—even down to the reasons for opposition. Just as many Americans worried about criminals from Cuba infiltrating the U.S. in the 1980s, today many voice concern that terrorists and extremists could infiltrate the country posing as Syrian refugees.

As with so many things about the refugee crisis, American attitudes are more complex than the simple story suggests.

Which is why we always say… don’t believe the simple story.

So what is the actual risk of allowing refugees into the country? 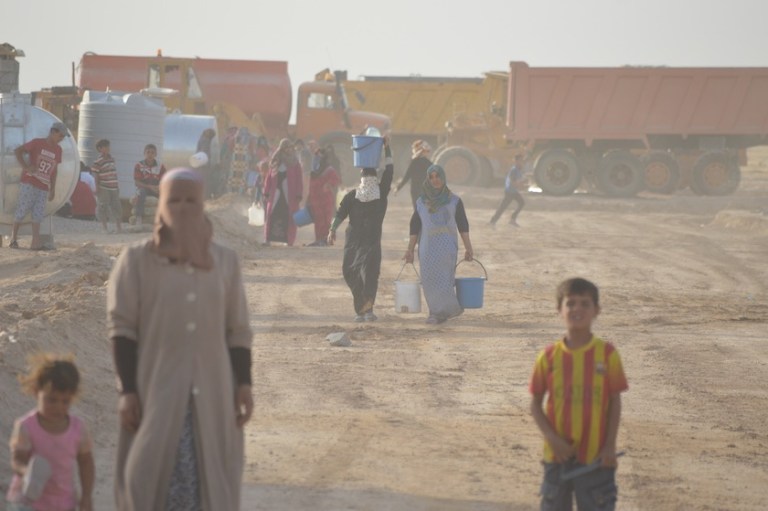 2. Terrorists have tried posing as refugees before. But it’s rare—and their success is even rarer.

Over the past 40 years, 154 foreign-born terrorists have conducted or planned attacks in the US, according to the Cato Institute, a libertarian think tank. But very few have posed as refugees to get into the country.

The largest share of terrorists (35%) were lawful permanent residents, followed by those who entered the U.S. on tourist visas (22%). The second group includes all but one of the 9/11 hijackers. (Another came to the U.S. on a student visa.)

It’s not unheard of for terrorists to exploit the refugee system. Since 1975, 20 terrorists (or would-be terrorists) have infiltrated the U.S. by posing as refugees. But as the Cato report notes, “Refugees were not very successful at killing Americans.” Only three—all of them from Cuba—managed to mount successful attacks, killing a total of three people.

These 20 terrorists account for 0.0006% of all refugees admitted into the country over the past four decades. To put that in context, the percent of Americans arrested for violent crime in 2015 is 250 times greater than the percent of refugees who turn out to be terrorists, successful or otherwise.

Also worth noting: the handful of attacks by refugees all occurred before 1980. That’s when modern screening standards were introduced. Prior to 1980, the U.S. government relied on a haphazard patchwork of vetting procedures, some of which dated to the post-WWII era.

Since new refugee vetting methods were introduced nearly four decades ago, there has not been one attack on American soil by a terrorist posing as a refugee.

In addition, there have been no terrorist attacks in the U.S. by anyone from the seven countries named in President Trump’s executive order (and in President Obama’s legislation before that), including Syria.

One recent case that’s come up in the debate over President Trump’s order—and that we mentioned in an earlier post—in 2009, two al-Qaeda terrorists exploited a flaw in the screening process for refugees from Iraq. Eventually the two made it to Kentucky, where they began stockpiling weapons to smuggle back to Iraq, though they were never planning an attack on American soil.

The terrorists were apprehended before they could complete their mission, and the screening process was strengthened to prevent it from happening again. Iraqi refugees who’d already been approved to resettle were required to go through additional, enhanced vetting, causing considerable delays for people already in the system—though, as we noted before, the resettlement program was never shut down.

In short, terrorists sometimes manage to exploit the immigration system to enter the country—and on rare occasion, some have tried posing as refugees. But these instances are so unusual—and success is even less common—in part because vetting for refugees is far more rigorous than for other immigration categories.

3. What about refugees and terrorism in Europe? There’s cause for concern—but there’s also more to the story.

There is evidence that terrorists have tried to exploit the refugee crisis to slip in among the thousands of terrorized families fleeing war and violence in the Middle East for the comparative safety of Europe.

For example, at least one of the suicide bombers in the 2015 Paris attacks was found to be carrying a Syrian passport. His name and fingerprints matched those of a man who entered Europe as an asylum seeker a few months before. Authorities believe the passport was a fake and that the attacker posed as a Syrian refugee in order to get into Europe. The other attackers were EU nationals.

Last year, a refugee in Germany was arrested (and later killed himself) for plotting a bomb attack. The man was caught by two other Syrian refugees who tied him up in their apartment until police could arrest him.

Last summer, a Syrian refugee killed one and injured two in a knife attack in Germany, though the incident does not appear to have been motivated by terrorism.

This is why the Brookings Institute, a center-left think tank in Washington D.C. says that “concerns about terrorism and refugees are legitimate.” But they point out that the situations in Europe and the U.S. are very different, for at least three reasons.

First, according to the Brookings Institute, European Muslims are more vulnerable to radicalization, partly because of alienation from their communities and governments. (The controversy over burkini bans in France is one example of this.) While there are exceptions, American Muslims tend to be better integrated into their communities and the surrounding culture.

In one report on Syrian refugees in Europe, the Brookings Institute warns:

“If they cannot be integrated into local communities, then they risk perpetuating, or even exacerbating, the tensions between Muslim and non-Muslim communities in Europe. Despite their current gratitude for sanctuary in Europe, over time the refugees may be disenfranchised and become alienated. We’ve seen this movie before, where anger and disaffection fester, creating “suspect communities” that do not cooperate with law enforcement and security agencies and allow terrorists to recruit and operate with little interference.”

Syrian refugees coming to America face similar challenges, but the U.S. has not had to absorb nearly as many of them as Europe. Since the start of the Syrian civil war, the EU has received nearly 700,000 first-time asylum applicants from Syria, while the U.S. has resettled fewer than 20,000 over the same period.

A second challenge is Europe’s proximity to the Middle East. America has not had to deal with collective admission of Syrian refugees in the way that Europe has. Other experts have already noted that the EU is “more exposed to irregular migration flows over its external borders.

Third, while questions can (and should) be raised about the strength of America’s refugee vetting process, the measures currently in place are among the most rigorous in the world.

No refugee can choose to live in the United States. They must be referred by the UN refugee agency (which has its own battery of background checks)—and even then, the choice of country is not given to the refugee.

Once someone is referred to the U.S. government, they go through multiple screenings and interviews involving nine different government agencies—including the FBI, the State Department, and Homeland Security. Fingerprints are taken and scanned against multiple databases. A medical check may be required. Cultural orientation classes are required of those who make it through the two-year process. And for Syrian refugees, there are additional layers of screening.

Many news outlets, such as Time, have already documented the process in its entirety. 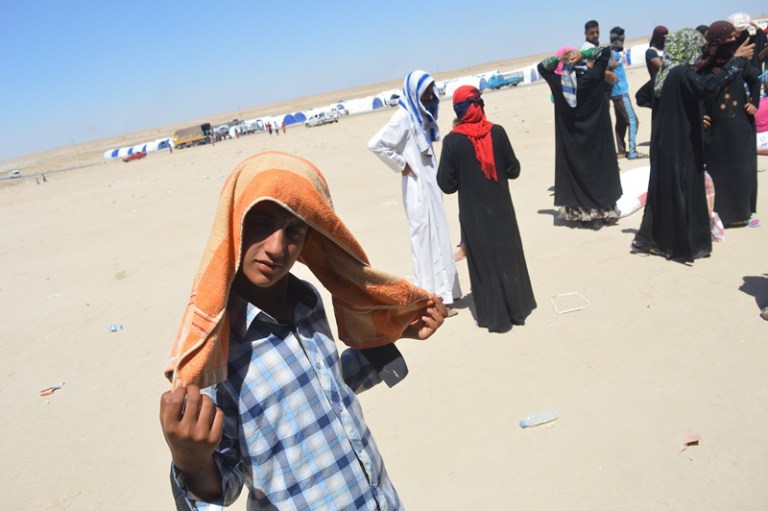 4. However you feel about letting refugees into the country, you can still show up for the ones who are already here… and for those who will never get here.

There are reports that ISIS and other terrorist groups are celebrating the executive order as a win for them. They’re calling it “the blessed ban,” according to at least one resident of ISIS-held western Mosul.

7. My translator reached the resident at 2 am. ISIS is forbidding people under their rule to have phones. Resident hid his. Calls at night

It shows that they really have caused terror in the U.S., and it serves as a powerful recruiting tool—to them, it’s “proof” that Americans hate Muslims. You know what would really disrupt ISIS’s recruiting? If we all decided to love anyway. It would take away their power to instill fear. We could use love to disarm hate.

Whether you think we need more vetting or you were heartbroken by the executive order, show up for the refugees who are here now. Reach out to a local refugee resettlement agency, like our friends at World Relief. Help refugees in your area find that sense of community and belonging that can be so elusive in an utterly unfamiliar place.

And for those who will never cross our borders, let’s cross theirs. Let’s help them survive, recover, and flourish in their communities, villages, and cities. Almost every displaced family we’ve met wants the same thing: to go home. To live safely in the land of their mothers and fathers, in the homes where their children were born. Where the culture feels as comfortable as the air they breathe. It’s what most of us would want if we were in their shoes.

Love is bigger than politics or parties. It’s bigger than executive orders or protests. Love steps across sectarian divides.