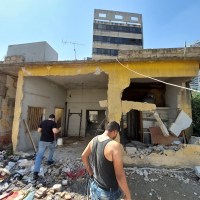 When your community is blown apart, wider community can help you come home

A version of this article first appeared in Journal Vol. 7.

August 4, 2020, 5:40 pm. Rush-hour. A massive column of fire shot up through the sky at the commercial port of Beirut. Firefighters were dispatched to the scene. Hundreds of residents driving past the city’s main thruway stopped to capture the scene on their phones. Nearly 30 minutes later, the fire triggered a massive explosion that ripped through the port and out to the neighborhoods beyond.

Our colleague Michel, a life-long Beirut resident, had just finished up a weekly staff call with our global team when the blast happened. He logged back onto his computer and sent a message:

“Behind me is the smoke of those two explosions that just blew the country up.” In the uncertainty of the moment, Michel was blunt: “The port is totally destroyed.”

Shock waves created by the port explosion ripped through homes, apartment complexes, businesses, and churches for miles—glass shards littering wide swaths of the city. Hundreds were killed, thousands injured, and hundreds of thousands were made homeless. Neighbors who had looked out for each other for years, and sometimes for generations, were scattered across the country as surviving families moved in with relatives and friends while they regrouped. And a nation that was accustomed to being self-reliant had to turn to others for help.

“The neighborhood is gone,” said Sami, a friend from the Ashrafieh district of Beirut, one of the city’s oldest neighborhoods and one crushed in the blast. “The country is poor. And corruption has spread around it. There is no electricity. No gasoline, no water,” Sami says in frustration. “How can Lebanon live? How can it live?”

“You can’t just walk into a neighborhood and know what’s needed. You have to get the story. So we do a lot of listening,” Zach explains. Between them, Zach and colleagues on our Lebanon team can spend 20-30 hours a week in family homes, listening.

Sitting with Sami, we heard of his love of family, and his love for this place. Sami spent his childhood here in this neighborhood, got married here, and watched his own children grow up on these very streets, now destroyed.

At 14 years old Sami became the breadwinner for his family and has carried the responsibility ever since. He lived through a civil war and the impact of regional conflicts with Israel and Syria. He studied to become a lawyer and was able to support his family well financially until the economic and banking crisis turned Sami’s hard-earned savings into mere numbers on paper—in all practical terms, his savings disappeared. Like hundreds of thousands in his community, he no longer has money to repair his home. Life in Beirut, with its history of division, was never predictable, but Sami’s work ethic always made up for the lack of stability. Until now.

The explosion forced Sami and his family to move outside of their neighborhood. The move disrupts work, family, and relationships. It pains Sami that not even destroyed homes are safe from those taking advantage of the chaos.

“The houses are broken… and the thieves are attacking the houses night and day without anyone watching them or penalizing them,” Sami says. “They stole the motor, the fridge, and the lights…They stole everything. They even stole the faucets.”

Despite everything, Sami still longs to return home. His history in Beirut’s Ashrafieh district far outlives the current state of economic, political, and social unrest.

“All our memories are here. We are waiting to go back home, so we can go back and live in it like before,” he said.

But to go home, Sami and his family need the support of a community beyond what they knew before.

Opening up to a wider community

The best and most challenging parts of coming alongside Beiruti families trying to return home are the same thing: “Nothing is universal for any family or house, “ Zach explains. “There are a thousand decisions that go into every house because we listen to what the homeowners tell us they need. You can’t just provide windows and doors. That alone isn’t enough to get someone home.”

Families can’t return home if they don’t have a kitchen faucet, a fridge to keep food cold, or a stove to cook on. Being without a working shower, for example, can keep families displaced for months after their home is rebuilt. Filling these kinds of gaps, one family and one home at a time makes all the difference for those with few resources.

“A huge part of our work is community management—getting to know people, learning about their area, about how they live, and the specifics of each place. Just talking to people on the streets,” our colleague Sammy G. adds. Sammy knows this city, but he doesn’t presume to know each family or neighborhood. Listening allows us to see the gaps keeping families from returning home, so we can partner in the most impactful ways.

Sharing gaps with our wider community of members allows us to meet practical, physical needs through informed giving. More than that though, as we all learn about the gaps keeping families from returning home, we can better imagine the complications of displacement. Our empathy is able to stretch across oceans, as members in Venezuela understand the implications of a plunging currency when trying to feed a family, members in Iraq and Syria understand what it is to have the front of your home sheared off in a blast, and members in Mexico and Colombia understand how hard it is to get children to sleep through the night after experiencing significant trauma.

“Going back home is beautiful. Everyone talks about it,” Sammy G. shared. “You can see in their faces when they think about going home, when they talk about it. It’s not just a place or a building. It has a lot of meaning. Giving them hope to get back, it completely changes a person’s life. It completely changes their mentality, their confidence in themselves, their hope.”

This is where can stand with each other, sharing our needs, experience, hopes, and strategies to build more stable, hope-filled communities. So Sami’s grandchildren in Beirut, and your family in other corners of the world, can build their lives in places of hope. 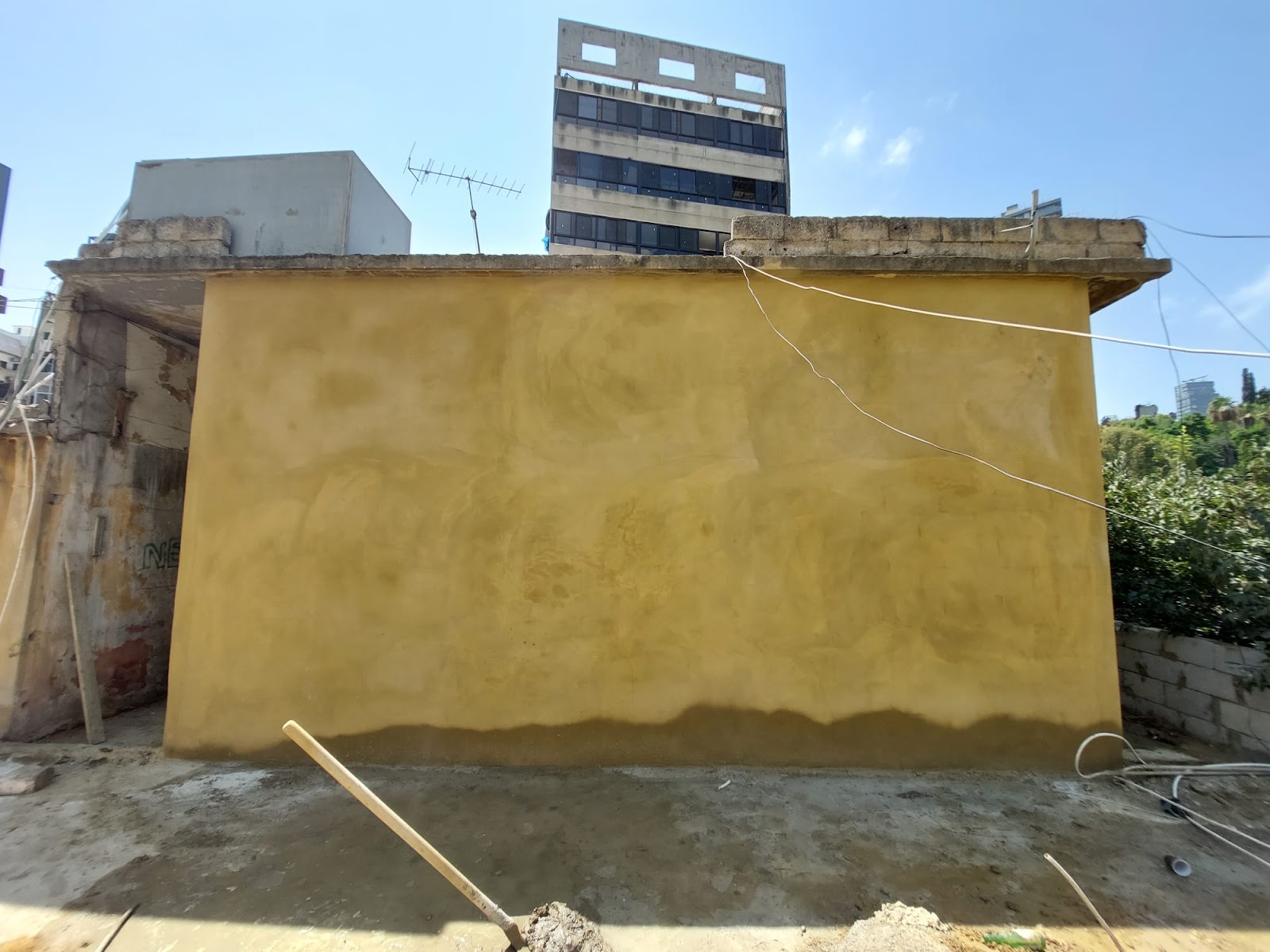 Repaired with concrete block and painted, this building in Beirut is once again a home. Photo by Zach Thrasher / Preemptive Love