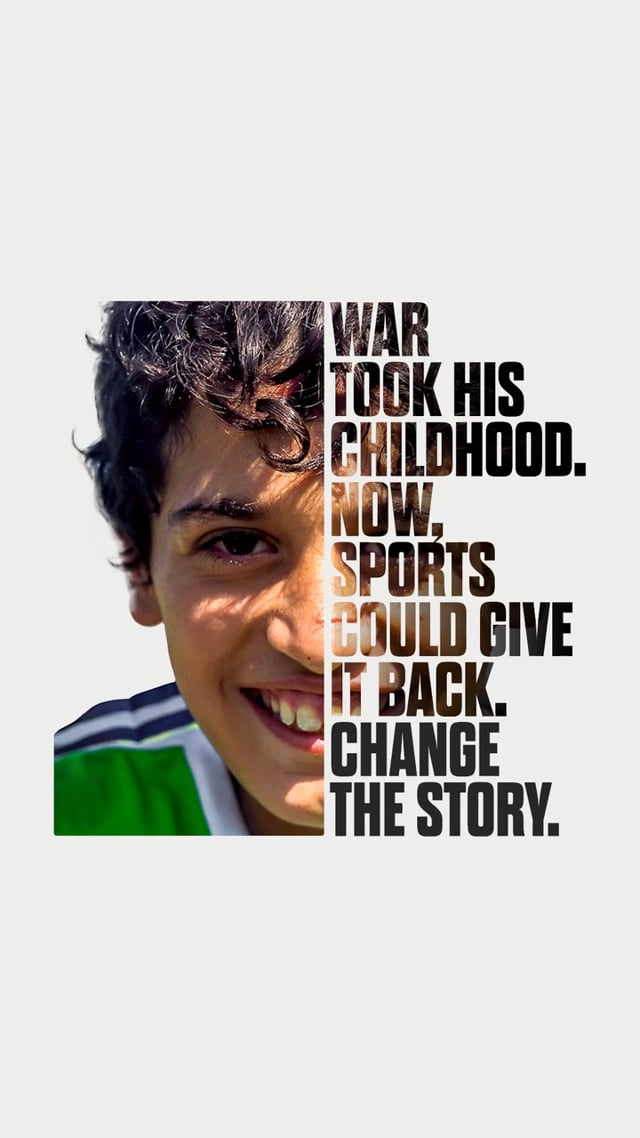 Nader, a Syrian teenage refugee, chases a soccer ball up and down a field in northern Lebanon. A year ago, playing soccer (otherwise known as European football) would have been impossible for him. Nader is from Deir ez-Zor, Syria, a former ISIS stronghold. When ISIS executed his father, Nader’s childhood was cut short. Looking back at that time, Nader reflected, ”I knew what football was because my dad was so into the game. I had a football at home, but I didn’t have a friend or team to play with because of ISIS.”

In spite of the death and destruction surrounding Nader and his five brothers, their mother managed to pay a smuggler to get the surviving family members out of Syria. They arrived at a refugee shelter in Lebanon, where they stayed without support. Life was hard. Not only is Lebanon experiencing its own economic collapse, which has pushed 74% of Lebanese families into poverty, but not all refugee shelters receive national or international financial aid.

After five months in the camp, Nader and his family were able to move in with relatives in northern Lebanon, not far from where we support vulnerable kids and their families through a sports program designed to make peace in unlikely communities. We unite kids from politically divided neighborhoods marred by sectarian violence on the soccer field. By practicing and playing together, team members realize they have more in common with their so-called “enemies” than they thought. They make new friends and help their fractured communities heal.

One of our coaches, Bilal, told us that all the children who participate in this sports-for-peace program arrive devastated. They have seen family members killed before their eyes, destruction in their communities, and fighting on the streets outside their homes in Lebanon. Nader was no exception. While he was watching a game, Nader threw some rocks at the players. Instead of responding in anger, Coach Bilal invited Nader to the next training session.

Coach Bilal explained why the program is essential for kids like Nader, who have had their childhoods stunted by violence. “What we’re trying to do is–through football–to remove the sense of fear and give them some sense of normalcy. Football is the most popular sport in the world. In many cases, it is the only outlet that children have.”

Nader came to the next training session and joined the team. Over time, Coach Bilal observed Nader becoming “more positive towards society,” another example of football’s power to change a child’s story. “I can see the children learning. We need more programs like this so that we can reach for a society with both good people and good players.” Nader agrees, experiencing how sports help refugees feel supported in their new communities first-hand. With this new confidence, Nader is dreaming big. “I would like to become a famous football player. And after attending the training courses, I feel that I have the strength to fulfill my dream as well.”

At its heart, our sports-for-peace program is something much simpler for Nader. “That’s where I first fell in love with this amazing game where different people play together in one heart for one goal.” At Preemptive Love, we are working with one heart, towards one goal: changing the story for everyone whose lives have been disrupted by war, poverty, and violence.