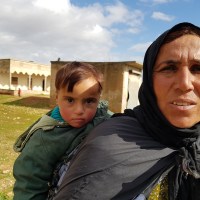 Behind the White House’s Wavering on Refugees

Last week, President Biden wavered on increasing the number of refugees allowed into the US this year. What does it mean for our displaced friends?

UPDATE: On May 3, the Biden administration reversed course a second time, announcing it will fulfill its original commitment to raise the current refugee cap 15,000 to 62,500.

Well that was something.

Last week, the Biden administration kept alive and well the tradition of the Friday news dump, the practice of sharing unpopular announcements at the end of the week to limit unfavorable coverage.

In this case, the news was that President Biden would not be raising the refugee cap as promised for the current fiscal year. A few hours later, after considerable backlash from politicians in his own party and from refugee resettlement agencies, the administration revised their story, saying they do hope to announce an increase next month, but that it will not be the 62,500 they originally promised.

So what’s going on? Why does it matter, and how does it affect the people we serve?

What is the refugee cap?

The refugee cap is the maximum number of refugees allowed to settle in the US in a given year. (For more on what makes someone a refugee, go here.) The Refugee Act of 1980 gave the President authority to set this cap for each new fiscal year, in consultation with Congress. The President can also revise the current cap as circumstances warrant.

Refugee resettlement was not always such a polarizing issue. Four decades ago, the Refugee Act passed with overwhelming bipartisan support, in response to an exodus of families fleeing Vietnam during the late 70s. Refugee admissions soared in the last years of the Carter administration. In the early 80s, they fell sharply before rising again under Presidents Ronald Reagan and George H.W. Bush. Bill Clinton lowered the cap each of his first four years in office. The number held steady for most of George W. Bush and Barack Obama’s presidencies, though Obama increased the cap his last year in office.

President Trump famously reduced the refugee cap to a new all-time low each of his four years in office. For the fiscal year that began October 1, 2020, he set the cap to just 15,000 people.

On the campaign trail and since taking office, President Biden consistently promised to raise the cap and rebuild the United States’ refugee admission program. In addition to its promise to raise next year’s cap to 125,000, the administration signaled that it would take immediate action to increase the current cap from 15,000 to 62,500.

It’s important to note, the refugee cap is the maximum number of refugees allowed in a given year. It does not necessarily mean that many will actually be admitted. In most years, the number of resettlements is somewhere slightly below the cap.

Why did Biden waver on the refugee cap?

The official explanation from the White House is that Biden’s predecessor left the refugee admissions program in even worse shape than previously thought, and that it will take time to put it back together before significantly increasing the number of refugees allowed into the US. However, the Trump administration made no secret of its desire to shrink the refugee program as much as possible. It even tried giving local governments authority to ban refugee resettlement in their communities. (This order was challenged in court.) For a president who promised to hit the ground running from day one, Biden’s explanation of his wavering seems a bit surprising.

The more likely answer lies in a separate but related political hot-button: the crisis at the US-Mexico border.

Since Biden took office, the number of asylum seekers at the border has grown. Most of those forced by President Trump’s Remain in Mexico policy to wait in cities like Ciudad Juárez are still here—the number who’ve been allowed to cross again has been a trickle so far. Meanwhile, hundreds of new asylum seekers arrive at the border each day.

The Biden administration has insisted the situation at the US-Mexico border is not a crisis, despite crowded shelters running short on food and hygiene supplies in the middle of a pandemic. According to some reports, administration officials worried about raising the refugee cap at a time when Biden is already being criticized for his handling of the border crisis.

Why does the refugee cap matter?

Worldwide, there are 26 million refugees. That’s only a fraction of the 80 million people who’ve been forced from their homes, many of whom do not qualify for official refugee status and the protections it can offer. Displacement is not just the aftermath of violence; it’s a recipe for future violence. Instability breeds conflict. Many refugees do not have the means to work—and a lack of income is one of the biggest indicators of war.

Refugee resettlement is one way to help those who’ve lost their homes, their safety, to violence and persecution. It’s not the only way, but the refugee crisis is so big (and it’s about 30% bigger than it was in 2015 when Alan Kurdi’s body washed up on a Turkish beach and the whole world seemed to stop), that we need more than one way to show up for our displaced friends.

The refugee cap matters because there are so many families hoping, waiting to get on a flight to a new life—a safer life—in the United States. Not raising the cap, or not raising it as much or as quickly as promised, means many families fleeing violence now won’t find safety soon enough.

What does the refugee cap mean for the friends we serve?

When President Trump changed refugee policies in ways we believed would hurt our displaced friends, we spoke up. When President Biden or any other leader of any political party does the same, we will speak up.

Right now, the US government is failing refugees. But we don’t have to.

That’s why we’re creating jobs benefiting thousands of Syrian refugees in Iraq. That’s why we’re rushing food and medicine to those who never left Syria, those still caught up in the country’s decade-long war. That’s why we’re on the northern and southern Mexico borders, serving at both ends of the asylum seeker crisis, providing food and hygiene supplies to protect families. That’s why we’re taking our game-changing digital jobs platform and putting it on a bus, so we can bring jobs to asylum seekers without them having to leave the relative safety of their shelters in Juárez.

We will continue to show up for refugees and asylum seekers, wherever they are. Wherever they end up. Whatever doors politicians may open or close for them, we will walk this journey with them.

Join our community of peacemakers—and provide food, medicine, and jobs for refugees. Give monthly.