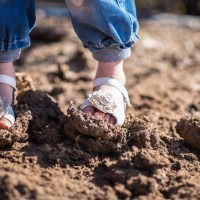 When we hear about refugees, asylum seekers, or migrants who are fleeing their country and pursuing home in a new country, we often use broad generalizations for why they are leaving: escaping persecution, fleeing war, or seeking better economic opportunity. But the real reasons people leave run much deeper. They are more nuanced, specific—and often surprisingly relatable.

Here’s what you need to know about why people flee:

War is often a factor in people leaving their country. But people don’t all immediately start leaving when war breaks out—there’s a tipping point.

They might stay until conflict reaches their city, forcing them to flee for their safety. A lot of our refugee friends from Iraq and Syria fled not when the conflict started, but when ISIS came close to their community, when the safety of their families were threatened, when they began to hear stories of the violence that was being done close to home.

Sometimes it isn’t war, but gang violence that forces people out. In Central America, gangs pose a real threat, one as dangerous as war.

One woman explained that she was forced to leave when a gang, mistaking her tattoo as the symbol for a rival gang, threatened to kill her. Another woman in Honduras fled after both her mother and son were killed in the same week by gangs. Despite knowing the trek to the US would be dangerous, she left because she knew: “If I stay here, I will die.”

They leave because of war, because of gang violence, yes, but it’s more than that. It’s imminent danger, it’s the threat of unspeakable violence, it’s the specter that follows you through your days until you finally are able to flee—whether you are a refugee from the Middle East or a “migrant” from Central America.

Related: What’s the Difference Between a Refugee, a Migrant, and an Asylum Seeker?

In many countries, governments do not protect the rights of the vulnerable or oppressed. Women, children, the disabled all have limited power. Minorities and members of the LGBTQ community face persecution. Victims of domestic violence may be fleeing in order to keep their children and families safe, because their governments won’t.

Some families pay extra money—money they may not have—for their kids to attend different schools in order to keep their children safe from gangs. Gangs often begin recruiting boys between the ages of 6 and 12. Young girls aren’t safe either; they are often either recruited for gang membership or targeted for sexual abuse.

Can you imagine how horrible your situation would have to be for you to risk giving up your child so they might be safe? That’s what so many are facing in Central America.

In many places, families flee because of dire economic circumstances or a lack of essential public services. In Iraq and Syria, for example, some communities are completely devastated by conflict. Water treatment plants and hospitals are bombed out. Schools are often targeted or used as military bases.

This is the situation in some places in Central America, where people are expected to somehow live on as little as $5 a day. They might be labeled “migrants” because they are looking for new opportunity, but make no mistake: they are just as desperate for safety and a new beginning as refugees fleeing war.

And it’s not just people in other countries who are forced to flee. After the devastation of  Hurricane Harvey in 2017, many Americans were displaced by flooding. The government offered vouchers allowing some families to stay in hotels for up to two weeks, with a possibility for extension depending on circumstances. But as hotels around Houston filled up, people were forced to look for vacancies further and further from home.

Some had to travel 250 miles to find a hotel with vacancies that was willing to accept government vouchers. These families were forced to make impossible choices regarding work and school. There was no place for them to stay closer to their community. That kind of distance completely disrupts all normal routines and obligations.

Many families that were displaced by Hurricane Katrina in 2005 have never returned to their original communities. Once you are forced to create a new rhythm elsewhere, it’s difficult (and expensive) to uproot again to return and rebuild. This is the case for refugees, asylum seekers, and migrants—just as it is for Americans displaced by natural disaster.

We see pictures of people fleeing, we hear stories. But it’s easy to separate people into general categories, to reduce their reasons for leaving down to a single motivation: war, oppression, opportunity.

The real reasons people leave are more specific and often, much more closely aligned to our own situations, with our own hearts. Our refugee friends, asylum seekers, and migrants alike are struggling to preserve their safety and the safety of their families. They are working to preserve a life or to create a new one that has possibility, opportunity, that has access to schools and hospitals, a stable income and consistent family routines.

Don’t we crave these same things? It can be easy to think we are different from those who flee because we in our situations aren’t as desperate. But if we look closer, if we take the time to listen, to see, we can find ourselves in those who are running. We can move past judgment and assumption and find understanding and compassion.