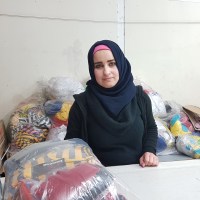 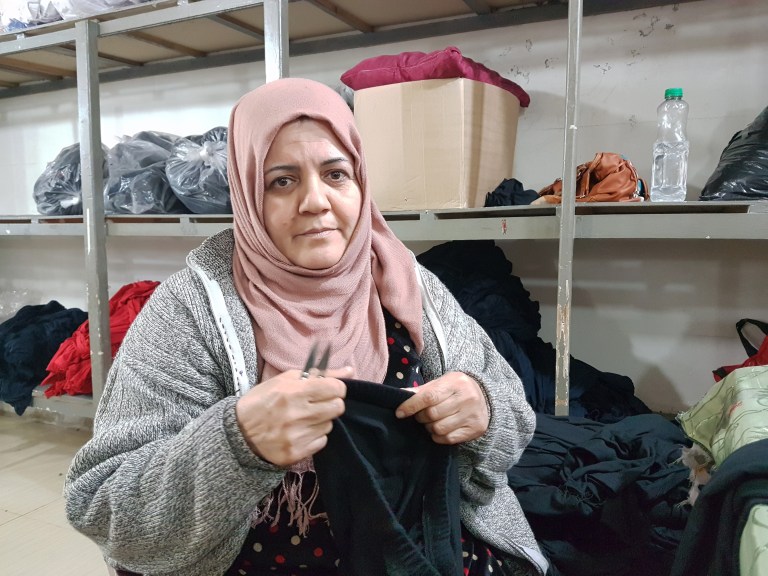 Do you remember when we told you that families in Deir ez-Zor, Syria were struggling in the winter cold without enough warm clothes? You responded to our call.

And Waheeda (pictured) helped to make the clothes that will keep Syrian children warm until summer.

Waheeda checks over each seam of the thick, long underwear made at the Syrian factory where she works. Each garment passes through cutting and sewing stations, and finally landing at her station where she keeps a close eye on quality. She is efficient and skilled, quickly scanning for wayward stitches or unclipped threads.

Life hasn’t been easy for Waheeda and her family over the last four years. They were displaced from their home by war and found refuge in a safer area of Syria. Despite everything she’s gone through, she tells us she’s happy with her life and loves the time she spends at work.

It might be because she’s a mom herself—of three boys and three girls—but Waheeda told us that she especially loves projects like this that helps people.

When we first learned that warm clothing was an acute need for so many Syrian families, we wondered if we could source the clothing inside Syria. It’s always a priority for us to source aid as close as possible to the need, so purchases help people in vulnerable local economies.

The textile industry, from cotton production to the manufacture of finished fabric, long held a significant place in Syria’s economy. It’s estimated that up until fifteen years ago, 20% of the population was involved somewhere along the production and manufacture of cotton, textiles, and finished garments. 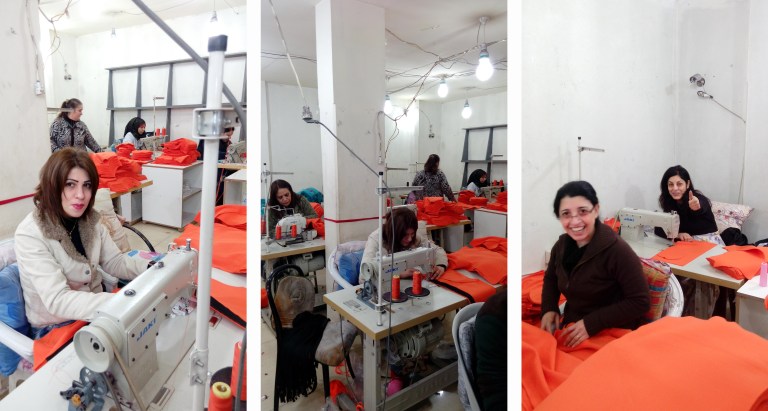 What changed? Cotton is a thirsty crop. 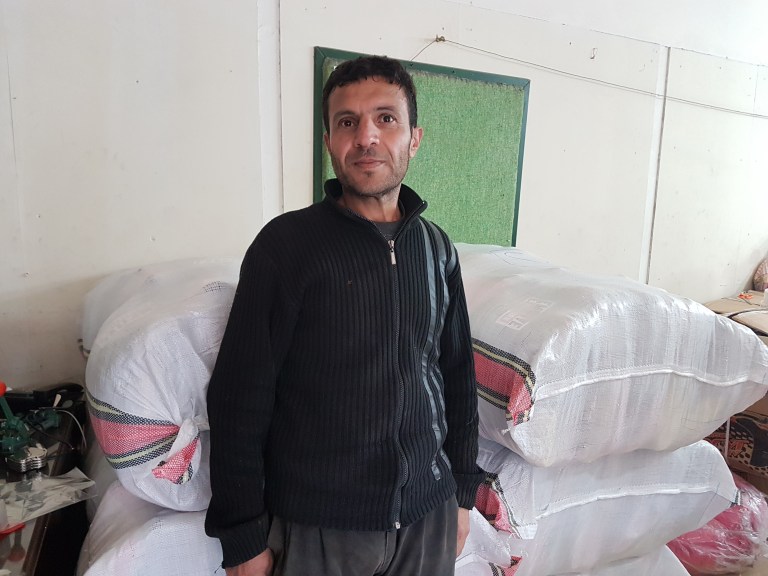 Abdelrahim used to have a small sewing factory outside Aleppo. It was a good business, and supported him and his family. War forced them away from their home and from Abdelrahim’s factory—everything he had worked his whole life for was vulnerable.

As soon as they left, everything was stolen by armed militias. This is a common occurrence when resident families are displaced. Business contents, and especially valuable factory machinery, are converted to quick cash on the black market.

When cotton crops failed and war bloomed, business owners who had enough cash on hand moved their factories and workshops to neighboring countries like Jordan, before violence consumed the country. Outside Syria, they no longer had to worry about inconsistent electrical supply, sanctions, difficulty shipping goods and transferring funds, and perhaps most important of all—retaining a workforce when so many men of working age were pressed into fighting, either for the army or a rebel militia.

What business resources weren’t transferred to another country or stolen were most often bombed or burned, making it harder for former residents to return.

Abdelrahim is only 39 years old, and he still dreams of returning home to reopen his factory. At this point it seems unlikely—he has no more savings, and no capital to invest in replacing expensive equipment. But he does have a job working in a textile factory, a collective staffed by displaced Syrians who are supporting their families and saving to rebuild their futures. This is where we purchased clothing for the distribution

Abdelrahim, just like Waheeda, had a role in making the clothing for distribution to Syrian children in need. He is thrilled with this project, thrilled to help people who went through the same thing his family faced just a few years ago. 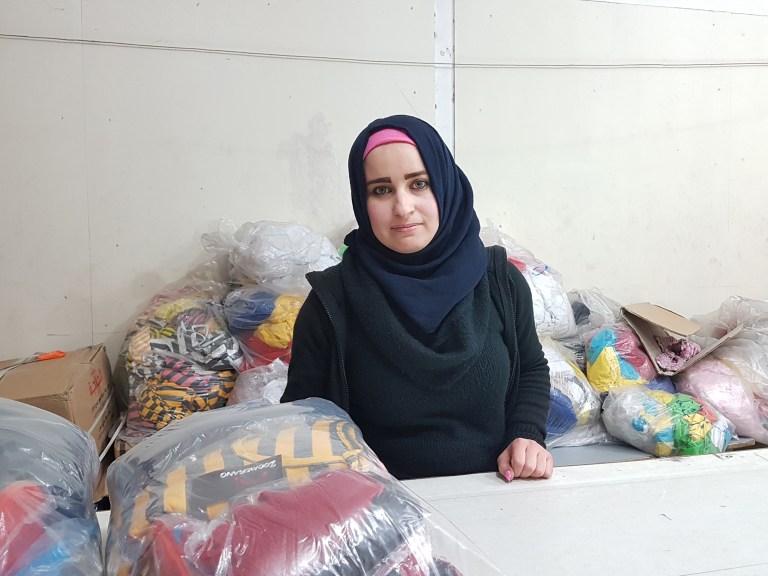 Sahar is 26 years old, and has been displaced since the beginning of the war seven years ago. She too works in the collective textile factory, and neatly packaged finished clothing so children could wear it immediately.

Every donation you made to provide warm clothing for Syrian children has had at least four levels of impact.

1. You helped Syrian children suffering from the cold to receive warm clothing—long underwear, undershirts, and shirts for layering.

2. You gave displaced Syrians like Waheeda, Abdelrahim, Sahar, and Rabab a little more job security at the textile factory.

It’s not easy to find work in country at war. For these displaced workers, a regular salary is a lifeline. Sahar has worked at the factory since 2015. She is so happy in the work—her supervisors are nice to her, and the work isn’t overly strenuous.

3. You helped to keep a once-thriving textile industry alive.

Eventually the war in Syria will end, and operational factories like this one will be the backbone to restore sustainable communities.

4. You helped displaced workers help others.

Every worker we spoke with mentioned how grateful they are for the chance to help their fellow Syrians. Sahar told us how happy she is to do this work for her “neighbors” 200 miles away in Deir ez-Zor. “They are my brothers and sisters.”

You are there in Syria helping at the point of critical need with warm clothes. You are supporting displaced families by providing  much-needed job security. And you are supporting the redevelopment of areas impacted by war.

Thank you. Stay tuned for more updates from Syria.