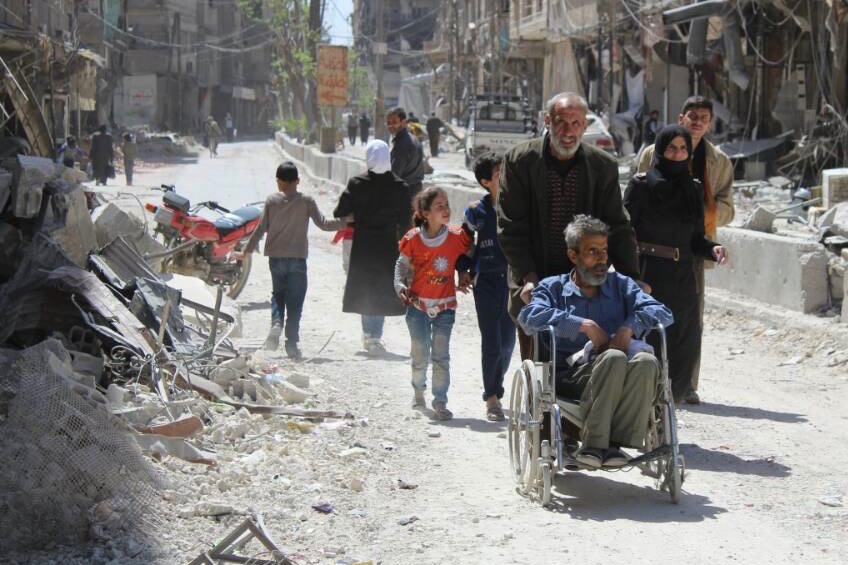 An alleged chemical attack has reportedly left dozens dead and 500 injured on the frontlines outside of Damascus. We’re operating less than a mile away.

Up to 150,000 people are running straight toward us—on top of thousands more who were already forced to flee. They are hurt, scared, and hungry.

We are ready to meet their needs. But we need your help.

Give today and help families survive:

Monthly gifts are preferred. Any amount helps us make smarter plans and longer commitments to the people we serve.

Donations beyond the cost of this emergency response will be used where needed most in Syria.

This week, we provided food for hundreds of families inside Douma, the location of the alleged chemical attack on April 7. 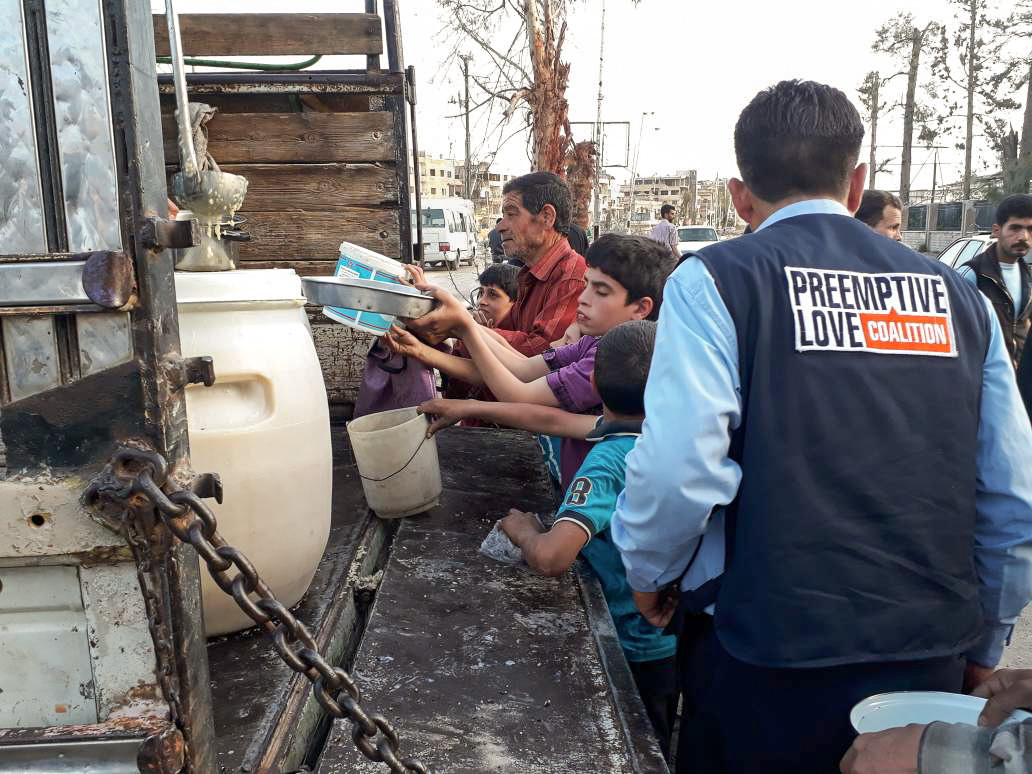 Thanks to your continued generosity, we are expanding our emergency response in Syria—providing another 30 days of cooked meals for 3,500 displaced families, distributing essential hygiene items to thousands more families, and sending additional mobile medical teams to the frontlines to mend the wounds of war. Read more…

The US, France, and the UK launched strikes last night in response to the chemical attack in Syria. Our staff and colleagues in the area are all accounted for and safe. We are continuing to respond to the needs of those displaced by the conflict.

Syrian forces claim to be in complete control of eastern Ghouta. Our friends and colleagues serving on the ground are holding their breath, waiting to see how the US will respond. Yesterday they sent this message: “If anything happens to us, please know we love you.”

Meanwhile, families are continuing to pour out of Douma, the site of the alleged chemical attack. Get the latest on the attack and our response. Read more… 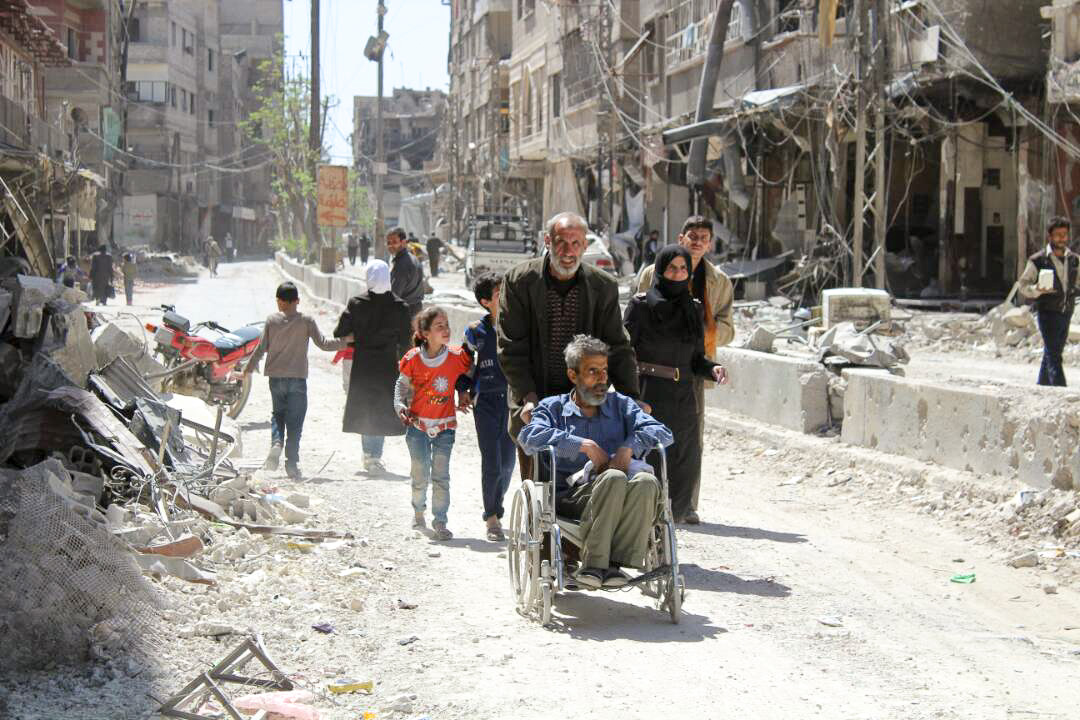 US President Donald Trump has promised “major decisions” concerning a possible retaliatory strike within the next 24 to 48 hours. The mobile medical clinics you’re supporting inside eastern Ghouta have started to receive families fleeing Douma, the site of the alleged chemical attack. It’s unclear if any of them were directly injured in the chemical attack—but it has already triggered a new wave of displacement, and you’re there to meet those who have fled. Read more…

A chemical attack on the city of Douma is alleged to have killed dozens and injured 500 yesterday. Symptoms reported included shortness of breath, suffocation, and foaming at the mouth. Once more the headlines out of Syria are filled with harrowing images of children affected by chemical exposure. You are supporting mobile medical clinics currently operating less than a mile from the site of the attack.

Prior to the attack, from March 12–20, the medical teams you’re supporting treated over 10,000 people for war-related injuries and illnesses. For many of these families, it’s the first medical care they’ve received in months—or years.

In addition, you’ve already provided 1,000 hygiene kits protecting families from disease, as well as clothing for hundreds of adults and children, and diapers for 500 infants.

Effective March 21, we expanded our emergency response to provide urgent medical care for an additional 60,000 people fleeing eastern Ghouta, along with emergency nutrition bars for 10,000 children.