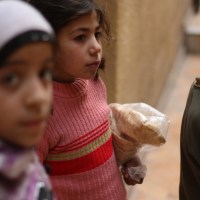 Today marks the seventh anniversary of the conflict in Syria—longer than World War II.

The war(s) in Syria are incredibly complex, as if you need us to tell you that. There are literally thousands of militias spanning the country, some with extremist leanings, some with more moderate leanings, some more “religiously” branded while others remain “secular.” Alliances and truces often form and break so quickly, even the experts can’t keep up.

Then consider the broader geopolitics of it all, how politicized this conflict has become, how regional powers like Iran, Turkey, Saudi Arabia and global powers like the United States and Russia, are backing certain militias and carrying out proxy wars of their own, with their own agendas, with their own ways of narrating the conflict.

It’s all just so sickeningly, mind-numbingly complex, And complexity, on top of all the death and devastation, has a tendency to paralyze us.

So how can we resist that paralysis?

What can we do in the face of such overwhelming noise and confusion? How can we know what’s right and how to respond?

If you’re asking yourself these questions—as we often do—there’s good news, because you’re already responding. Your love-filled responses in Syria are cutting through the noise and confusion and getting straight to the local people.

Politicians and pundits and other big-shot leaders may think they get to decide for us—that’s certainly what they want you to believe.

Ultimately each of us has the agency, the ability, the energy to respond to even the most overwhelming, impossible conflicts of our day. 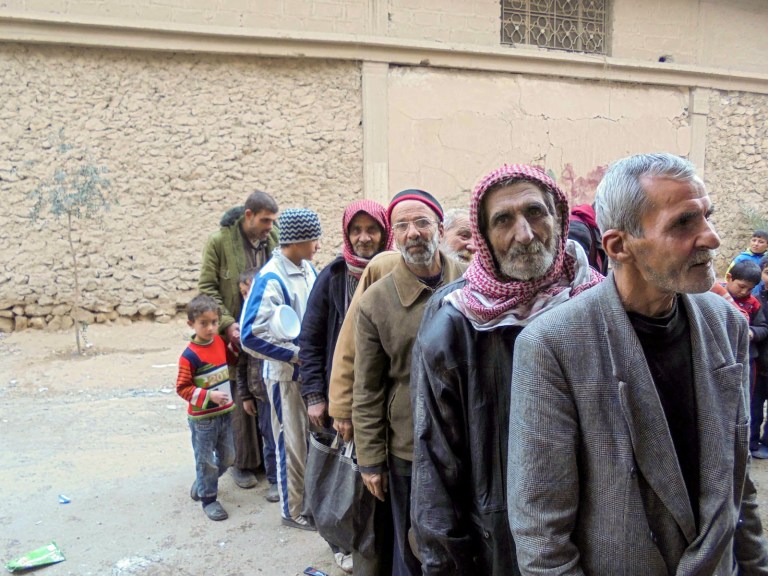 You’ve proven that time and time again. Over and over, when the world has seen impossible darkness, you’ve chosen to shine light into impossible places. Like Aleppo. Raqqa. Deir ez-Zour. Ghouta.

The easy thing to do today, as we mark seven years of war, would be to remind you of the heavy toll it’s taken. To share mind-numbing statistics of how many dead, how many displaced, how many in need of aid. And we need to be aware of the toll war has taken—and will continue to take. Especially since so many of us live in countries that are complicit in it. These numbers are not hard to find.

What is increasingly hard to find in Syria is hope. But it is there, defying the darkness.

From our first food delivery on the outskirts of Aleppo, right on through to today, serving on the edge of eastern Ghouta, your love has shined on the frontlines. 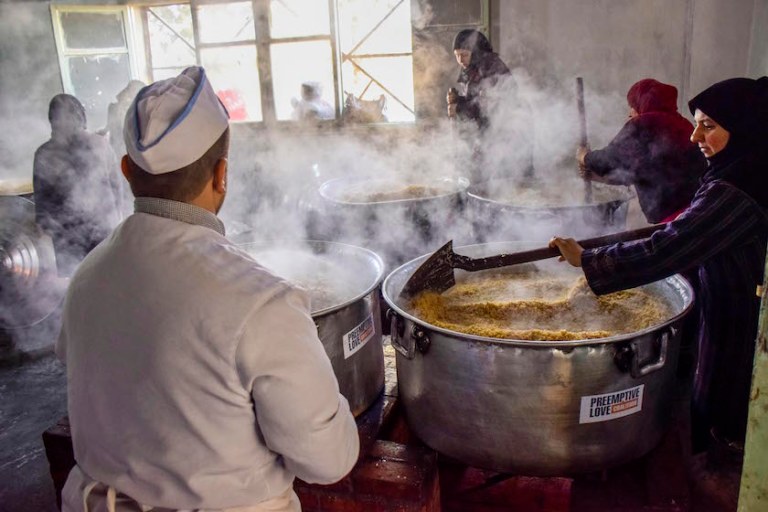 You’ve fed up to 31,000 displaced people a day, almost nonstop for over a year. First in the Aleppo countryside as thousands fled bombardment, then inside Deir ez-Zor, after the entire city was starved by ISIS for three long years.

You’ve kept fleeing families warm for two winters in a row now, providing sleeping bags and winter survival packs—made locally by other refugees putting the pieces of their own lives back together. 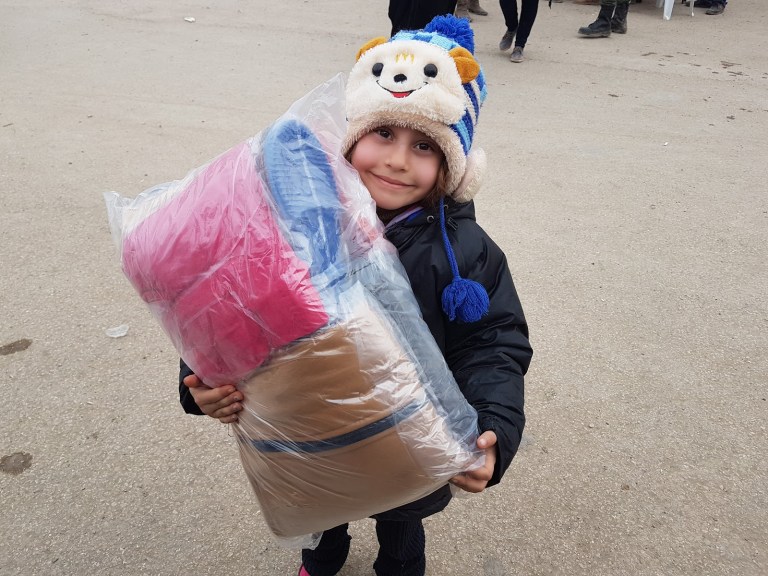 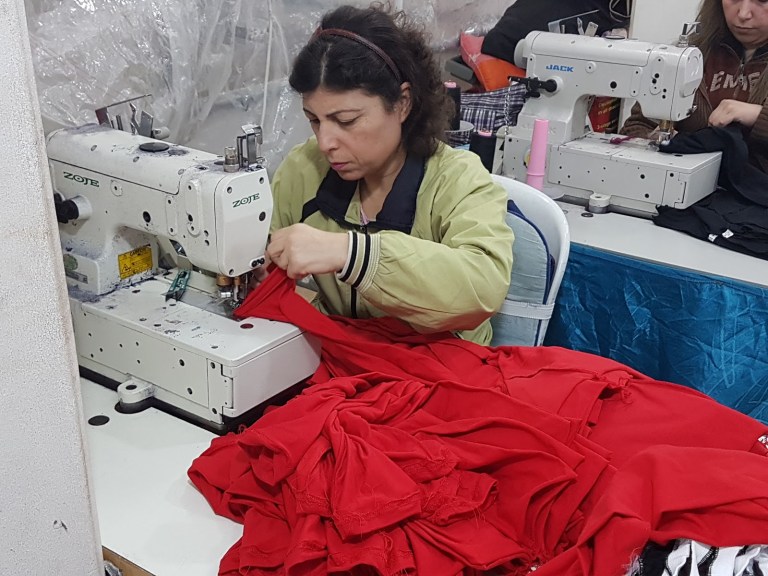 You’ve delivered bread and other essentials to besieged, starving families.

You’ve rushed medical care to the frontlines, as hospitals are damaged and destroyed, time and time again.

And now, as families in one Damascus suburb face the unthinkable, you are there. As they are forced to flee after enduring weeks of bombardment, as they risk sniper and mortar fire from all sides in hopes of finding safety, you are there. Mending wounds, clothing those who arrive with nothing, providing hygiene kits to protect vulnerable families from disease, helping moms feed and care for their youngest children. 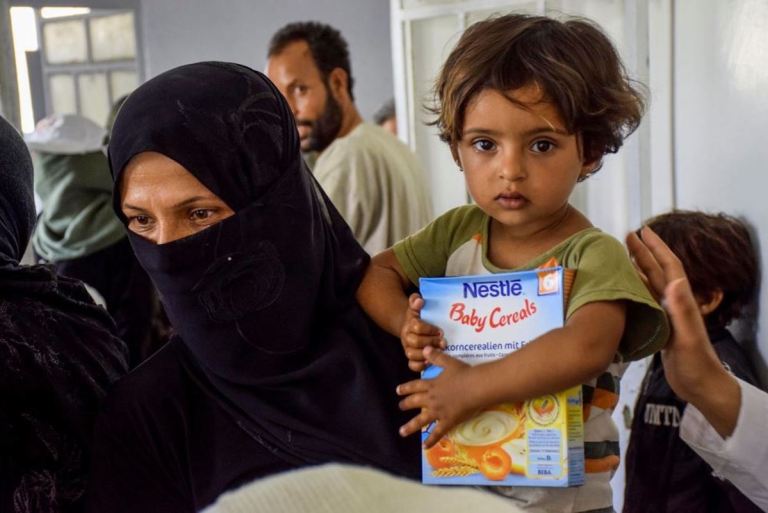 We cannot turn our eyes from Syria, even as “global interest in the conflict is waning,” according to one report. The number of people sharing on social media about what’s happening in Syria is one tenth what it was a year ago.

It’s not because people don’t care. It’s because they feel exhausted and helpless.

So on this, the seventh anniversary of a war that feels like it will have several more anniversaries before it’s done, remember this:

You are not helpless.

You have the power to unmake violence.

That power might feel small in the wake of so much death and destruction wrought by so many powerful, warring factions.

But you fed 31,000 people today. You made someone in Syria feel “human again” today. You gave someone their first taste of hope after years of war.

And you’re not done yet.

Continue standing with the families of Syria. Show them—and the world—that you refuse to let violence have the last word.